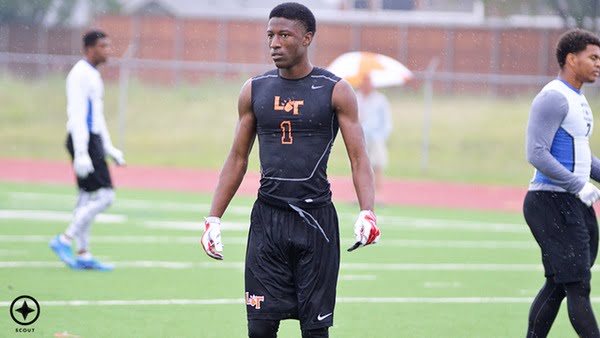 The Cowboys have picked up verbal commitments from some big names on the recruiting trail this offseason. Here’s an update on the status of the 2016 commitments.

Since committing to the Pokes, Starkel has gained exposure on the recruiting trail, and was recently offered by Texas A&M. Starkel competed in the Elite 11 semifinals this weekend, and is also a pretty talented pole-vaulter as well.

Alexander is one of the most dynamic athletes for Lancaster (TX), and rushed for 1,147 yards last season as quarterback. This season saw quarterback Ryan Ross transfer to Lancaster, which will allow Alexander to slide into the wide receiver position. At 6-foot-2, Alexander is primed for a breakout season and is a home-run threat with elusiveness unique to his size. Just watch the first two plays from his highlight and you’ll see why he is a highly sought after recruit.

Williams is a Louisiana product who has offers from Oklahoma, Arizona, Missouri, Baylor, and plenty more. Being one of the high-profile recruits in the 2016 class, Williams has connections that could pay dividends for the Cowboys down the line, including a little brother who can flat out play.

Hill was the first recruit to commit in the 2016 class. Over two seasons at Booker T. Washington (Tulsa), Hill has compiled more than 2,200 rushing yards and 35 touchdowns.

“I’ve always wanted to play for OSU,” Hill told Mike Brown of the Tulsa World. “After I went up there and looked over the facilities and met the coaches, I fell in love with it even more.”

When asked about what made him commit to OSU, he told the Recruiting Guru, “It’s the place I needed to be at. The coaches are going to take care of me as one of their own. They said I can be an impact player on the program.”

The Cowboys seem to be set at cornerback for now, also holding verbal commitments from Malik Kearse and Madre Harper.

The Pokes currently have the No. 6 class in the Big 12, according to the 247sports composite. You can view the entire list of 2016 recruits here.