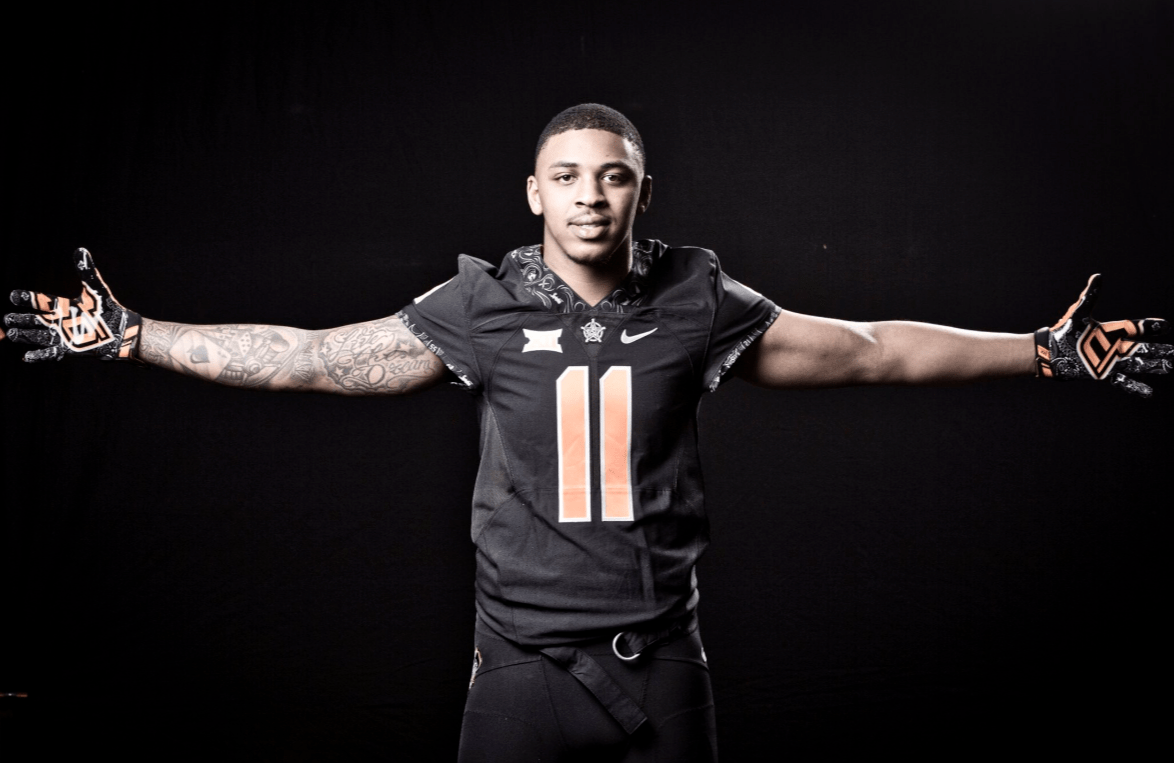 Stop me if you’ve heard this before: Star wideout who didn’t get it done at LSU looks for new home and lands in Stillwater to play for Oklahoma State.

Tyron Johnson? Yes. But also potentially Dee Anderson. The former LSU wide receiver announced he was transferring in December just before his former squad won it all against Clemson.

Anderson graduated so he’ll be immediately eligible for the team he ends up on, and as of right now it seems as if that team will be Oklahoma State. Anderson visited Stillwater a month ago and on Thursday tweeted this out.

That doesn’t necessarily mean anything, but according to multiple I talked to, this has been in the works (and maybe even a done deal) for a while.

Anderson, who is a former four-star wide receiver from DeSoto, had his best year for LSU back in 2018 when he caught 20 passes from Joe Burrow for nearly 300 yards and a touchdown.

He was suspended for all of 2019 (what was supposed to be his senior year) for … conditioning.

There’s no doubting the talent though. Out of DeSoto he had offers from OU, Alabama, Tennessee, Texas, Washington and LSU. A who’s who list of elite programs. He’s currently the 11th-highest ranked WR in the transfer portal (although that’s based on high school, and C.J. Moore is ranked ahead of him).

This would be a nice get for the Pokes to go along with Tylan Wallace, Dillon Stoner, Braydon Johnson, Landon Wolf and whoever else emerges from the young crop of wideouts still in the room, including (potentially) four-star redshirt freshman Langston Anderson.

This would also add to OSU’s growing list of transfers. Here’s where it stands right now.

When you consider how other Big 12 teams have recruited to the transfer portal, this is a big deal. It would give OSU (by far!) the strongest crop of transfers coming into the 2020 season to add to their list of players out of high school. We can (and should) bemoan the way the Pokes have recruited high schoolers over the years, but they’re making up for it with some of the players they’re bringing in from other schools.