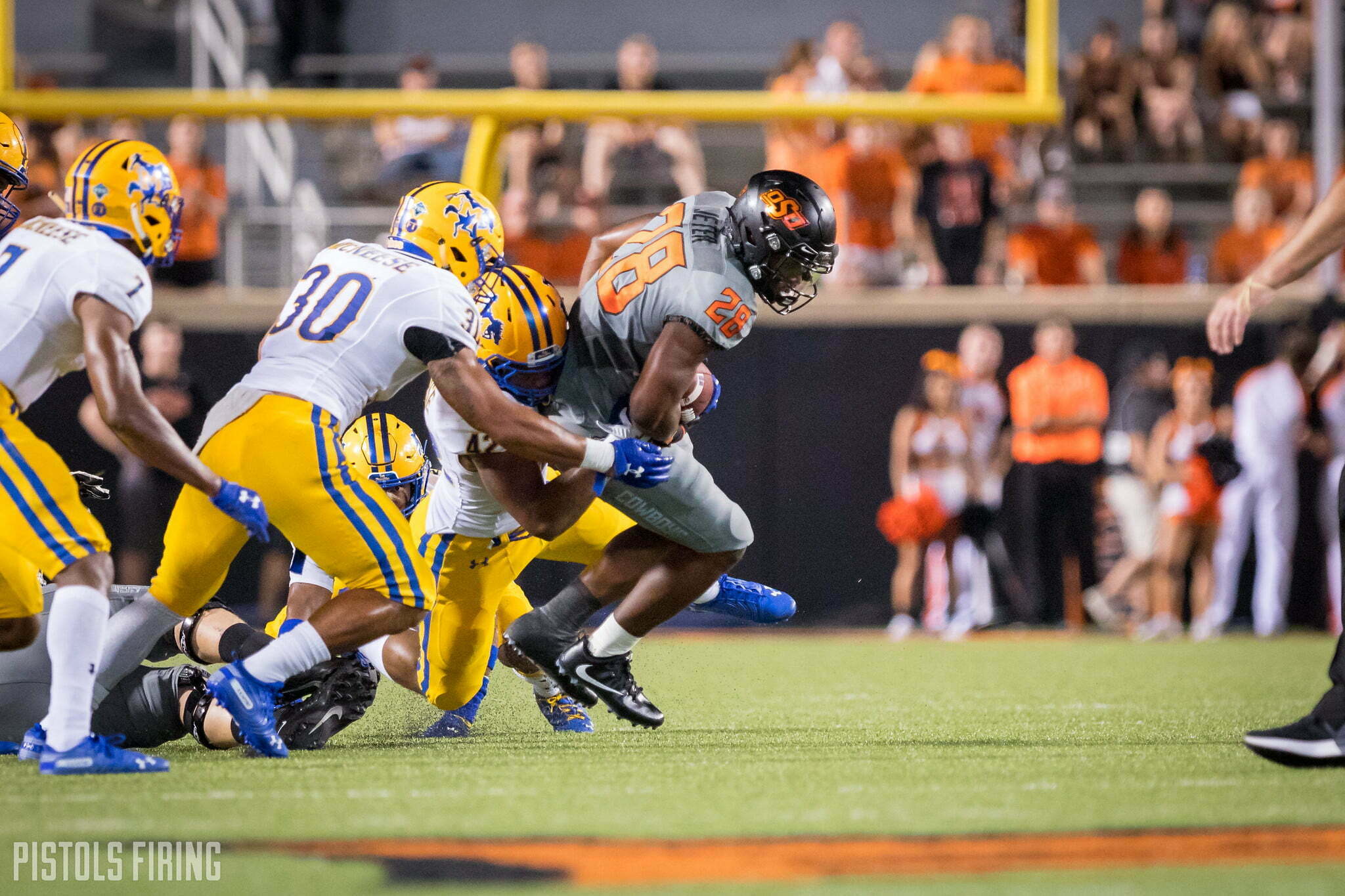 It’s portal SZN, and Oklahoma State has been hit again. Running back Jahmyl Jeter, who has been in the portal for most of the fall, committed to Texas State on Wednesday.

Jeter was a 3-star recruit coming out of high school and one of the top 100 players in the state of Texas in the Class of 2018. He had offers from Iowa State, SMU and Texas A&M during his final year at Brennan High School in San Antonio.

And it was presumed that after a redshirt freshman season, he would jump into some sort of mix at running back in his second year with the Pokes in 2019. It never happened though. He had 11 carries for 34 yards against McNeese, and that was the extent of his production in Stillwater.

Time for a new beginning…I would like to say thank you to everyone who supported my discussion and stuck with me through this process. Also I would like to thank Oklahoma State as well!. pic.twitter.com/PUBYWVgOlN

Now Jeter will move on to Texas State where he will have to sit out a season unless he’s granted a waiver to play immediately. In the fall — when Jeter first entered the portal — Mike Gundy said, “it’s like the NFL, if you don’t like it just ask to be traded. He wants to get in the portal and see who wants to re-recruit him.”

The bigger story here for Oklahoma State is obviously running back depth. With no current commits in the 2020 class, their RB depth looks like this going into the new year.

If you erase Chuba (because … he gone) and note that most of the others outside of Brown, Jackson and Glass are walk-ons and the entire situation is a big 😬😬😬 from me.

Are you really going into 2020 with a top three at running back of Brown-Jackson-Glass, the latter two of which are completely unproven at this level? And also with no freshmen coming in (at least as of now)? Maybe they get a late gift in Daniyel Ngata who turns into their Justice Hill, but it doesn’t look great right now!

And while Jeter transferring is not the biggest deal in terms of actual production, it’s one more reminder that running back — especially if No. 30 ejects — has gone from an exclamation mark to a question mark over the last few years.