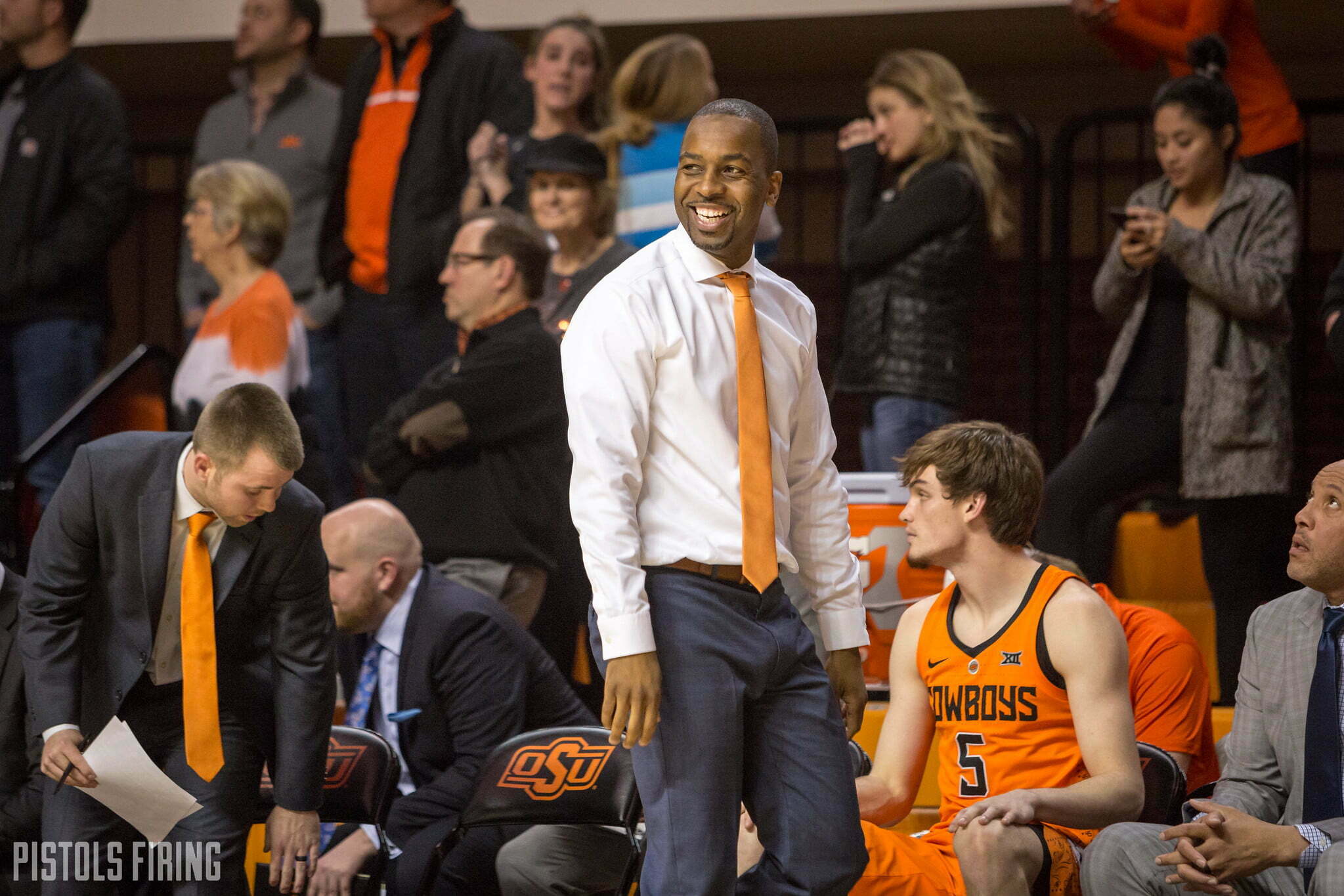 The Cowboys were among the first programs to offer Rylan Griffen, and they’re still in the running.

OSU offered Griffen in April of 2020, coming behind TCU and Texas A&M, programs that are no longer in his running. He is a bouncy wing player who can score on all three levels. Brandon Jenkins, a recruiting analyst for 247Sports, evaluated Griffen in July.

A scoring guard whose game is predicated upon upside, Griffen will be as good as he wants to be in the game of basketball. He has the tools to evolve into a high-level defender and the upside to be a tough shot maker who can put the ball in the basket in a variety of ways. Griffen can score from all three-levels on the floor and is a solid shooter but he could still use some improvement in that area of the game. Improving his shot selection at times could enhance his development in that area and increase his overall field goal percentages. He has solid length combined with elite bounce. If given a path to the rim, he is bound to make something special happen above the rim that is highlight worthy. A very thin and slight framed swingman, adding weight and muscle will be key in Griffen’s production at the high major level. Overall, Griffen is an extremely talented prospect. His ceiling will be determined by him getting physically and functionally stronger and remaining engaged in all areas that impact winning.

Griffen is the latest 2022 prospect to include Oklahoma State in his top group, but far from the first.

Quion Williams is the only commit in the Cowboys’ 2022 class at this time. With potential NBA Draft picks, the transfer portal and COVID eligibility waivers, it’s uncertain how many spots Oklahoma State will have in the 2022 cycle. As things stand, Isaac Likekele is the Cowboys’ only counting senior, but Avery Anderson, Bryce Thompson, Moussa Cisse and Kalib Boone have popped on NBA mock drafts over the past year or so, as well.