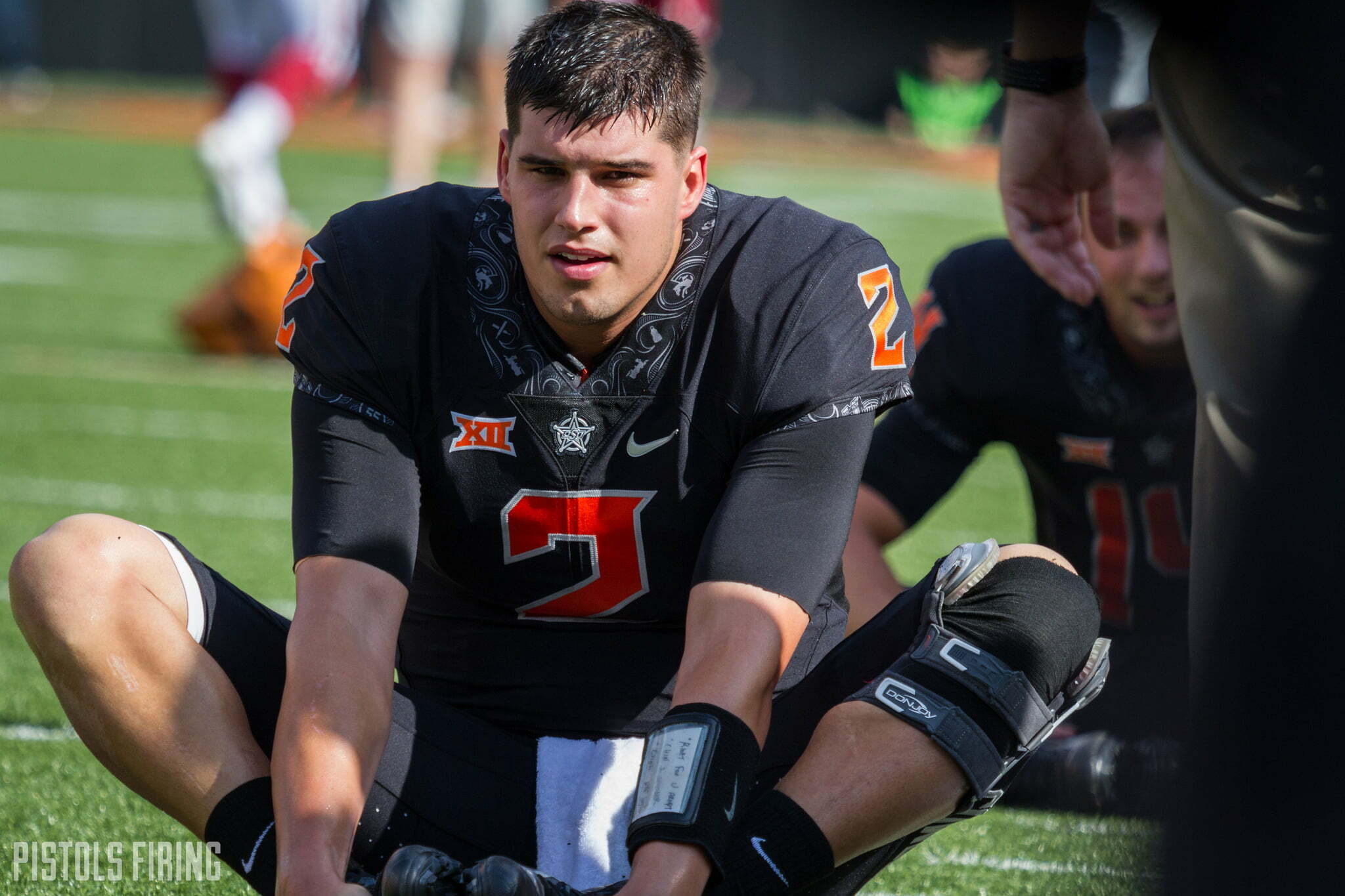 If Mason Rudolph is in the middle of a final lap round the Big 12, Mike Gundy is doing his final lap around media availability when it comes to singing the praises of QB1. And why not? He’s a record-setter who recently broke Gundy’s own mark on the wins record in OSU history to which Gundy said, “He deserves all the records.”

He didn’t stop there on Monday.

“I had a good conversation with his mom and dad outside the bus up there on Saturday,” said Gundy. “I don’t get to see them a lot. The one thing I told them was this. When he finishes here, he finishes here he’s probably going to be the most-decorated quarterback in the history of this school. We can argue stats, wins, whatever.”

Not probably. Definitely. It’s already happened. He holds all the marks. Wins, completions, yards, TDs, all of them.

“Here’s what he’s done. He has been the most committed player to this team that I’ve ever seen. Really, the organization. With his commitment to ‘I’m going to try to do the very best I can.’ Doesn’t guarantee you’re going to make all your throws. Doesn’t guarantee he’s going to misread something. Doesn’t mean that you might not throw an interception. But his commitment to success for his team and himself is through the roof.

“That’s what I shared with his mom and dad. I said, ‘All the other stuff is awesome, but what he’s done, you guys should be really proud of.’ I have three sons. I would only hope they would be that committed to some organization at some point in their life. Only hope. And he’s done it humble. He’s a low-ego guy, and he’s humble. I’m proud to watch him … he makes me proud. That’s what he does.”

Mullet Man waxing poetic about his signal-caller is a heck of a thing to watch.

And Rudolph can feel the ride coming to an end. This is the time of the year when seniors start reflecting on the fact that they’re in the waning moments of one of the most special times in their life. Rudolph will likely move on and play professionally in some capacity, but it will never be like this again.

Here’s what Rudolph told the Tulsa World before the Iowa State game (in a must-read column).

“I kind of thought about it last week. We’ve got hopefully five games left if we can get back in this (Big 12) thing to go to Dallas, but only four guaranteed left,” he said. “It kind of finally sunk in.

“I was like, ‘It’s the last time I’m gonna be able to play with this group of guys. We’re gonna be 40 one day and talking about the 2017 season and what could have been and what we did.’ I just wanted to make sure those guys knew, ‘It’s right here. We’ve got a guaranteed four to go. Let’s max it out. Let’s empty the tank. Let’s do everything in our ability to come out here and enjoy the game. There’s nothing like it.’ ”

It’s been a special few years for Oklahoma State football, and Texas Tech can make it even more special with a monster upset win in Lubbock this week. That would give Rudolph an opportunity to claim the one thing he’s never touched: A Big 12 title.