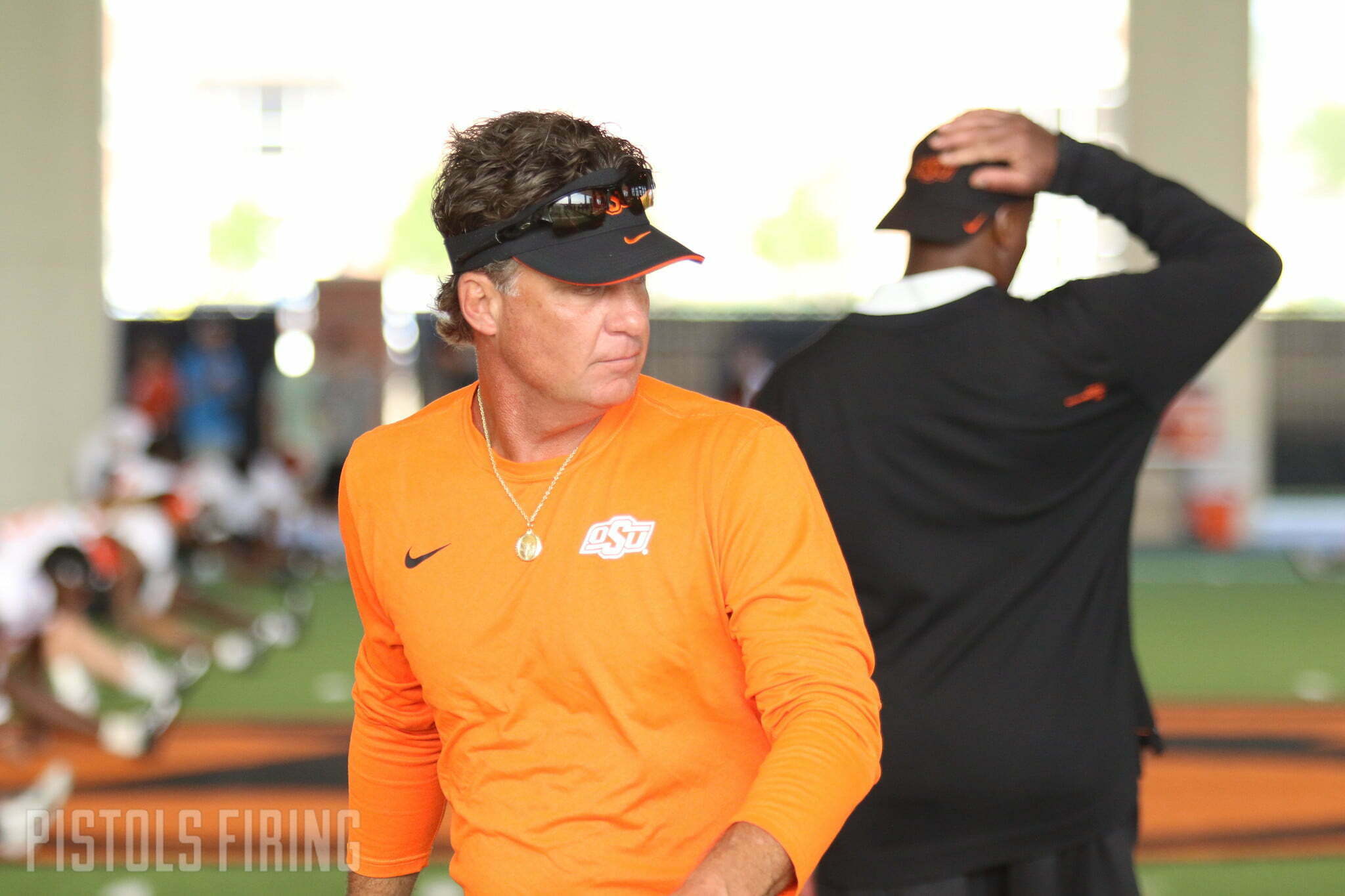 STILLWATER — As the general public awaits on the next domino to fall in conference realignment, new Big 12 commissioner Brett Yormark has apparently educated himself on some schools out west.

Yormark has been on a Big 12 tour over recent weeks which stopped in Stillwater on Tuesday. Mike Gundy said he spoke with Yormark for more than an hour, and Gundy said he left the conversation impressed with the knowledge Yormark had on Pac-12 schools.

“He didn’t say this, but if anything — in my opinion — conference realignment, if anything happens it’s going to be this league [the Big 12] going probably [west]. I don’t know that any of us, maybe him subconsciously, thinking that much is going to go [east]. I think that’s what I got out of it. But he knows details on every school in that league, and I was shocked.”

The Pac-12 and the Big 12 have been put in a similar boat the past two years with the conferences both losing their top two brands to conference realignment. With USC and UCLA already making plans to join the Big Ten, the Pac-12 risks losing at least one more schools to the Big Ten, as Oregon has reportedly began preliminary talks to see if the Ducks would fit in the conference.

Should Oregon leave, that could resume the conference realignment game of musical chairs, which could push certain Pac-12 schools (like Utah, Arizona, Arizona State and Colorado) to the Big 12.

Gundy said because conference realignment chatter has gone quiet as of late, that means the talking is going on. Gundy said he is comfortable with Yormark guiding the Big 12 at a time like this.