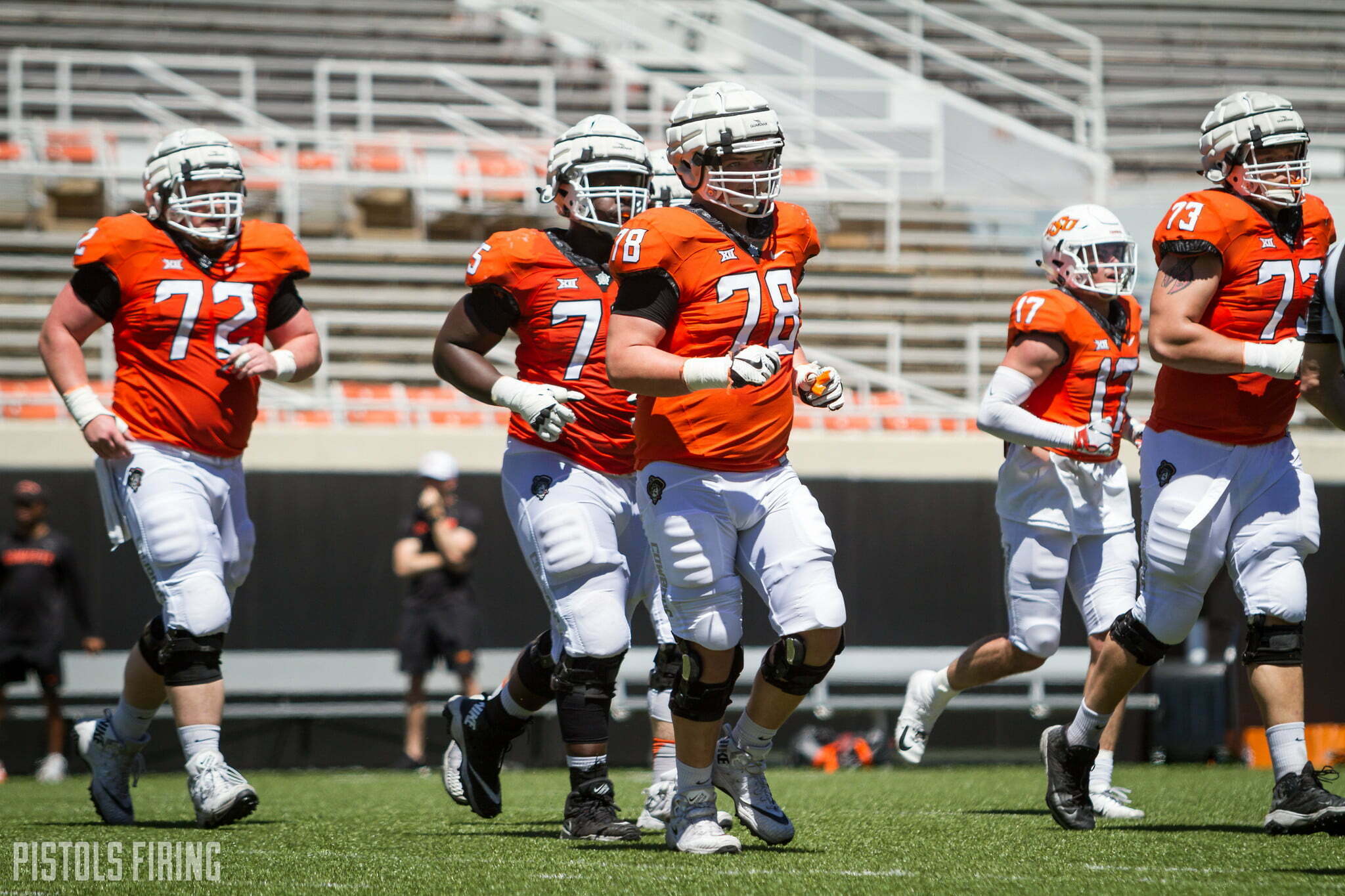 Oklahoma State’s offensive line last season was a mess. Projected starter Bryce Bray and likely contributor Jacob Farrell both transferred out before the season. Then there were the injuries, a list so long it’d require so much typing I’d be liable to develop carpal tunnel.

OSU in 2021 should be better in the trenches, however. The injured players returning at full strength is a huge reason for that. But OSU being decimated up front was a growing experience that should strengthen the unit long-term, Mike Gundy said Thursday.

“You know — it’s really somewhat unfair that a couple of those guys were even out there,” he said. “They didn’t have any experience. Their bodies weren’t developed. They weren’t strong enough. But all of the butt whippings they took should help them this year.”

OSU added 6-foot-8 tackle Caleb Etienne and 6-foot-3 center Danny Godlevske as transfers to fortify the front line and both could push for starting spots at their respective positions. Cole Birmingham and Hunter Woodard could also play key roles after injury-riddled 2020 seasons. Then there’s second-year standout (and ex-West Virginia star) Josh Sills, who anchored the unit last season amidst turnover.

This time a year ago, OSU’s offensive line looked like it was going to be a team strength before all the attrition. Sometimes that happens. But the depth chart is filled with guys who have starting-level experience and even some of the listed backups have gotten quality reps, thanks to a wacky 2020. So with major offseason additions, the fortune of good health and a more experienced unit on the whole, OSU’s trenches might be a team strength again next season.

“If we [stay healthy], we don’t have to play musical chairs where a guy plays left tackle one play and right guard another,” Gundy added.