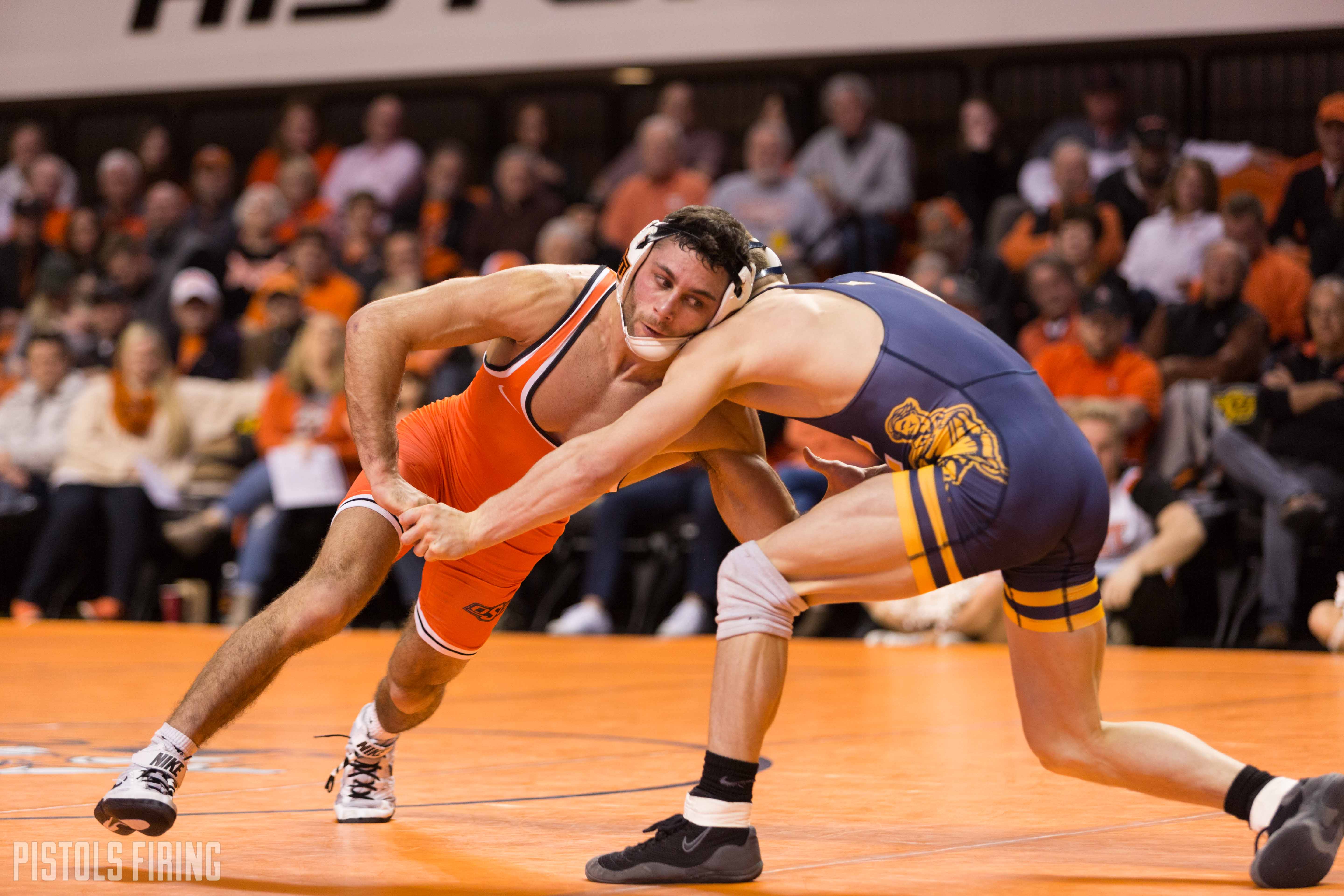 For fans that don’t follow wrestling too closely, the NCAA wrestling tournament is in a slightly different format than the duals you see in GIA. Each weight has its own qualifiers and placers based on their personal NCAA tournament resume, regardless of the performance of the rest of the team.

Unfortunately for Nick, his biggest win this season (he knocked off the defending NCAA champ in All-Star match) doesn’t count towards his NCAA resume since it was part of the All-Star dual and not the official NCAA season.

His weight is incredibly deep and really good this season. He finished fourth last year and is a much better wrestler this year than last, but he’s dropped three tough matches to guys ranked ahead of him. Right now he’s probably set up to be around a 6-7 seed at the NCAA tournament.

If the 7 seed holds he would meet Lehigh’s Darian Cruz in a rematch in the quarterfinal, which would be perfect as he has shown he can beat him. Ultimately the top eight or so guys at this weight aren’t too far apart and there’s a big gap behind them, so you’d comfortably project him to make the quarterfinal. Nick can hang with all of them and hopefully he’ll pull off an upset there.

Brock’s only two losses this year weren’t against wrestlers that were on his level. He got out of position late in a match and put on his back when he had a big lead and lost vs. a guy from Lehigh. He also tried to go for a throw early in the dual vs. Wyoming and was put on his back, he couldn’t make a comeback to win.

This weight has separated out a bit, and he’s worked his way back up to a 3-seed, which if he can hold is perfectly fine. At this weight class you really just hope he’s opposite the No. 1-seed Seth Gross of South Dakota State. Brock will get a crack at Gross at the Big 12 tournament. An upset there would in a weird way potentially be a negative for Brock as they would likely be the 2-3 seed at the NCAA tournament giving Ohio State’s Luke Pletcher the 1-seed and easiest trip to the NCAA tournament final.

Obviously Brock still should go for the win and Big 12 title, but as long as he stays in the 2-3 seed range, I like his chances of making the NCAA final. He can go with anyone on his feet. As long as he stays out of big point moves and doesn’t get stuck on bottom, he could and maybe even should make the final.

Heil is the talk of college wrestling right now. After winning 55 straight matches, he’s dropped 4 of his last 7 and has a pretty tough one coming up against Northern Iowa.

It’s tough to know what’s going on there. The new danger rule hurts him as much as any wrestler in the country, but it seems his slump could be a little more than that.

His losses with the exception of the Iowa State dual were all to very good wrestlers. The loss of Eric Guerrero as a coach is one thing I think that could be impacting him, it was Guerrero that recruited him.

Ultimately the positive here is there’s no clear dominant guy at the weight class, so no matter where Dean comes into the NCAA tournament he is a threat to win. But most likely he’s probably looking at around a 5-7 seed currently and won’t be the favorite going in.

Early in the season Boo looked really solid. He had wins over a lot of highly-ranked guys including the Mizzou kid who beat him Saturday, but he has dropped a few recently.

All of his losses except the one to NC State were to top five guys, and Boo finds himself ranked around 15th now, which is probably about where you would project his NCAA tournament seed to be.

This isn’t too bad, but you’d like to see him work his way above that and he has an opportunity to help himself out when he takes on a few ranked guys in the coming weeks and into the Big 12 tournament.

His match in the UNI dual will be a big one. I think most would’ve projected OSU to get an All-American at this weight this year, and currently it’s not shaping up to be that (top 8 finishers at the NCAA tournament are All-Americans).

Boo is a little undersized for the weight, and that may be part of his struggle. If he can get back to form as far as what he was doing early in the year in this last month, he’ll have a chance to be an All-American. The talent definitely seems to be there.

Jonce currently sits inside the coaches panel ranking and RPI to where his seed at the Big 12 tournament will get a qualification for the NCAA tournament. He’s on the bubble, but currently in.

Blaylock is a guy fans should like. He’s not going to win  an NCAA title, but he doesn’t really back down against anyone and wrestles incredibly hard the entire match. That’s something you can really respect.

Because of that I’d give him an outside shot of having a good NCAA tournament and making it to the round of 16 or maybe even a bit higher. If he’s close late in a match, he’ll have an opportunity to win.

Ultimately in the coming month you just really want to see him solidify himself as a qualifier. If he can do that, get to the NCAA tournament, and win a match or two, you can’t be too upset with his performance on the season.