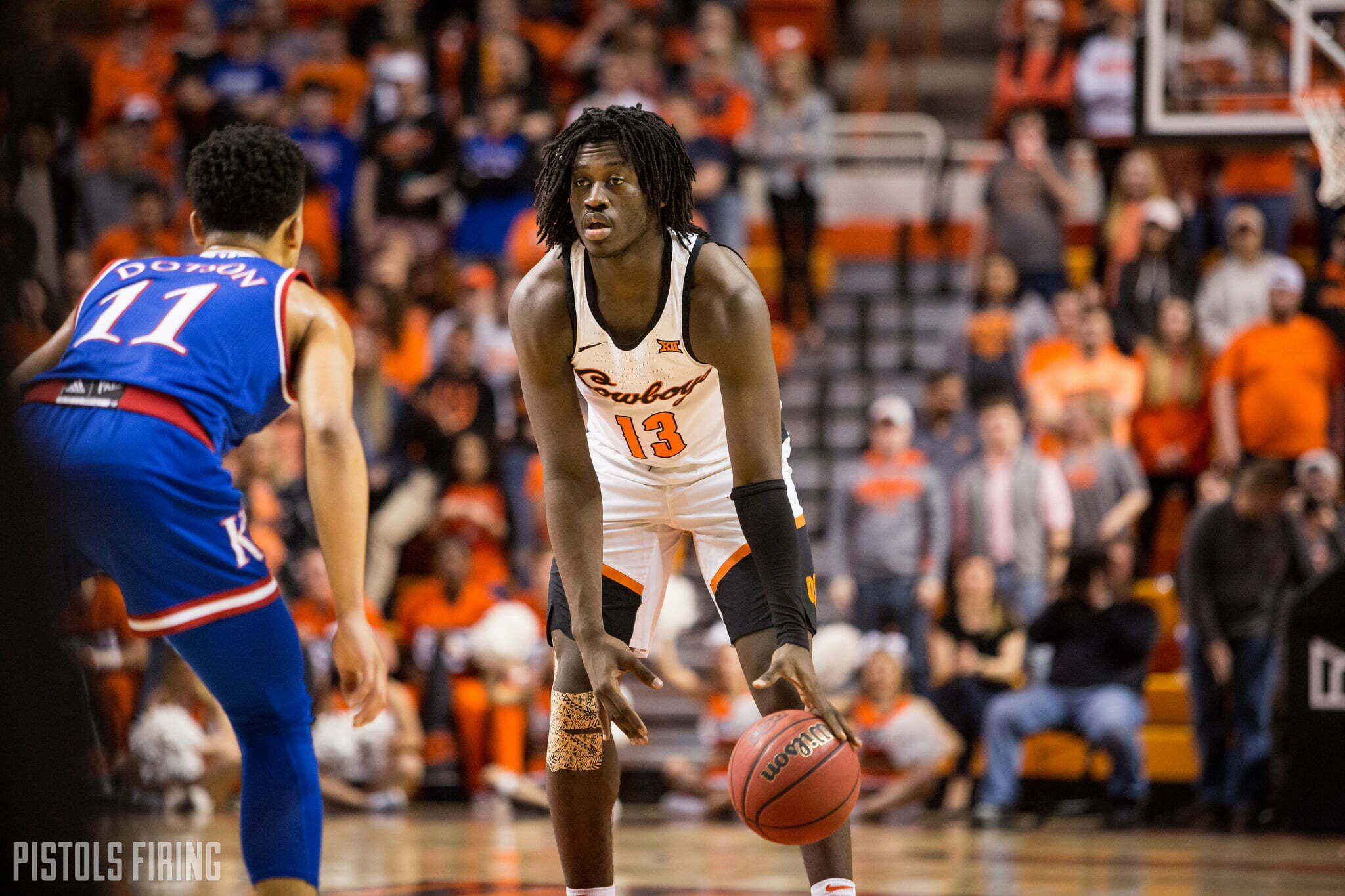 Oklahoma State wrapped up the regular season over the weekend with a win over Bob Huggins’ West Virginia Mountaineers. As the Cowboys look ahead to their Big 12 Tournament matchup with TCU on Wednesday, I wanted to start looking ahead to 2019.

When people talk about the Cowboys’ 2019-20 season, a lot of attention is paid to the phenomenal recruiting class Mike Boynton has coming in, as well as the breakout season freshman Yor Anei had on the defensive end of the floor. I wanted to focus more on an OSU player who I think will continue to be a key component for the Pokes moving forward.

Isaac Likekele finished up his final game of the season in GIA with a career-high nine assists. The game before that, he tied his career-high point total with 23, leading the Cowboys to a big win over Baylor in Waco. Ice finished his freshman campaign averaging 8.7 points, 4.7 rebounds and 4.0 assists per game. His per-game assists ranked him third in the Big 12 and he is 10th among guards in the conference in rebounds per game. On the defensive end, his 1.29 steals per game was 13th in the conference.

These stats are incredibly impressive for a freshman that was tasked with running the point and being the primary ball handler with little to no depth behind him. He was inconsistent at times, but overall had a great freshman year and looked poised running the OSU offense.

So after this outstanding season from the young point guard, what does his future look like on this Cowboys squad? The Pokes have talented guard Avery Anderson and another capable ball handler in Marcus Watson coming in next season. However, I think Ice will continue to handle Oklahoma State’s ball handling duties in 2019.

His deficiencies as an outside shooting threat are noted — going 26.1 percent from beyond the arc this year — but these are highly outweighed but what else he brings to the floor. Likekele’s size, at 6-4, 210 pounds, allow him the versatility to guard multiple positions. He has the capability to switch off screens in almost all situations and can create havoc as a help defender. Ice’s ability to force a turnover and then quickly get out and lead the fastbreak were a key component of the Cowboys’ offense this season.

He’s a great rebounder on both sides of the floor.

Ice shares a similar body type with guys like Marcus Smart (6-4, 220 at OSU) and Tony Allen (6-4, 213 at OSU), who were able to excel in Stillwater without being prolific shooters from long range.

For example, the Arlington, Texas native showed he’s capable of taking his man of the dribble and finishing inside.

Likekele’s able to use his size and length to post up opposing guards and has nice moves around the rim.

This will be huge moving forward as teams will have to send extra defenders to assist their smaller guards defending Ice down low which will, in turn, open up shooters on the outside.

Likekele has also shown that he’s an elite facilitator and will surely continue to improve on this moving forward.

Now, teams can sag off a player who isn’t a 3-point threat, but withr shooters on the floor like Cam McGriff, Lindy Waters, Dizzy, Marcus Watson, the lane should be clear for Likekele to drive to the basket. And, as I mentioned above, when teams have to send over help, shooters will in turn be left open.

The freshman point man has shown he can handle the pressure of big moments and that he’s capable of leading a team to victory. With a year of college ball under his belt, I think Ice will be the perfect mentor for this talented freshman class coming in, and be their floor general on the court. If he’s able to improve his outside shooting, that’s only a plus and will open up his game more.