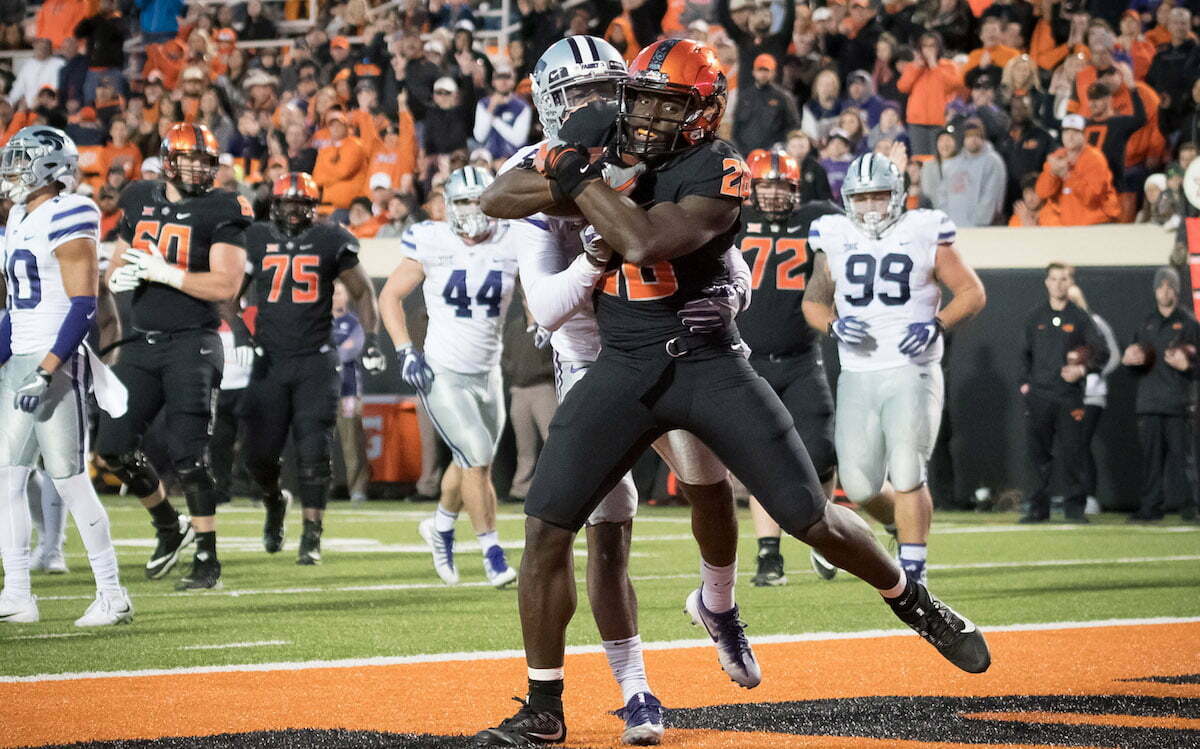 James Washington surprisingly wasn’t the best receiver on the field on Saturday, but he (probably) wrapped up the Biletnikoff Award on Saturday regardless.

After a relatively underwhelming performance against Iowa State last week in which he logged one reception for 25 yards on a hobbled ankle, he returned to his big-play self by averaging a ho-hum 19.9 yards per reception. Washington came up with a team-high 8 receptions (tied with Dillon Stoner) for 159 yards and two touchdowns.

Safe to say that naysayers touting David Sills as the Biletnikoff favorite entering the week may have been a bit premature.

For context on the Washington and Gallup comparison, OSU’s stellar deep-threat weapon has done his damage with 28 yards shy of Gallup on 33 fewer receptions. Look at the efficiency! He leads all Biletnikoff semifinalists in yards per reception despite getting the third fewest amount of receptions among the bunch.

Three finalists for the award will be announced on Monday taken into consideration by the fan vote and voters of the Tallahassee Quarterback Club Foundation. You can expect 28 to be among them, and at this point, the voting process looks to be little more than a formality. James Washington is on track to be the second OSU receiver to win the award.

The winner will be announced Dec. 7 on The Home Depot College Football Awards Show.