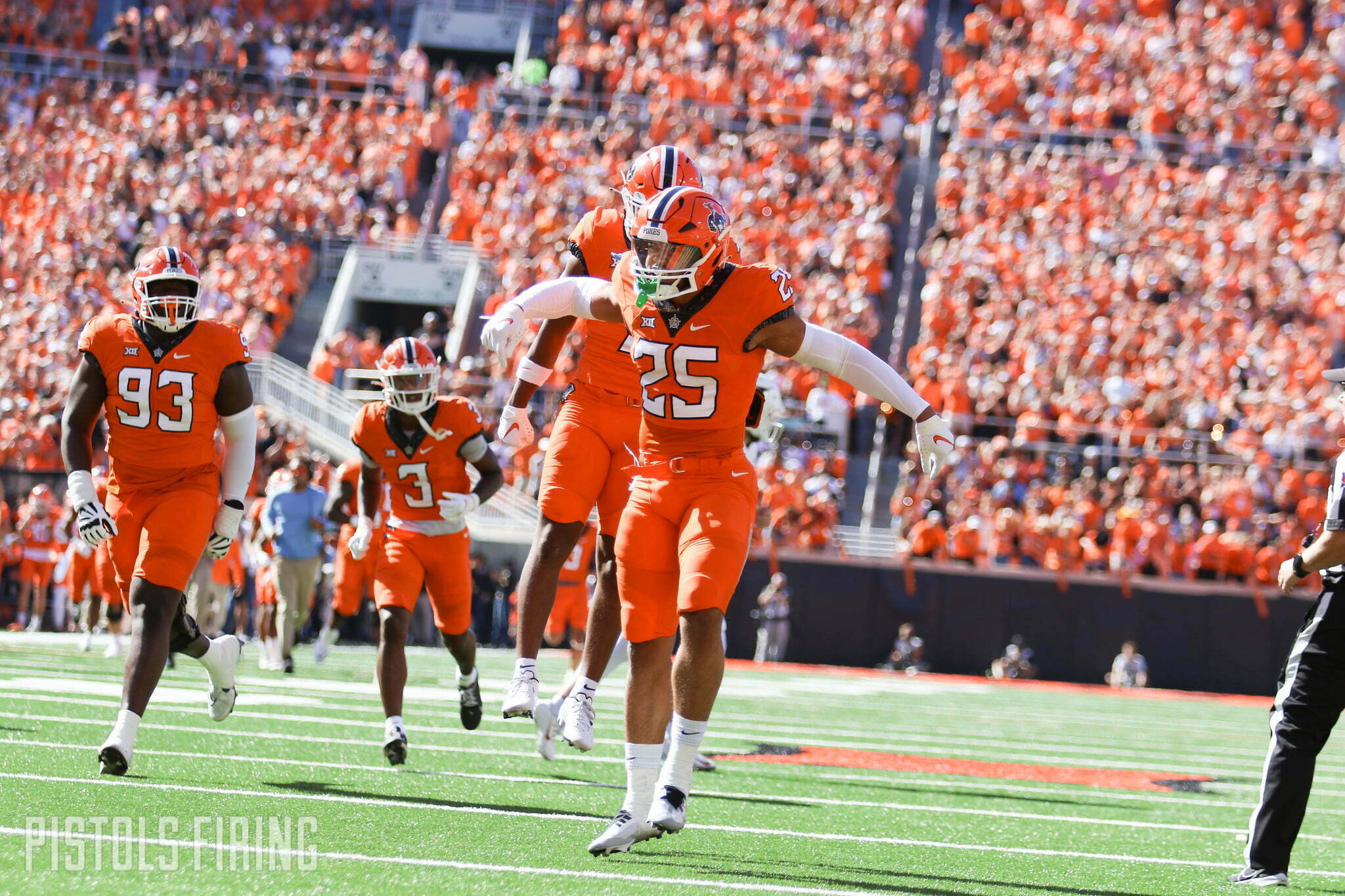 After a two-interception performance this past weekend, Jason Taylor is up for some national hardware.

Taylor was named one of 12 semifinalist for the Jim Thorpe Award, given to the best defensive back in college football. Taylor leads the Big 12 with three interceptions this season after picking off Texas quarterback Quinn Ewers twice on Saturday, a performance that earned Taylor Big 12 Defensive Player of the Week honors.

Taylor is also ninth in the Big 12 with 51 total tackles, and he leads the league with nine pass breakups.

After his second interception Saturday, Taylor planted awkwardly on the Oklahoma State sideline. He was helped off the field and didn’t return. OSU coach Mike Gundy said Monday he would know more about Taylor’s status on Tuesday.

Three finalists for the Thorpe Award will be announced Nov. 29 with the winner being announced Dec. 8.

The Thorpe Award has been handed out annually since 1986. No Oklahoma State player has ever won the award. Cincinnati’s Coby Bryant took home the hardware last season.