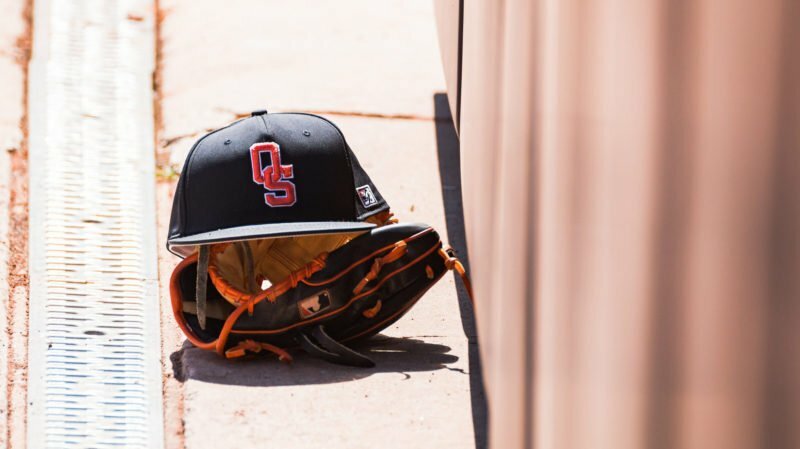 Josh Holliday has been cleaning up on the recruiting trail, especially in Oklahoma. Even after he (probably) lost his two highest-rated signees to Day 1 of the MLB Draft, he still has plenty of star talent headed to Stillwater. And several of them have been recognized with both local and nation honors as of late.

Let’s take a look at the incoming homegrown recruits who could make an impact for the Cowboys next season.

If there is a renaissance man in this class, it’s Sparks. He’s played third base, second base and shortstop in addition to being a lethal right-handed pitcher. He accounted for 81 runs and 12 home runs and pitched a perfect 10-0 with a 0.82 ERA.

Sparks was already named the All-State Player of the Year by The Oklahoman earlier this week. Now the infielder and right-handed pitcher has been named to the ALL-USA Baseball First Team by USA Today. He was also included on The Oklahoman‘s Big All-City First Team.

Sparks spoke with The Oklahoman about his career at Shawnee and why he chose Oklahoma State.

“I love Josh Holliday,” he said. “Love Rob Walton. Love James Vilade. It just really felt like home to me. Made me feel very welcomed.”

Another member of the 40-0 state champion Shawnee Wolves is Sparks’ catcher, Jake Taylor, who has also earned his fair share of accolades this summer. In addition to being included on the The Oklahoman’s Big All-City First and All-State First Teams, Taylor was named the 2017 Jim Thorpe Baseball Player of the Year award at the Oklahoma Sports Hall of Fame.

Taylor was a four-year starting catcher at Shawnee and helped the Wolves win their third-straight 5A state championship. He’s also a load at the plate who finished with 68 RBIs and nine homers while sporting a .519 batting average.

On Wednesday,  Taylor was picked in the 25th round of the MLB Draft by the Atlanta Braves.

A former teammate of Taylor and Sparks at Shawnee, lefty pitcher Mitchell Stone moved out of district before his junior season and has been making a big name for himself at Deer Creek High School. “Big” is the operative word.

At 6-foot-10 and 254 pounds, Stone literally stands head and shoulders above his peers. With measurables that would make Mike Boynton salivate, Stone uses his unique size and aggressive pitching style to overpower hitters. The 2017 Rawlings Perfect Game First-Team All-American was ranked No. 22 in Baseball America’s Top 100 list and No. 16 by Max Preps. Stone also won a gold medal with the USA 18-Under team.

The Oklahoman’s Jacob Unruh recently offered his take to us about what Stone brings to the Cowboys’ pitching staff.

“Stone is an interesting pitcher,” said Unruh. “He’s 6-foot-10, which makes life awful for hitters. He throws in the low 90s, but this spring didn’t quite sit there that often. He’s had success repeating his mechanics, which is always a struggle for pitchers his size. He really needs to find consistency with his fastball. I think working with Rob Walton will do wonders for him.”

In the last two seasons, Binger-Oney has won two Class A state championships and Milligan had a lot to do with that. As a senior, he chipped in 49 RBIs’ and 10 home runs will batting .571.

Milligan was named to the The Oklahoman‘s All-State First team and the Oklahoma Coaches Association Small West all-state team.

“OSU has been a place I’ve wanted to go to since freshman,” Milligan told Vype.com. “Being around coach Holliday, his staff and some of the recent players has really helped me make my decision. Every time I’m there I feel like it’s a place where I’m welcomed by each coach and player.”

Griffin was a catcher and a relief pitcher for Bixby’s baseball team as well as a three-time state champ QB in football before he required labrum surgeries on each shoulders earlier this year. Before going down, he batted .387 with two home runs and 39 RBIs as junior. He’s projected as a catcher at the next level.

Griffin was a Rawlings PG All-American honorable mention in 2017 and named to the West All-Region second team, even while missing time due to injury.