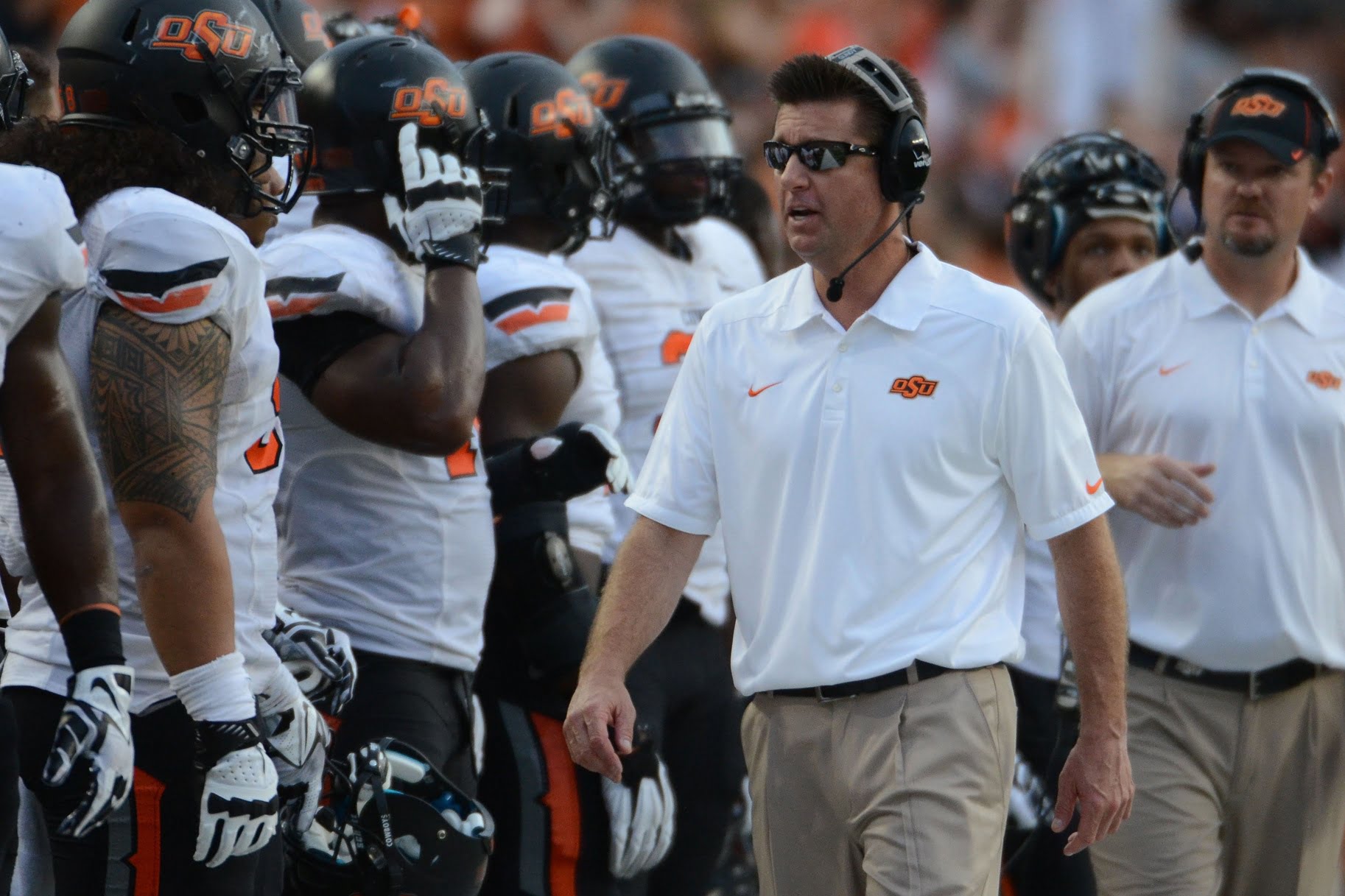 Mike Gundy is back in the saddle. (USATSI)

I linked it in the Bullets this morning but it deserves further consideration.

Let’s take a look at the eight best ones from the piece:

1. “I wish Boone Pickens would have the same commitment publicly that I do. He’s going to do what he wants to do. All I can do is say I support him supporting us. We couldn’t have done it without him. We all know that.”

Chances Gundy would have said these sentences if Tyreek hadn’t run that punt back at the beginning of December? Zero percent.

2. “They could bring Knute Rockne in here and he’s not going to have a stronger commitment to Oklahoma State football than I do. I don’t care who it is.”

I do love that Gundy just arbitrarily picked a famous historical coach and rolled with it. Gundy, by the way, is two years from matching Rockne’s tenure in South Bend.

3. “I think (a Gundy-Pickens reconciliation) is best for Oklahoma State — not just football, but for the university. The university cannot divide. If we divide, we’re weak.”

That’s a strong stance to take (and not an incorrect one). But again, no coach of a 6-6 team has ever been buoyed with more confidence by one win than Gundy was from Bedlam.

4. “I’ve been here longer than anybody as a player and a coach. I think I have a right to say two things. One, that I am committed to it. And two, that I know a little bit about it. I don’t pretend to know a lot of things, but I do know a lot about Oklahoma State football. I have an opinion on what it takes to be successful here.”

Not much to argue with here.

5. “I swallow my ego all the time. It doesn’t bother me anymore. I used to not do that, but I just want to get a resolution — whatever it takes to get there.”

6. “Coach Gundy wants nothing more than for himself and Coach Holder and (OSU President) Burns Hargis and Boone Pickens — and anybody else out there who loves Oklahoma State University — to all be on the same page.”

7. “My wife, I don’t know how much money she gives to stuff around here. She’s involved in (projects) all over Stillwater.”

Probably the truest thing he said.

8. “I’m involved with the education system here in Stillwater and trying to make things better with the schools — the academic side of it, the coaches and the athletics side.”

This one made me laugh for some reason. I don’t really know why. Just thinking about Gundy parlaying a string of luck at QB into affecting a bunch of third graders is humorous to me.

This was a monster article, though — one you should read if you haven’t yet. Maybe the most important one of the season for OSU fans.

It’s one thing to say you’re entrenched after winning a Big 12 title — an entirely other one after barely making a bowl.

I’ve said it before and I won’t stop saying it until Gundy retires: there’s not a more appropriate or better long-term coach for OSU right now (or ever) than Mike Gundy.

OSU got lucky that he was born in the state of Oklahoma and decided to go there in the 1980s because its an affinity that has stuck for nearly three decades now and, no matter what Boone Pickens thinks, OSU’s football program isn’t what it is right now without him.