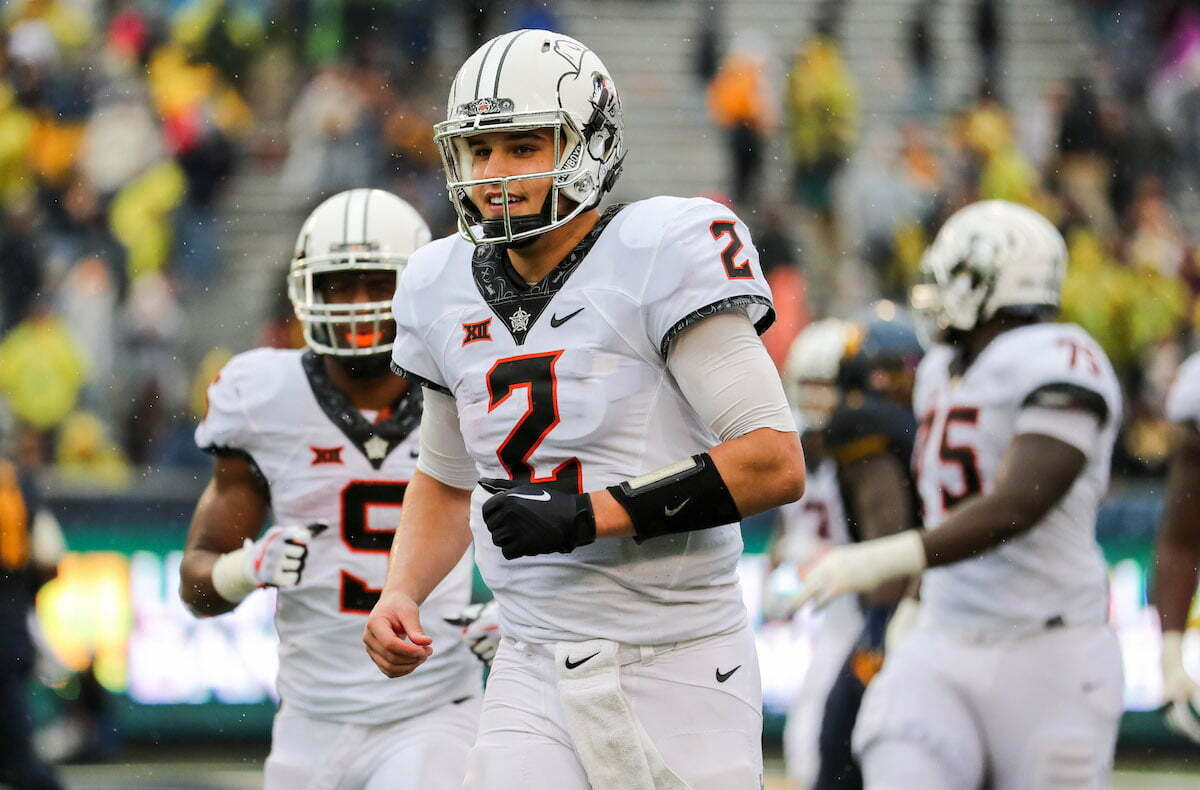 Rumors of a potential injury to starting QB Mason Rudolph may not have been exaggerated after all.

Taking a page out of Baker Mayfield’s playbook from a week ago, Mason Rudolph did not participate in practice at all this week, according to Mike Gundy, who said he thinks his starter is “fine” after the team’s win over WVU.

“He didn’t practice at all,” Gundy told reporters after the game. “He needed rest. He just got dinged a little bit. He’s fine.”

Rudolph, who wasn’t at the top of his game Saturday — either due to rain or nagging injury — finished with 216 yards on 20-of-34 passing. While he did throw for three touchdowns, he tossed a few ducks also, including a costly pick-six.

Despite the struggles and not practicing, though, Rudolph said he was ready to go against the Mountaineers after mentally preparing during the week.

“I got all the mental reps I could,” he told The Oklahoman. “I was dressed in full gear, going through the whole gamut behind Corndog, and making sure I mentally was getting it, even though I wasn’t physically throwing.”

Fortunately for Rudolph, the OSU offensive line was able to offer him a mostly clean pocket, and he wasn’t sacked once on the day. That’s a good sign for an offensive line which has struggled to stay healthy, but an even better sign that No. 2 might be at full strength when the Sooners come to town.

“I’ll be 100 percent by Saturday, I think. Great job by our training staff. It’s not only me that’s been hurt. Other guys have been banged up a little bit, and they got us back out there. I felt great today.”