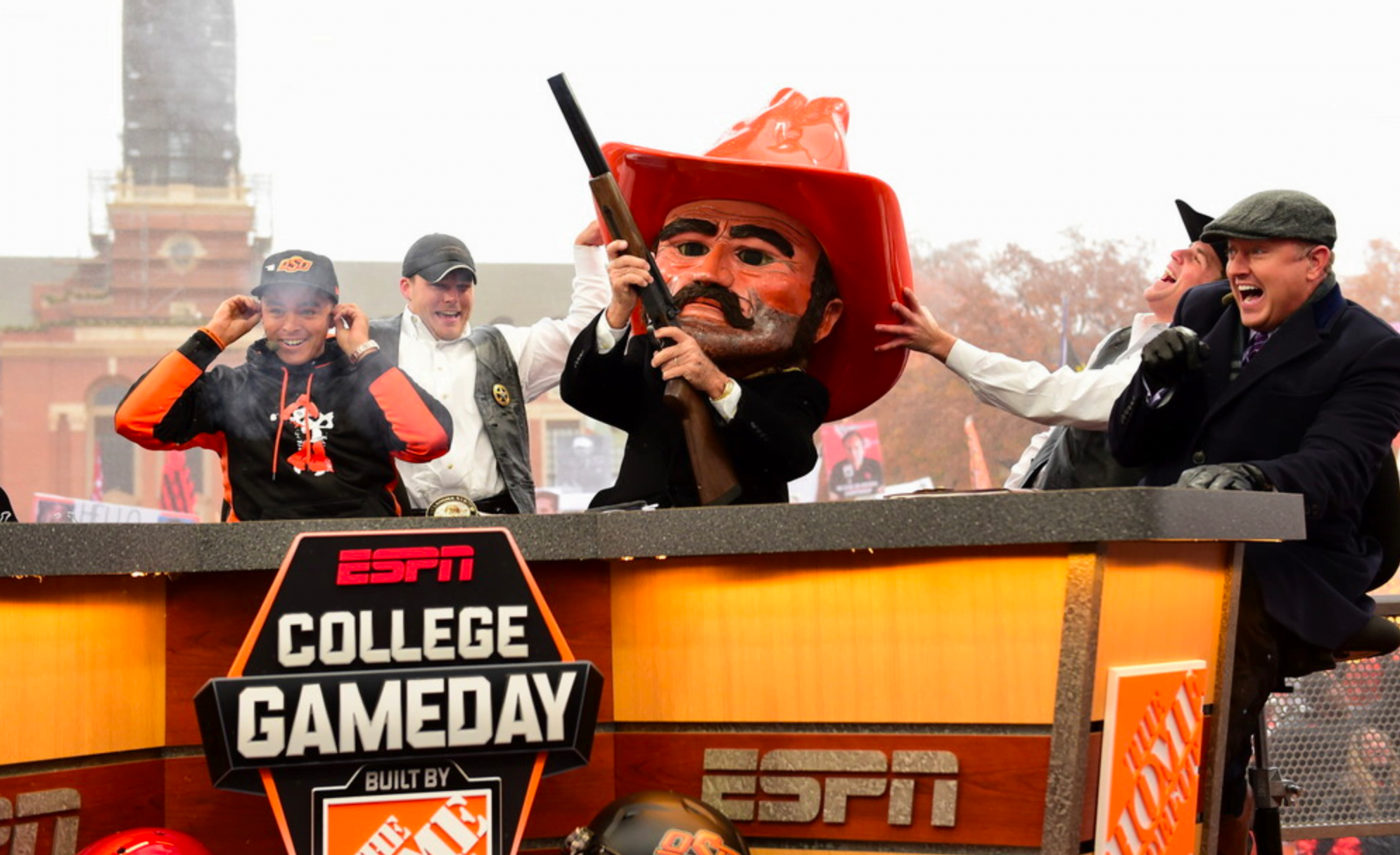 ESPN’s College Gameday announced Sunday it will be headed to Stillwater on Saturday to feature Oklahoma State-Oklahoma in its famous Bedlam rivalry. It’s the first time the program will be back at OSU since a 2015 Bedlam bludgeoning in favor of the Sooners, and the sixth time in program history it has come to Stillwater.

Unsurprisingly, five of the six times the program has come to town, it has been to feature Bedlam, with the lone exception being that cold winter night when OSU trounced No. 4 Baylor in 2013.

Saturday’s game will mark the eighth time OSU has been featured in the show, including home and road appearances. The lone home win during those visits was the Baylor game, with OU sneaking away wins in each of the other appearances. It was also featured in 2014 against No. 1 Florida State and in 2003 at No. 1 Oklahoma.

Here’s a look at how OSU has fared when featured on the show over the years.