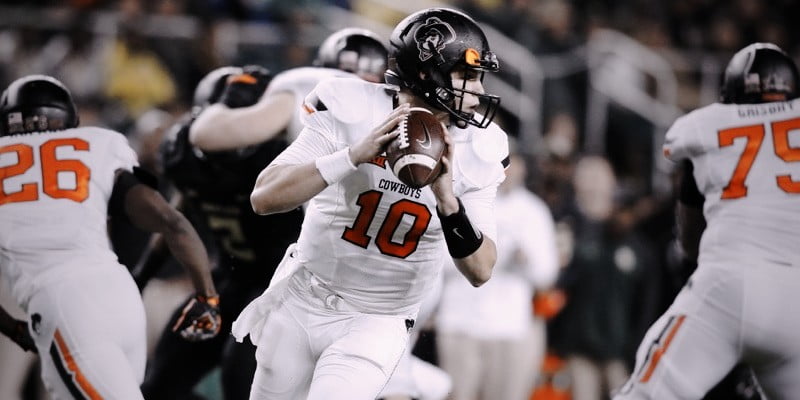 In retrospect, I think we’re going to look at one of Mike Gundy’s off-the-field decisions as the biggest roll of the dice of his career when the book is written on his tenure in Stillwater.

You can talk about the fake field goals or the playactions on 4th down, but him rolling Mason Rudolph out there against Baylor last November was the biggest showing of his, ahem, cojones to this point in his career.

“I wanted to finish my redshirt year,” Rudolph told Bret McCormick of South Carolina’s The Herald recently. “My family and I were real nervous headed into that week, especially with Baylor, so I was praying a lot. Spiritually, it was kind of a rough one, because you weren’t sure this was the right thing to do.”

No, none of us were.

And it’s easy to look back on everything and call Gundy’s move the right decision because it worked out. But that would imply that we don’t know how to properly evaluate decisions. Is calling a hit-and-run “right” only when it works out? Or is it “right” when the odds are in your favor of what’s beneficial for your team as a whole?

“When he finally got the call, there was actually a little disappointment,” Mason Rudolph’s dad said. “For him, it was a combination of excitement and disappointment all wrapped into one.”

For us … now? Only excitement.

You should go read the entire article. It cites a friend of Mason’s who played at Tennessee and had his redshirt burned. It didn’t go as well as this is seemingly going.