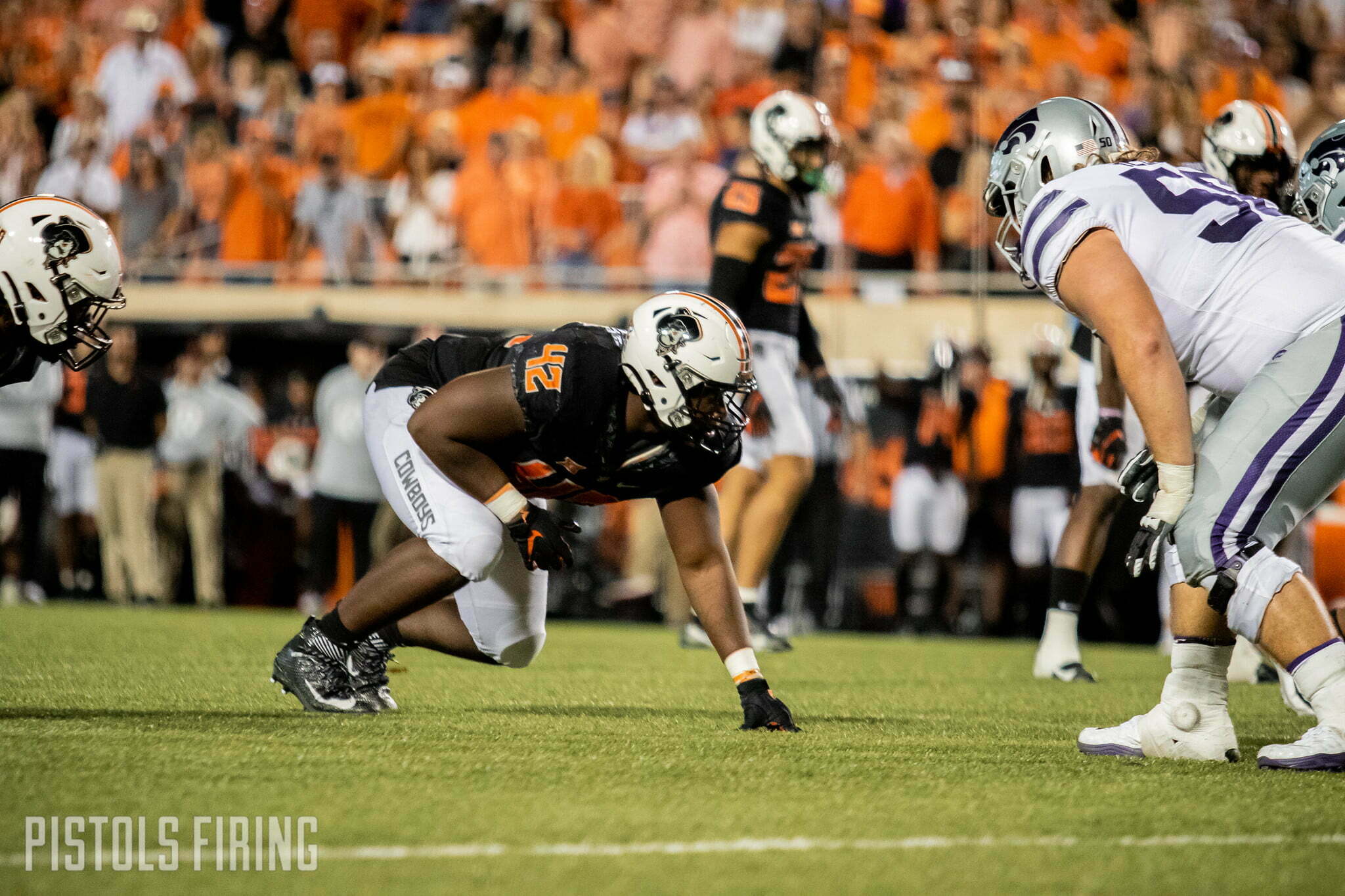 A few Cowboys have entered the transfer portal in recent weeks, including a pair of defensive contributors, but they’ll still be available to play in the Fiesta Bowl.

Mike Gundy said Monday that safety Tanner McCalister and defensive tackle Jayden Jernigan are with the team in Phoenix and will play Saturday.

“They’re here with us, yeah,” Gundy said. “Both those guys practiced great, and they’ll be playing with us in the bowl game. I mentioned this to you guys maybe three weeks ago that we hadn’t had really anybody in the portal, and I said before it’s all said and done you’re going to have three or four players.”

McCalister has started in all 13 of the Cowboys’ games to this point in the season. He has 34 total tackles, a tackle for loss, an interception and five pass breakups. A senior, McCalister reportedly entered the transfer portal Wednesday.

Jernigan hasn’t started a game this season, but the 6-foot-1, 285-pound defensive tackle from Allen, Texas has still found ways to impact things. He has appeared in all 13 games and has 19 total tackles, including two sacks. He also has five quarterback hurries and a forced fumble on the year. A redshirt sophomore, Jernigan reportedly entered the portal Dec. 15.

Although they’re in the portal now, Gundy didn’t rule out a return for either guy.

“Sometimes you’re going to have players that want to go somewhere and be a full-time starter and play the majority of the time,” Gundy said. “Defensively we rotate a lot of guys, so JJ and McCalister, those guys, you know, they might leave, they might not. So, I think it’s just kind of a sign of the times. They put themselves out there to see what’s out there, and then if it’s something they think’s better, they might take it. If not, they might come back.”