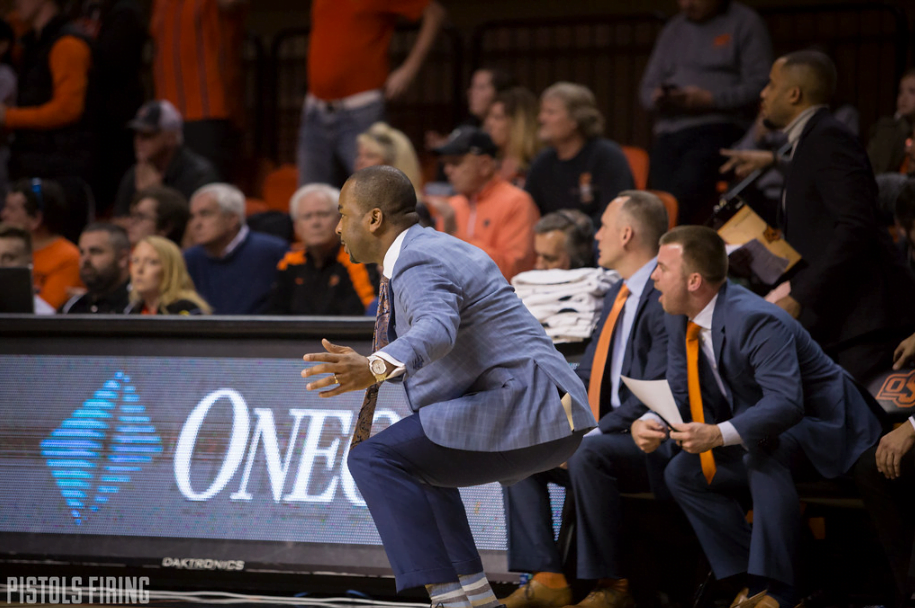 Oklahoma State has now played 43 regular season conference games in Mike Boynton’s tenure as the head coach in Stillwater over the last three seasons. His team is 13-30 in those games and has not won a Big 12 matchup since March 9, 2019.

With pretty much the same team as last year plus the addition of several solid freshmen getting legitimate minutes, OSU has gone from a 2-5 start in 2019 in the Big 12 to an 0-7 start this time around. It’s true that the top of the league is better than it was last year, but it also seems to be true that OSU has somehow regressed.

I … did not see this coming. I thought last year — if everything went right — would be rock bottom. It’s easy to see why. Last year was supposed to be bad, and it was. That’s fine. That’s how these things go. And yet, OSU is on the verge of regressing in Big 12 performance for the third straight year.

I’m not sure many other people saw this coming either. OSU was picked to finish sixth in the league before the season started. Sixth would feel like making the NCAA Tournament at this point.

“If we’re going to feel sorry for ourselves, we may as well just call it in,” said Boynton in reference to his team’s confidence after a 15-point loss to Kansas on Monday. “I don’t think anybody is going to try to help us beat them. Get over it. Get over it. If you don’t have confidence, work harder. Nobody cares.

“It’s basketball. In light of the stuff we dedicated this game to, in light of what happened to Kobe last night, I don’t want to make this some life and death deal. In the context of the season, we have another game Saturday.”

This is true. Nobody does care, especially in Year 3. College athletics is about trajectories, and OSU’s is pointing the wrong direction right now.

“Come back to practice, work harder, try to get ready and play hard for 40 minutes. That’s what you do,” added Boynton. “There’s no time to feel sorry for your self or hope that people are like, ‘You’ve been through a lot.’ That’s enough of that. I don’t want any sympathy, I don’t expect any. We should be criticized. Our fans deserve better. Our fans deserve a program that can continue to improve during the season.”

It’s the right thing to say because it’s true. It’s reality. I’ve been pretty open that I’ll ride the Boynton ship to the bottom of the ocean because I so badly want him to succeed. Part of this is because he’s opened up a dialogue with us, a media organization but the other part is because I think he’s really smart about how to run a program. I think he gets how all the pieces work. The recruiting, the scheduling, the operational side and the hoops.

Plus, it’s fun to cover horses in recruiting instead of … not horses.

But Boynton’s horses are not getting out of the gates right now, and suddenly the murmurs about his future are getting louder. He has a one-year insurance plan and isn’t going anywhere anytime soon. Basketball can shift quite quickly because, unlike football, freshmen can change a program. But Boynton needs that change to come quickly and to be long-lasting. Otherwise, OSU will continue to wander in the desert when it comes to hoops. Just like they have for the last 15 years.