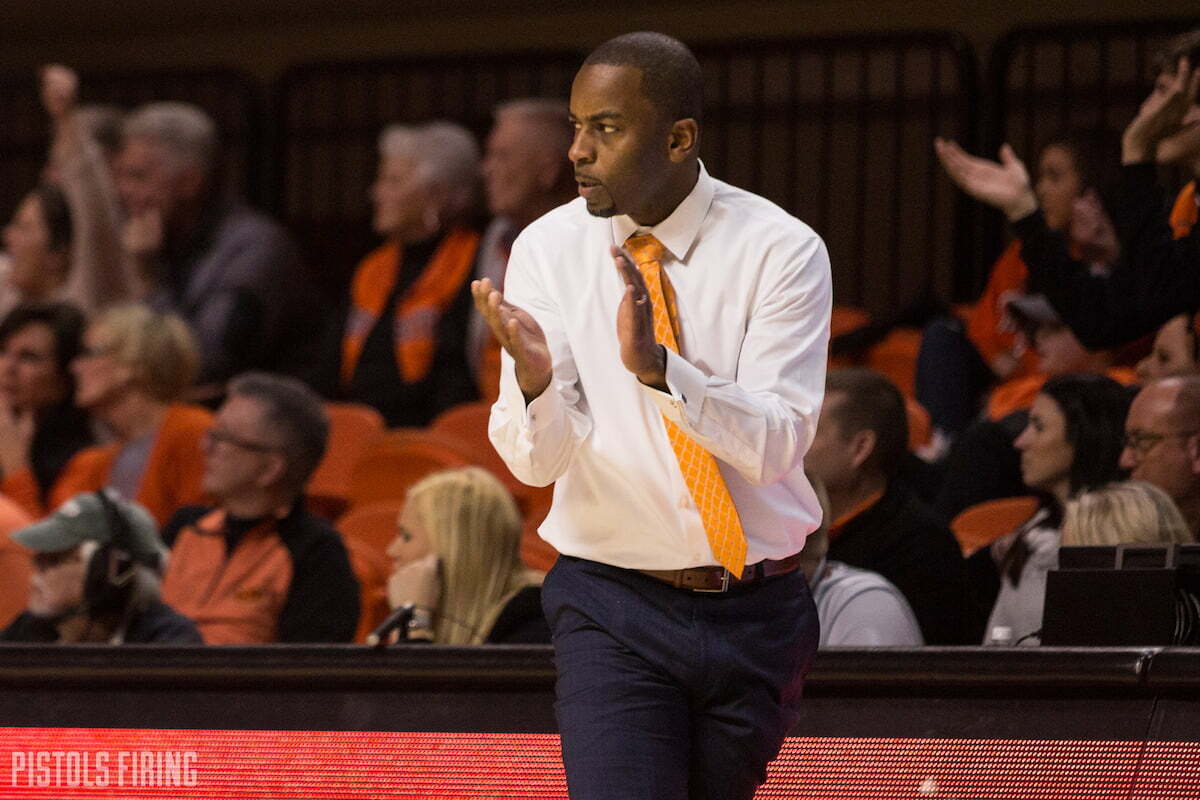 When I wrote that Mike Boynton was a savvy hire shortly after an even shorter coaching search last spring, it was met with skepticism. A lot of it.

I made several points in the article explaining, mostly theoretically, why it made some sense. Most of it was keeping the staff and roster intact, and the rest of it was about saving OSU a quick buck in the short term. To be frank, I argued a side because I knew it would go one of two ways: Boynton would be the biggest out-of-left-field hire that actually worked, or he’d be a flaming disaster for a team not expected to be any good in 2017 anyway.

In the latter scenario, OSU could easily deal with fielding a bad team. After Jawun Evans left, the team was picked to finish last in the Big 12. So if he was a disastrous coach and the Bill Self’s and Bob Huggins’ of the world coached laps around him, OSU could move on from a university-friendly contract to go grab Coach X to replace him after a few seasons. And if he was good, well, then it’s a win-win: OSU gets a coach, and at a pretty nice, discounted rate.

Exactly three months into the Cowboys’ season, we know which situation OSU has on its hands.

Oklahoma State knocked off No. 19 West Virginia on Saturday — its second win over a top-20 opponent in the last week alone — giving OSU the most unlikely late-season turnaround. Even despite laying an egg vs. Baylor this week, this team is on the cusp of earning consideration for the NCAA Tournament’s infamous bubble conversation.

You can credit grad transfer Kendall Smith, or the emergence of Cam McGriff for the stunning surge. But the mastermind behind the blueprint, Mike Boynton, deserves all the praise.

Not only did Boynton enter the head coaching gig with little fanfare, he did so under less-than-ideal circumstances. He saw Brad Underwood walk away for a fat contract at Illinois, his second new dream school in as many years. He saw the division that decision created within the fanbase. And I’d bet money that he saw the angry tweets after he was hired.

And still yet, he has thrived as no one expected, overcoming innumerable obstacles along the way.

Not long after he took the job, it was announced that the FBI probe that rocked the college basketball world had linked Lamont Evans — the man he called his “co-coach” — to nefarious recruitment practices. Boynton was babysat at press conferences in the days that followed with compliance literally looking over his shoulder, and he meticulously chose his words as the probe into his now-former associate head coach remained ongoing.

Boynton’s star player, Jeff Carroll, was held out as a precaution for three games because of his link in the same FBI report.

Nine games into the season, OSU announced that returning key contributor Davon Dillard and top-rated incoming freshman Zack Dawson were dismissed from the program, torpedoing what little depth the team had.

Guess what? Boynton overcame it.

At each winding turn, Mike Boynton has been a success story. The once-overlooked Stephen F. Austin assistant, who was passed over at SFA after Underwood left for OSU, has been a revelation. He’s proved that even in a tumultuous season, he can do two things: 1) He can coach his tail off and 2) He’s an OSU guy who has meshed with the culture in a way no one ever imagined.

That a man from Brooklyn could fit at a school like OSU says everything you need to know about the hire. With each passing day, Mike Holder’s once ridiculed airball looks more and more like a slam dunk.

OSU undeniably has its coach for the short and long term. For a discounted rate though, it may not be much longer. So while OSU still has a chance — and before the next Illinois comes calling — it needs to lock him up and avoid an Underwood catastrophe once again.

Whatever your thoughts are about whether this team’s performance this season, Boynton’s absolutely shown enough promise to warrant a healthy raise and reasonable extension.

Because Oklahoma State not only has found itself one heck of a coach, but also the proven right fit for the gig, too.