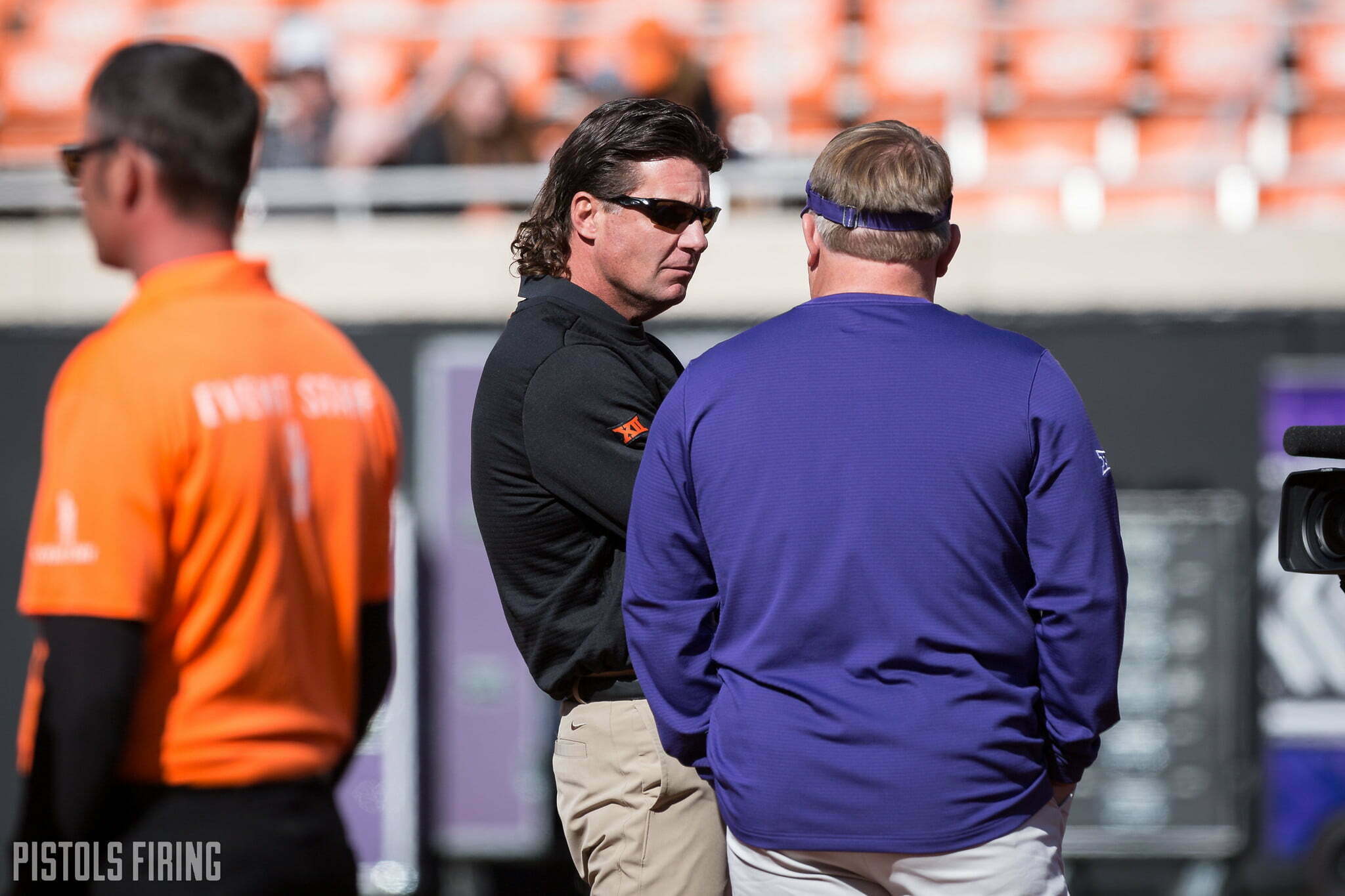 One of the funniest things to come out of quarantine time has been seeing how everybody talks and acts on video calls (like Zoom and Google Hangouts) and videos like the one Mike Gundy made below.

I know I yell more and generally do things I don’t normally do for reasons that are unknown to me just because there’s a camera in front of me and not a human. Looks like Gundy — who has his voice raised to unintentionally humorous levels in this video — is not exempt from that either.

Regardless, it’s the first we’ve (literally) heard from him if you’re not counting the photos he’s been sending out from Montana, where his family was apparently hanging. I didn’t expect his first COVID-19 message to come from the @sangreridge Twitter account, but it was still a good (and thoughtful) message. He’s a big “don’t touch your face” guy, as revealed in this video to students in Stillwater, USA.

“Students, how’s everybody doing?” said Gundy. “I hope everybody is safe, hope your family’s safe. Hope you guys are keeping your distance, hope you’re washing your hands and not touching your face.

“We’re gonna get through this, all of us are. Keep working hard. I know you’re gonna do distant learning, how about finishing up strong? Wouldn’t that be awesome to raise your grades doing distance learning? Spend time with your family, work hard in school, do things that are going to continue to make Stillwater High School, the community of Stillwater, the state of Oklahoma and the United States, which is the greatest country in the world. You guys are the future, okay? Keep working hard, we’re gonna get through this. Make a difference.”

Coach Gundy practicing Expectation #6 and encouraging others to do their best! pic.twitter.com/0hPUP59CYk

Need more PSAs from Gundy. Would listen to him talk (holler) about anything at all. And would probably be more effective than most PSAs within the state.

Also, this isn’t the first time we’ve heard from Gundy on bacteria and staying healthy. He discussed infectious diseases back in November before they were a thing.

“I remember guys running into trees [playing football as a kid],” said Gundy. “Guys running deep balls, actually running looking for a ball and hit a fire hydrant and just slice their knee open. It’s good stuff. That’s the way it used to be. That’s back before we had bacteria stuff to clean our hands with. Everybody built up an immunity to those things because we didn’t care.”