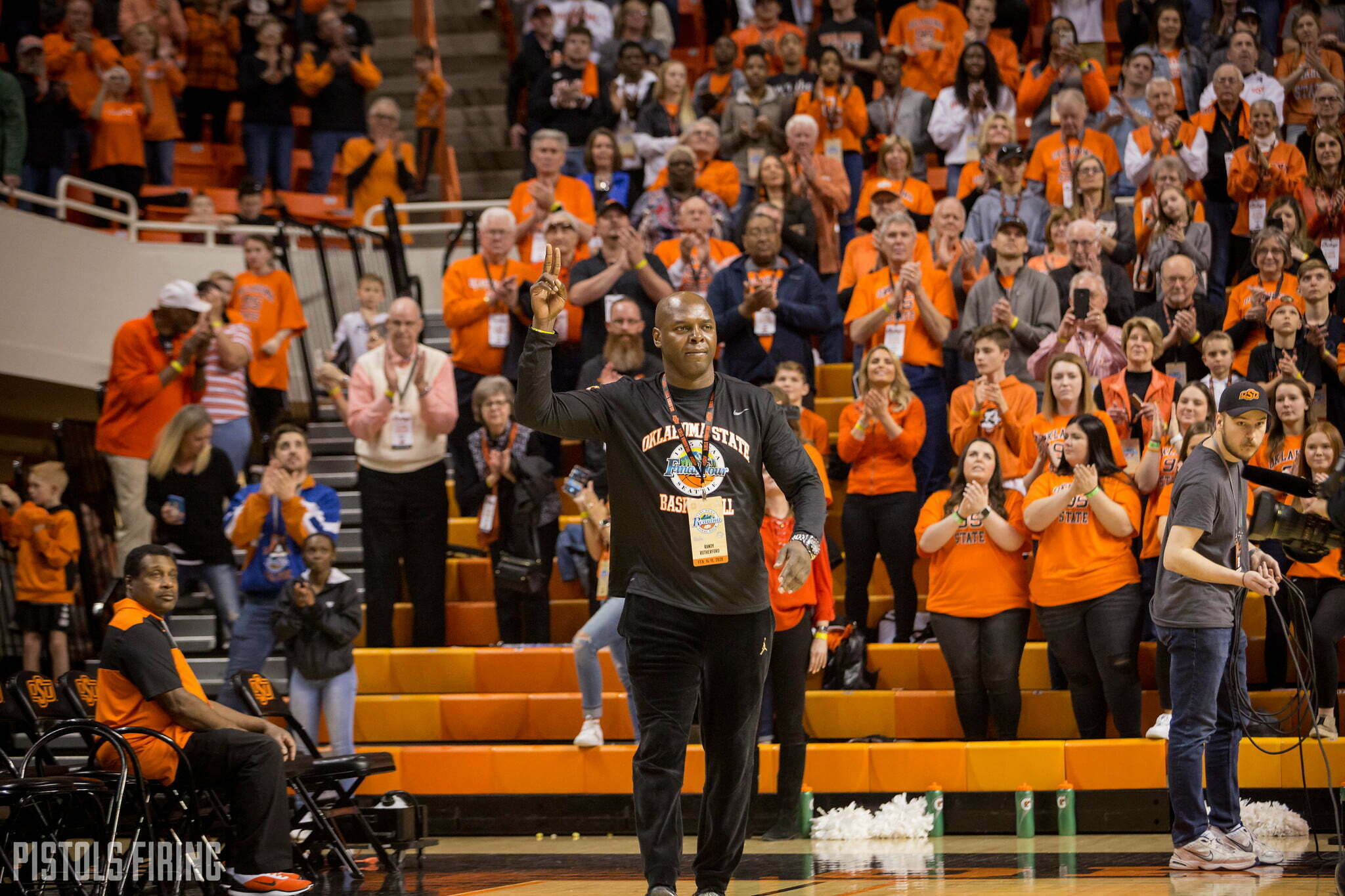 Kyle Porter and OKC Dave recently traded about 10,000 words of emails on the most underrated Oklahoma State basketball players of the Eddie Sutton era (and onward to the present day). Because we don’t want to run one 10,000-word post, lest you all skip over it, we’re going to start releasing their list two at a time in no particular order. First up were Mo Baker and Le’Bryan Nash. Then Vic Williams and Adrian Peterson. Then Brooks Thompson and Byron Houston. Finally, Mario Boggan and JamesOn Curry. Now they’re at the end and OKC Dave is back on the clock.

Travis Ford called and begged me to choose Michael Cobbins for this list, but I’m going to round out my selections with Keiton Page. Here’s the thing with Keiton. He was asked to do *way* too much during his career at OSU. He averaged 30+ minutes in three different season. The only other guys to do that: Reeves, Mason, JA, Vic, Ivan, Peterson. Either true greats or guys that we’ve already mentioned on our list (or both).

To Keiton’s credit, I don’t know of another player that squeezed every ounce of potential out of what God gave him. No disrespect to him, but he had no business being asked to shoulder the load the carried – particularly in his junior and senior years when he was surrounded by guys that wouldn’t come close to playing in the NBA.

He was just super solid and did whatever Ford asked him to do, though. And he was capable of great things. He dropped 40 on Texas. He scored 29 against OU and Kansas (both losses, by the way). I won’t even go into his shooting figures because you know they are great. I feel for him that the insane amount of work he put into his game didn’t result in better team success.

Keiton is a good one. And I don’t think of his lack of support as an artificial suppression to the way we think about this game, but it’s definitely true. He would have been the greatest third guy on a good Big 12 team ever. Instead, he was a one. Not good. This is also the story of the last 10 years of OSU hoops. Threes that had to be ones. Fives that had to be twos. Now they finally have a one that can be a one. I hope he’s not the last.

I labored through this last spot. I thought about including Marshall Moses, Brett Robisch, Freddy J. and even Jawun Evans. But I think in the end I’m going with Randy Rutherford.

If you look at the guys who have taken 500 or more 3-pointers in their careers, he stands alone in terms of percentage. He made the most per game (2.82) of anyone who’s ever put on the orange and black (next is Brooks Thompson at 2.7), and his senior year line is laugh-out-loud good. He averaged 20-8-2-2 in 37 games as a senior while helping Country take OSU to Seattle.

Maybe he’s properly rated in the annals of OSU history, but one guiding light for me is what a revelation all of this has been to our beat writer, Marshall Scott. Coming into 2020, I think he’d heard of Rutherford but he didn’t know much about him. Now — after a lot of research, effort and interviews — I think he’s willing to make the “Steph before Steph” argument. Not really … but maybe.

He was a great one, and his 45-pointer in AFH that year is one of the five best single-game performances by a Poke ever. Look at this. Look at this!

“He did everything he possibly could to help his team win,” said Sutton, who called Rutherford’s performance one of the five best he’s had in 25 years of collegiate coaching. “He had one of the great afternoons I’ve ever seen a guard have. He just had a great performance. ”

“I’ll give somebody on Kansas the 45 points and they can give us the league championship,” Rutherford said.

KU coach Roy Williams said Rutherford “was simply sensational.” “I thought our guys did a good job on him, but I looked up and saw he had 45 points.” Everyone kept looking at the scoreboard – which lists individual player points – to make sure that Reeves indeed had zero.

You can’t make this list on a single game, but when you’re as good as Rutherford it certainly doesn’t hurt.

Are you grabbing Weeden and Blackmon for the football underrated team?

I’m imagining explaining to some fan sitting in GIA in 1995 that Byron Houston and Randy Rutherford would appear on an underrated list in 25 years. But time does that to people, especially in a college town. People forget. And that’s what these lists are for.

Here’s a look at our five-man squads.