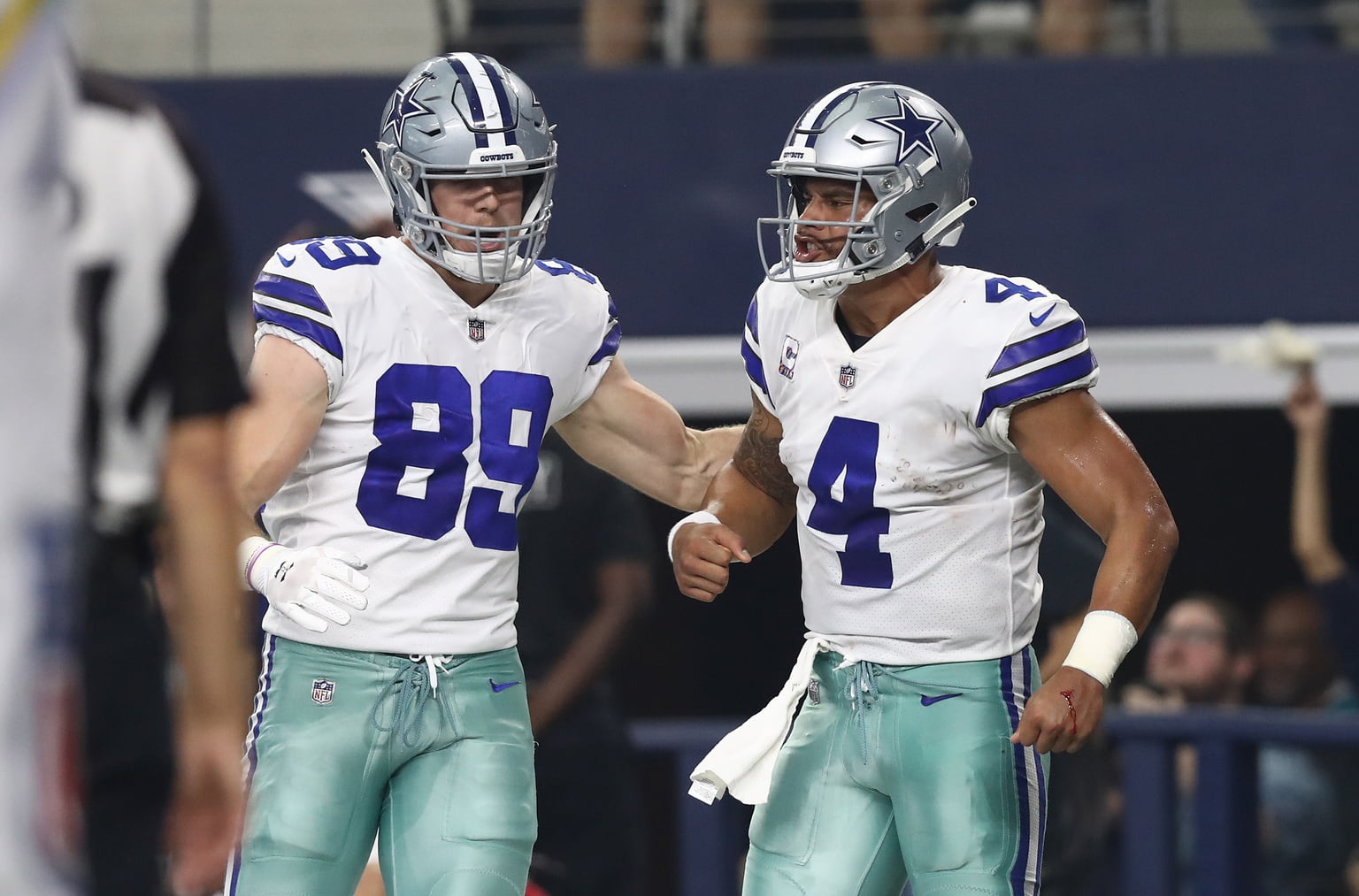 The NFL playoffs kicked off this weekend with a slate of exciting wild card matchups. Several former Pokes were involved so let’s get into it.

Three former Cowboys met in an NFC wild card matchup on Saturday night. Seattle Seahawks Chris Carson and Tre Flowers traveled to Arlington, Texas to take on their former teammate Blake Jarwin and his Cowboys. In a defensive, back-and-forth struggle, the home team came out on top, and it came down to special teams.

Both offenses saw their struggles but the Seahawks were able to pull within 4 late. With kicker Sebastian Janikowski out for the second half with an injury, the Seahawks went to Carson on the ground after a TD. The second-year tailback picked up a 2-point conversion to bring the Seahawks within 2 at 24-22.

But in the absence of Janikowski, the Seahawks had no one to administer an onside kick with a minute and change remaining. The drop kick by punter Michael Dickson sailed long and into the bread basket of Cole Beasley, effectively ending the affair. 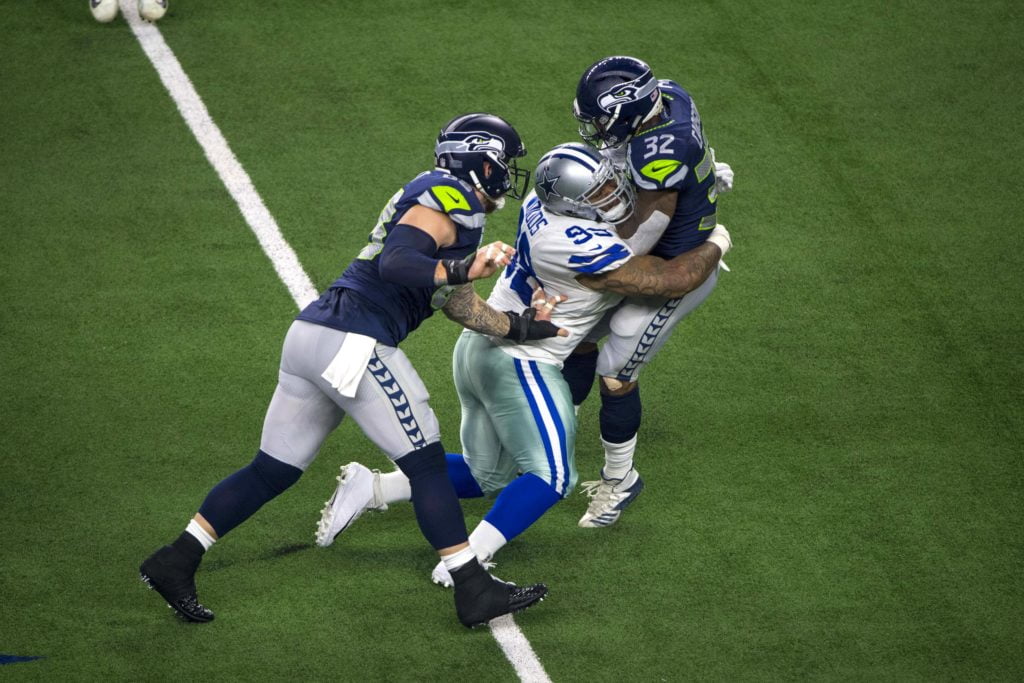 Chris Carson and the Seattle run game were successfully thwarted by a stout Dallas defense. He turned in his lowest game of the season with just 20 rushing yards on 13 carries. He did see pay dirt for the last 2 points of the game, however.

Rookie corner Tre Flowers continued to impress with some stiff defense on Amari Cooper before going down with an ankle injury. Flowers would return to the game and finished with two tackles.

In a winning effort, Blake Jarwin caught all three of his targets for 15 yards. It was a modest followup to his 119-yard, three-score career game in Week 17, but Jarwin will have at least one more opportunity to showcase his talents when the Cowboys head to Los Angeles to take on the Rams in the divisional round on Saturday.

Russell Okung got his team fired up prior to the AFC wild card kickoff in Houston.

time to earn it. pic.twitter.com/x4ZUoONNWL

The Chargers held on for the road win partly thanks to a 3-to-1 win in the turnover department. Lamar Jackson threw an interception and lost one of his three fumbles in his playoff debut.

Okung did get flagged for a costly holding penalty that negated a later third-and-6 conversion by Melvin Gordon. The Chargers would punt it back to Baltimore up only 6 with 54 seconds left for Lamar Jackson to try to captain a game-winning drive.

Chargers OT Russell Okung on the holding call late in the game on a running play team that would have sealed the game: “Roger Goodell doesn’t want us to come home.”

But the Ravens kept the turnover party going when Jackson was strip-sacked and the Chargers recovered. Okung and his Bolts head to Foxborough to take on the reigning AFC champion New England Patriots on Saturday.

The Texans fell at home to the Colts 21-7 in the AFC wild card matchup. Brandon Weeden did not get to see the field in a Fiesta Bowl rematch with Andrew Luck.

If only the Houston Texans had a QB on their roster capable of beating Andrew Luck. pic.twitter.com/R4Hj7hHgay

Weeden appeared in just one game and only to take a knee earlier in the season, his only time seeing the field in the past three years. Weeden was on a one-year deal with Houston and is effectively a free agent entering 2019.

• This from Field Gulls on Tre Flowers’ elite potential was awesome. Their film breakdown of his rookie season shows that the converted college safety has already “mastered” Pete Carroll’s famous DB technique.

The examples covered had Flowers looking accomplished in a plethora of Carroll’s defensive back techniques. His game was virtually shut-down. In bump-and-run, off-man or off-zone the corner is employing various methods to win his individual matchups. His speed and length gifts him recovery ability. Moreover, he is demonstrating a clear understanding of the coverage concept each time and the role his individual assignment plays in each pass defense. [Field Gulls]

• Jarwin caught up with his former position coach Jason McEndoo.

Big S/O to @Jaws_47 on the win tonight & taking care of @LukeMcEndoo & I….. Good luck next week in the #NFLPlayoffs #GoCowboys pic.twitter.com/g0C2Jd6WyG

• Flowers and Jarwin met up postgame to exchange jerseys.

• There’s a joke to be made here about Weeden not practicing well in receiver drills but going ham when given the shot.