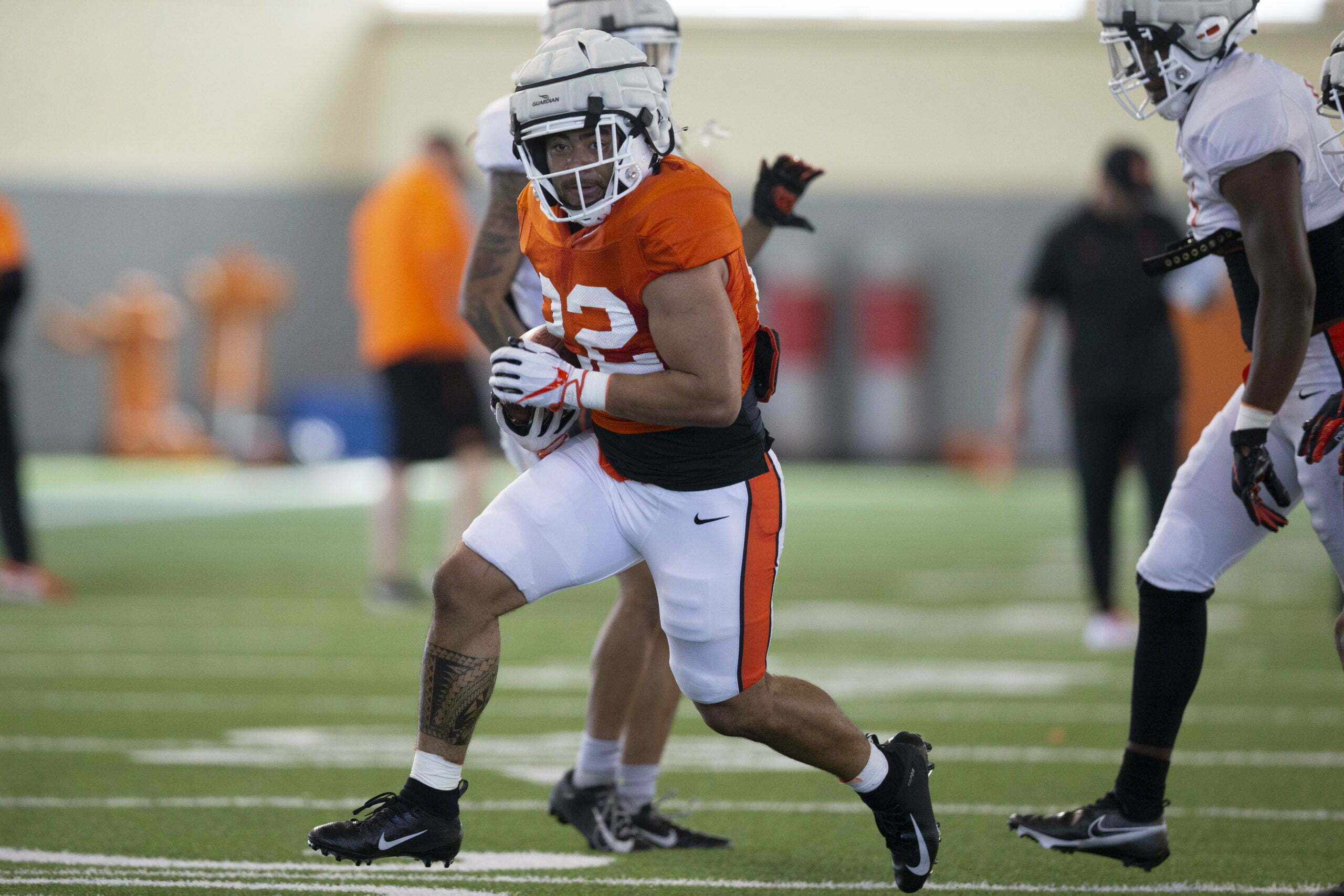 Oklahoma State has two big holes to fill on the offensive side of the ball with departing superstars Tylan Wallace and Chuba Hubbard. Although the Cowboys have options and depth at both, they’ve got the benefit of proven production to replace Chuba.

Let’s take a look at the running back group as spring practice winds down.

Top Storyline: The Room is Deep

Oklahoma State’s running back position has been a source of optimism coming into each of the previous four springs thanks to returning stars Justice Hill and Chuba Hubbard. But this year it is depth and options, instead of a clear-cut gem, that helps Mike Gundy and Co. sleep easier at night.

“That’s a position that we’re pretty deep at right now,” said Gundy early in the spring. “We’ve got quite a bit of experience at that position.”

LD Brown is still the expected starter after returning thanks to the NCAA’s COVID-19 eligibility extension, but he’ll have plenty of help and plenty of competition for carries.

Dezmon Jackson and Dominic Richardson each had breakout performances in 2020 thanks to injuries ahead of them, and incoming transfer Jaylen Warren has been one of the talking points out of practice this spring.

Keep an Eye On: Jaylen Warren

It’s the player we haven’t seen that tends to be the most intriguing, but it’s more than curiosity that’s got me excited about Warren. He’s productive wherever he goes.

In high school Warren broke a Utah state rushing record that was nearly four decades old, racking up over 3,000 yards. He then went the junior college route and picked up right where he left off. Warren led the nation with 159.4 rushing yards per game, and his 8.6 yards per carry was No. 2 nationally in 2018, earning him the NJCAA Offensive Player of the Year.

At Utah State he came in behind an incumbent starter but still mustered more than 500 yards and five TDs in 2019 and was on his way to a big 2020 season before the Mountain West shut things down because of the pandemic. In just three games he had 252 yards and three scores.

Warren has impressed so far in Stillwater. With Gundy rattling off 40 times and Kasey Dunn talking him up, it will be interesting to see just how he fits in this packed RB rotation.