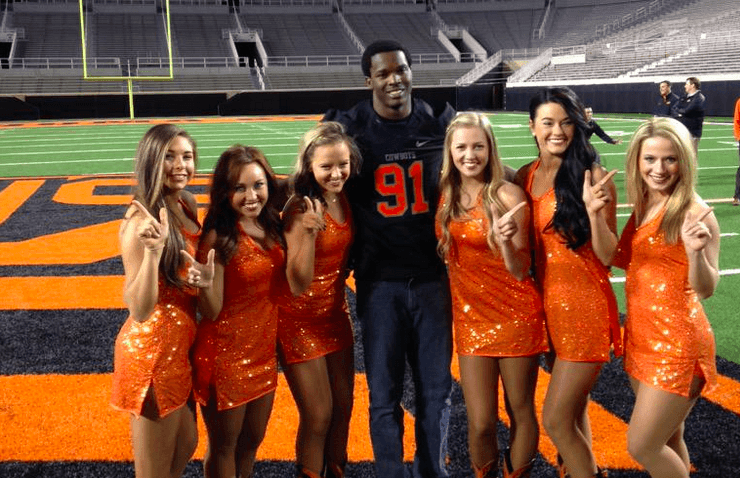 There were several high-profile visitors on campus this weekend, most notably four-star athlete Louis Brown and three-star running back Chris Carson.

Brown is currently ranked No. 267 on the ESPN top 300 recruits in the nation, and is ranked as the No. 23 overall athlete.

ESPN recruiting analyst Tom Luginbill, the proprietor of the ESPN300 wrote this about Brown in July:

“Brown is a tall, rangy athlete who is just scratching the surface of his potential. Though narrow in base and long and lean, he shows the ability to be explosive and has wiry strength that we see transforming into awesome power at the college level.

“He can run, close and chase down the quarterback and has a ton of physical tools to develop.”

Brown played outside linebacker, wide receiver, and even running back for Burton High School last season. At 6-foot-6 and listed at 215 pounds by 247sports, he was recruited to play the weak side defensive end position.

Brown is extremely athletic and projects similarly to defensive end Jimmy Bean, who came in weighing 225 and has put on over 30 pounds throughout the past few years.

Check out Brown’s highlights from his senior season here:

Running back Chris Carson has been a primary focus in this class in the final push for this recruiting cycle, as he is an experienced junior college back who could contribute immediately next season.

Carson posted several pictures to his Instagram over the weekend in OSU gear including this one below. 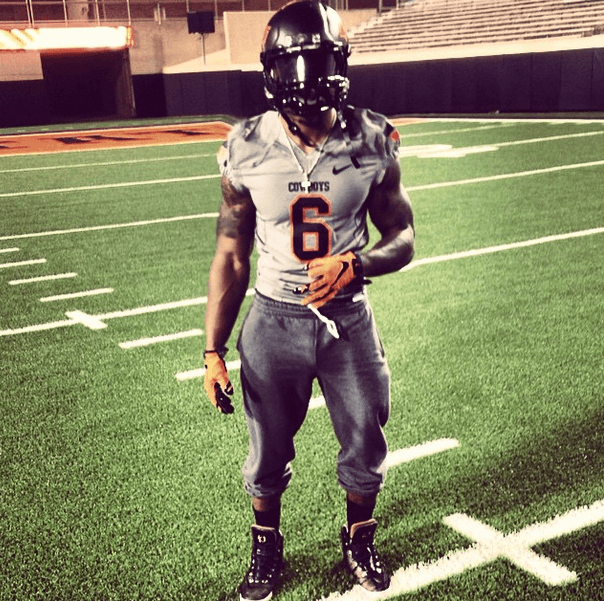 Carson came away from this weekend officially still committed to Georgia, however.

Asked if visiting OSU convinced Carson that UGA was the right fit in an interview with the Atlanta Journal-Constitution he responded, “Yes, it kind of did. I just feel like my vibe at UGA is a little better than with Oklahoma State.

“I’ve still got some things I’ve got to weigh in on with making that decision…I’d probably say I’m like 70-percent with UGA. Maybe 80 percent.”

Carson also mentioned that the OSU coaches did not show him the UGA depth chart.

If the Cowboys could flip Carson before signing day there is a chance he may shoot near the top of the depth chart for the Cowboys backfield next season.

Carson is expected to make a final decision by the end of the week, according to Michael Carvell of the Atlanta Journal-Constitution.