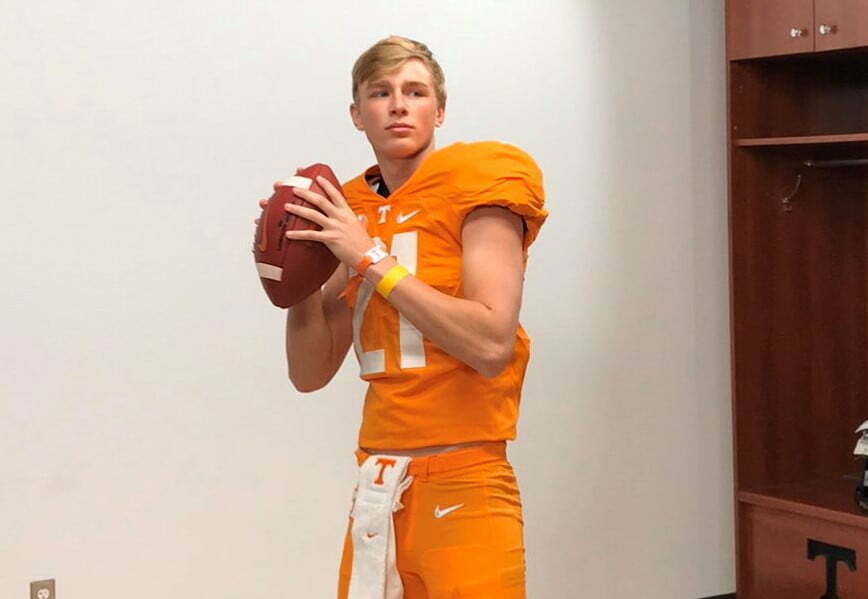 The Oklahoma State coaching staff is extending its recruiting outreach to the Peach State with its latest quarterback offer.

Sam Horn, a 2022 prospect out of Collins Hill in Georgia, announced an OSU offer Thursday night. Here is a breakdown of Horn as a recruit.

There aren’t a ton of 2022 prospects in rankings yet, and Horn falls into that category. But with his offer list, which we’ll get do, he will probably be a four-star guy when all is said and done.

Horn is still two years out from graduating high school, but he has a nice frame at 6-foot-3, 180 pounds.

He also has an early crystal ball prediction on 247Sports projecting him to Tennessee. That was just put in Tuesday.

Horn completed 196 of his 301 pass attempts (65%) for Collins Hill High School this past season. He threw for 2,326 yards and 22 touchdowns while throwing only six interceptions.

It doesn’t look as if the Cowboys will take a quarterback in 2021 with Gunnar Gundy walking on next fall.

Spencer Sanders will be a redshirt senior in 2022. Sanders’ successor at this time seems to be incoming freshman Shane Illingworth, who would likely be a redshirt sophomore in 2022.