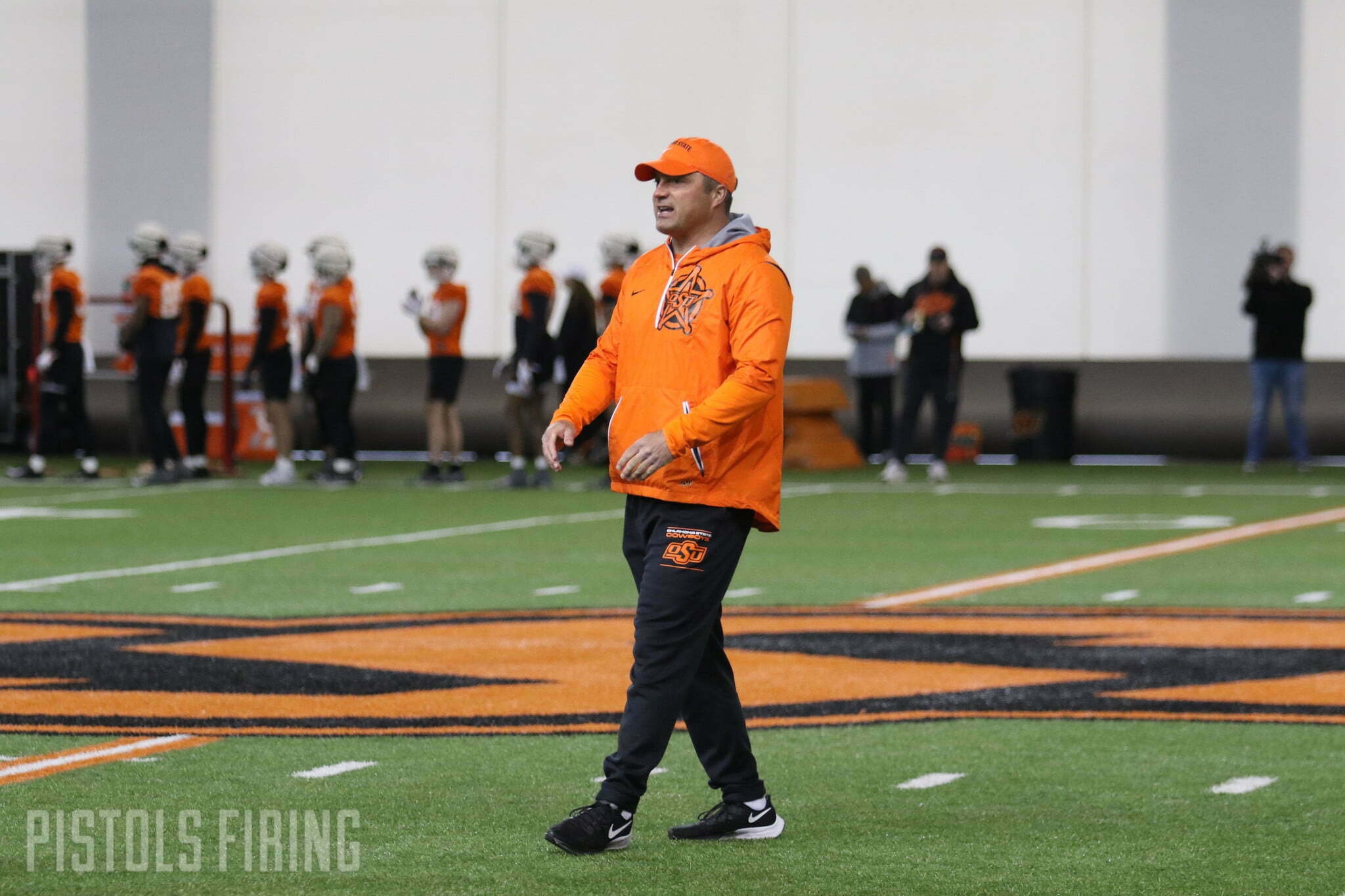 The Cowboys lost a lot at running back this offseason, but they could gain some experience via the transfer portal before the fall.

Buffalo transfer Dylan McDuffie announced an Oklahoma State offer Wednesday night. McDuffie was the MAC’s fourth-leading rusher last season, running for 1,049 yards and 11 touchdowns on 5.1 yards per carry. He would have two seasons of eligibility remaining.

OSU lost Jaylen Warren, LD Brown and Dezmon Jackson from last season’s backfield, but position coach John Wozniak did a good job at recouping some of that loss by bringing in four-star freshmen Ollie Gordon and CJ Brown to pair with returners Dominic Richardson and Jaden Nixon.

On Monday, OSU coach Mike Gundy said that, ready or not, Richardson would have to carry the ball 18 to 20 times a game next season with the youth surrounding him, but adding someone like McDuffie could lighten that load.

McDuffie was a three-star recruit in the 2018 class, garnering offers to play at Buffalo, Central Michigan, Western Michigan and others. After playing two games and redshirting in 2018, McDuffie didn’t get a ton of work in 2019 or 2020, sitting behind Jaret Patterson. Patterson rushed from 1,799 yards in 2019 and 1,072 yards in 2020. He now plays for the NFL’s Washington Commanders.

But McDuffie got his chance in 2021 and took advantage of it. Listed at 6-foot, 207 pounds, he started Buffalo’s final six games of the season, eclipsing 100 yards in four of those games.

OSU has had recent success with transfer running backs — look no further than Warren. After transferring in from Utah State, Warren ran for 1,216 yards and 11 touchdowns in 2021.