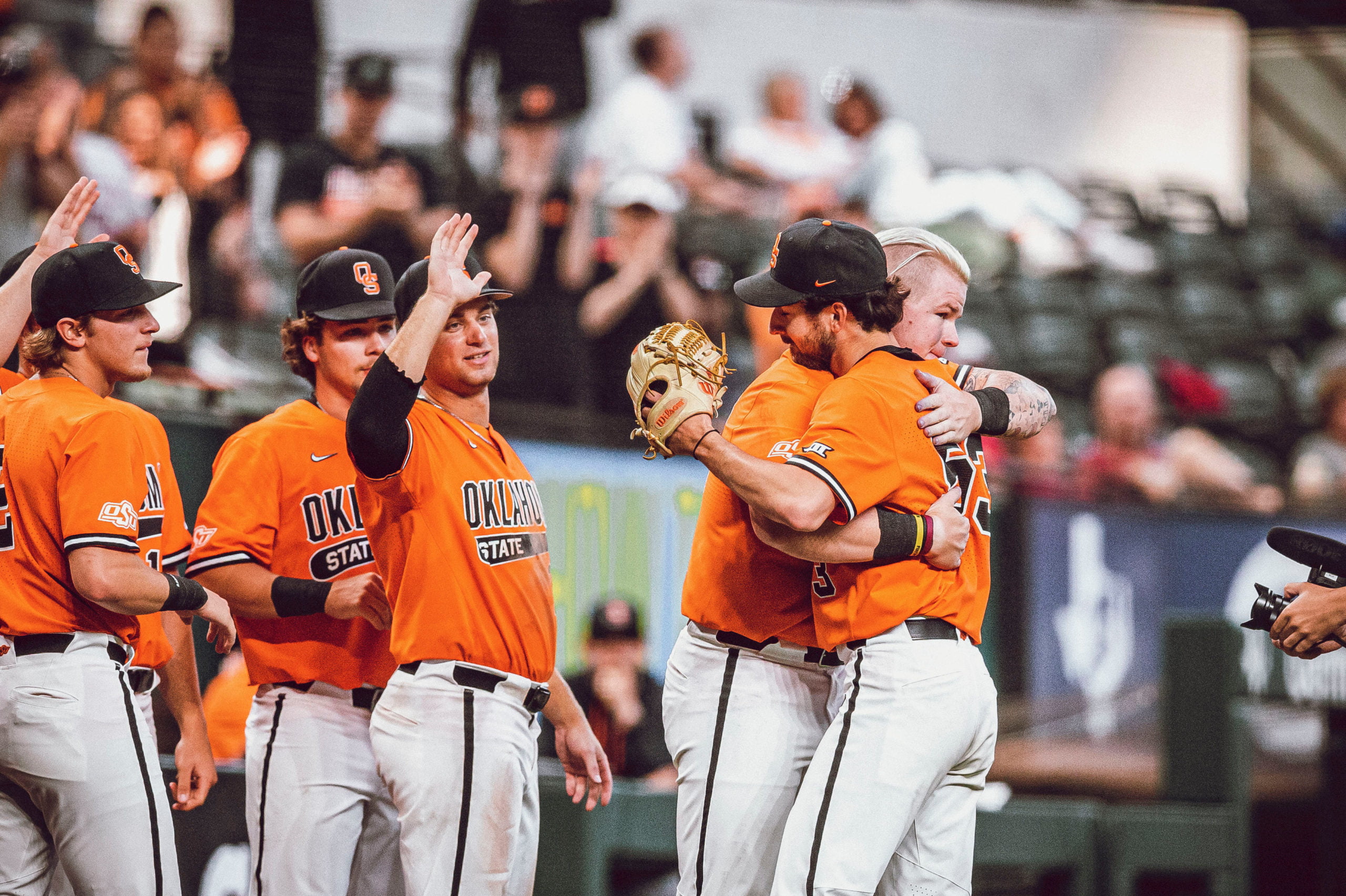 The Cowboys got up on the right side of the bed Saturday morning.

Oklahoma State topped Texas 8-1 on Saturday morning to force a double-header semifinal in the Big 12 Championship. The Cowboys are the fourth seed in the tournament, with Texas being the fifth.

The Cowboys built a 6-0 lead in the first two innings and added a run each in the fourth and fifth and then rode relief pitcher Ryan Bogusz for a career performance in his first start.

Despite the disparity on the scoreboard, the Cowboys didn’t make it easy on themselves. The Cowboys scored six of their eight runs with two outs. From the mound, Bogusz allowed seven of the Longhorns’ nine leadoff men to reach. But the Longhorns mustered only one run on him.

Roc Riggio took a minute to get up after getting hit by the first of two pitches on Saturday morning. UT starter Zane Moorehouse has a big arm. But the Cowboy freshman was able to walk it off to first base before Jake Thompson paid it off with a homerun on his first swing.

Riggio’s RBI double in the second made it 3-0, and then Thompson hit a ball deep down the left-field line, a two-run double that sent Riggio and Zach Ehrhard across the plate.

Griffin Doersching added an RBI double in the second.

Nolan McLean wasn’t feeling it from the plate, but he was a highlight factory at third base. He played a hop in the second that saved a run when he threw a runner out at the plate, and then produced this web gem in the third.

Then McLean facilitated a 5-4-3 double-play to end the fifth inning.

Bogusz was nothing short of impressive in his first career start.

Coming into Saturday, he’d yet to pitch more than four innings in his career. He kept the Longhorns off the board for eight innings and then came out for the ninth, but after a leadoff walk, Bogusz’s day was done.

Bogusz moved to 3-0, allowing five hits and walking three in eight official innings. The one run he was credited with came off the arm of his relief, Trevor Martin. Each time Bogusz got himself into a jam he leaned on his stealthy slider and held a good UT offense at bay. That’s a good sign for a Cowboy team that is looking for another dependable arm in its rotation.

Martin came in for the final three outs and looked good doing it. He did give up an RBI double to his first batter, UT’s Mitchell Daly, but then Martin proceed to punch out three-straight Longhorns to end the game.

OSU and Texas will play again at 4 p.m. Saturday for a spot in Sunday’s Big 12 Championship game.