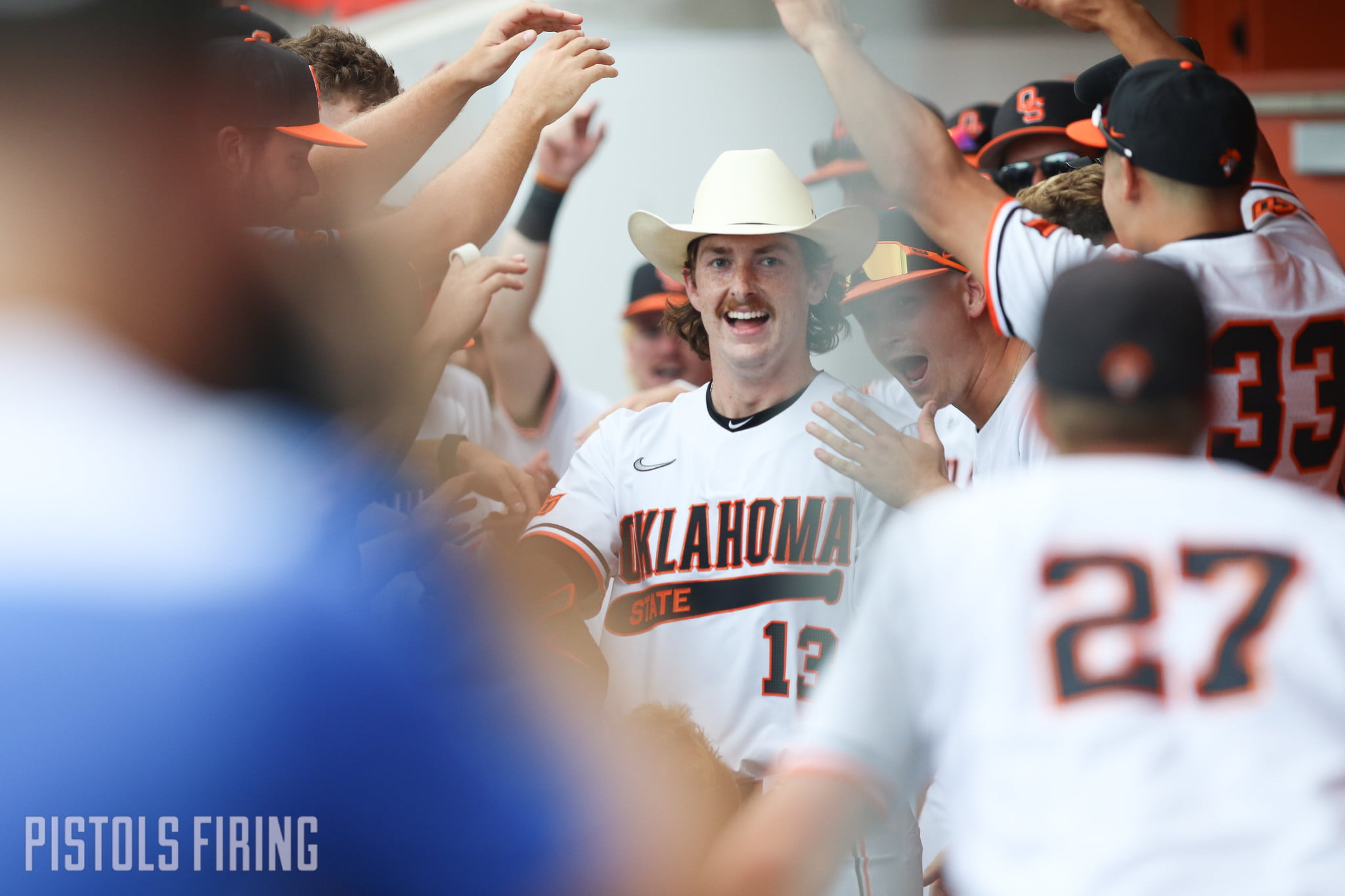 OSU baseball two-way star Nolan McLean was selected with the first pick of the third round of this year’s MLB Draft on Monday as the Baltimore Orioles again dipped into Stillwater to draft him with the No. 81 overall pick. McLean played both ways for the Cowboys and was a multi-tool player on defense who starred both on the bump and at third. The Orioles apparently intend to bring him in as a pitcher.

McLean is the second former Cowboy to be selected in the MLB Draft and the third who was associated with the program after OSU signee Jackson Holliday went No. 1 overall on Sunday night to the Baltimore Orioles and pitcher Justin Campbell went No. 37 overall to the Cleveland Guardians.

Coming out of high school in North Carolina in 2020, McLean was considered a potential first round pick before the pandemic threw a wrench into the draft and ultimately led to him signing and actually arriving on campus at OSU. He joined the school as both a baseball player and a quarterback on the football team but was always considered a future pro on the diamond.

This past season with the Cowboys he had his best year yet to blossom into one of college baseball’s most dynamic and productive talents. He knocked in 19 homers, hit .285, drove in 47 RBIs while posting a 4.97 ERA on the season from the mound. In May he was named to the All-Big 12 First Team as a utility player and to the All-Big 12 Second Team as a pitcher.

Rays Take Trevor Martin in the Third Round

The big right-hander from Asher, USA is headed to Tampa Bay.

The Rays selected Trevor Martin with the 104th pick in the MLB Draft, taking the 6-foot-3, 238-pound hurler with a third-round selection.

Martin wore a few different hats for the Cowboys this past season. Last fall, he was training to be a starter, but he somewhat fell into a closer role early in the year. He finished the season with a team-best nine saves. Later in the season, Martin played in different roles, culminating in his six 2/3 innings pitched against Missouri State in the Stillwater Regional where Martin struck out 16 Bear batters.

He finished the year with a 4.75 ERA in 47 1/3 innings. His 79 strikeouts were second on the team to Justin Campbell despite Martin being fifth on the team in innings pitched.

Angels Select Mederos in the Sixth

A transfer from Miami, Victor Mederos has spent only one season in Stillwater, but now he has his shot at pro ball.

The Los Angeles Angels selected Mederos, a 6-foot-2, right-handed pitcher, with a sixth round pick in this year’s MLB Draft. Mederos was second among Cowboys in innings pitched this past season with 66. He had a 5.59 ERA and 62 strikeouts.

Mederos was a three-time All-American in high school before making the jump to hometown Miami last season where he had a 5.11 ERA in 11 appearances.

Angels Take Phansalkar in the Seventh

The Angels made it back-to-back Pokes pitchers by taking Roman Phansalkar in the seventh inning of this year’s MLB Draft.

LA took Phansalkar with the 208th pick. A Heritage Hall alum, Phansalkar had a breakout season with the Cowboys in 2022 as a relief arm. He was probably the steadiest hand in Rob Walton’s bullpen all season.

A 6-1 right-hander, Phansalkar had a 3.46 ERA in 29 appearances this past season, holding opponent batsmen to a .222 batting average against him.

He started his college career at Arizona before transferring back to his home state. He missed the 2019 season because of Tommy John surgery and was limited in a shortened 2020 season, making only two appearances. He made 13 appearances in 2021, where he had a 6.35 ERA before finding his groove this past season.

The Padres selected Oklahoma State nuke hitter Griffin Doersching in the eighth round of the MLB Draft. A transfer from Northern Kentucky, Doersching quickly became a fan favorite in Stillwater with his bleach blond mohawk and his tattoo sleeve — and the fact that he regularly hit balls into the parking lot didn’t hurt.

Doersching hit .296 with 15 home runs and 58 RBIs as a Cowboy. He missed about 20 games in the middle of the season with a broken bone in his foot, so it’s scary to think what those numbers would’ve looked like in a full season.

He had a lot of memorable home runs this past season, but legends will be told about the ball he crushed over the scoreboard and deep into the Stillwater night against Texas Tech.

The Cowboys are flying off draft boards like Caeden Trenkle flew around centerfield in orange and black.

The Oakland A’s took Trenkle with a ninth-round selection after he hit .302 with a .429 on-base percentage during the 2022 season.

Trenkle was a freshman All-American during the shortened 2020 season and has been a steady force for the Cowboys since arriving on campus. Trenkle had a strong finish to the 2022 season, going 15-for-31 (.484) in his final eight games seven RBIs and 10 runs scored.