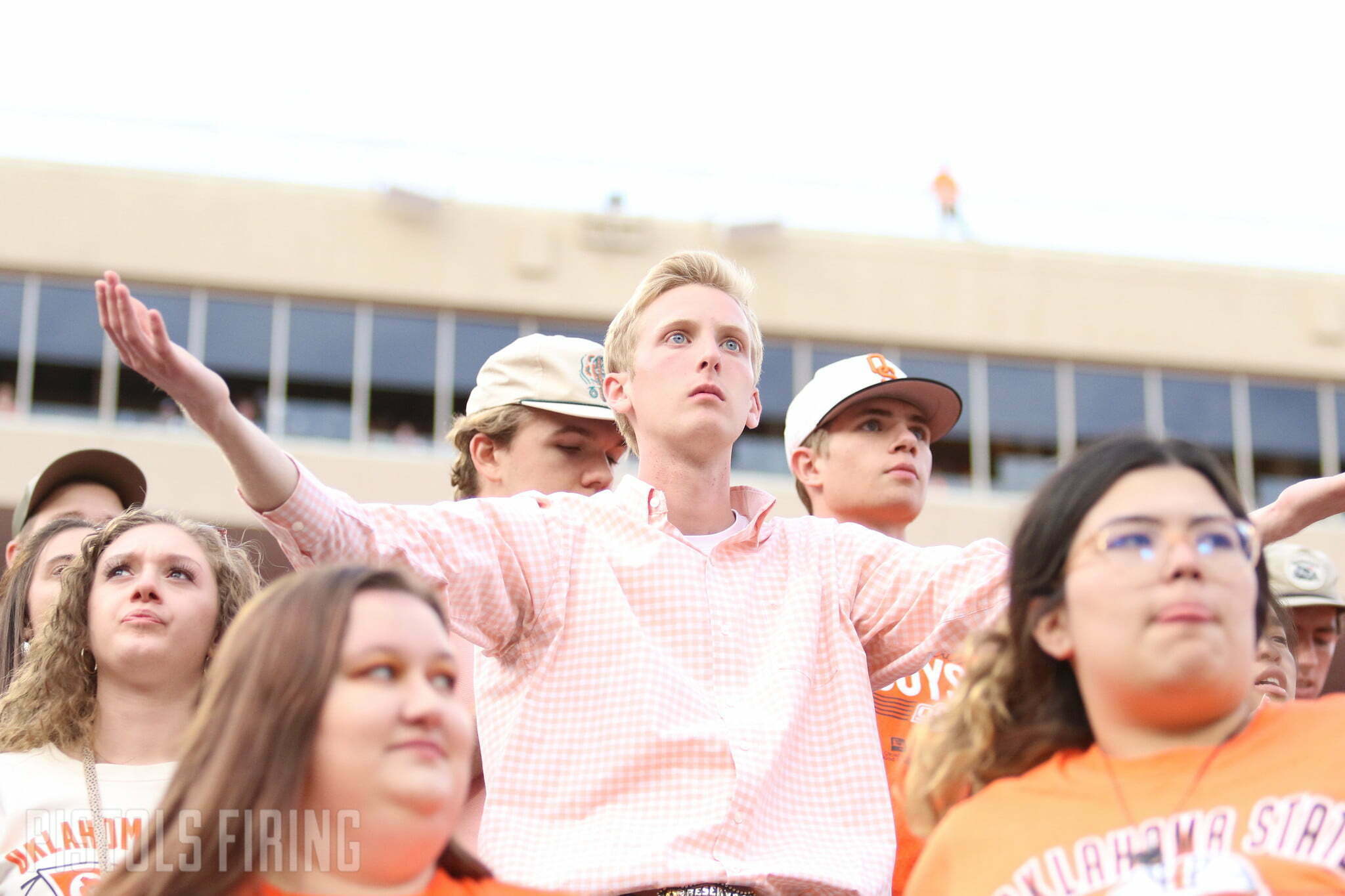 Oklahoma State took care of business on Saturday, rebounding from its first second-half deficit of the season to defeat Texas Tech and remain unbeaten. But style points count to rankings voters, and those who decide the AP Top 25 are more reactionary than the coaches.

The Cowboys dropped from No. 7 to No. 8 in the latest AP ranking. OSU remained at No. 7 in the latest USA Today AFCA Coaches poll.

Before we dig into all the movement in the AP Top 10, here is the full ranking.

As stated, the AP voters seem to operate in more of a knee-jerk style as compared to the coaches. While no teams in the Top 10 lost, Alabama showed some warts against Texas A&M sans its Heisman winner QB. That saw the Crimson Tide drop from 1 to 3.

Tennessee went to Baton Rouge and shellacked an LSU team that the AP considered No. 25 last week, facilitating the Vols’ leapfrog over the Cowboys from 8 to 6.

Elsewhere in the Big 12, Texas is back in the ranking (T22nd) thanks to the Longhorns’ 49-0 nothing stampede over the Sooners in Dallas. OSU’s next opponent, TCU, enjoyed a four-spot boost after outlasting Kansas in Lawrence, though the Jayhawks remained at 19 after the loss. Kansas State climbed three spots for its win over Iowa State.

Baylor remained just outside of the AP Top 25 on a bye week, sitting two spots out with 91 votes.