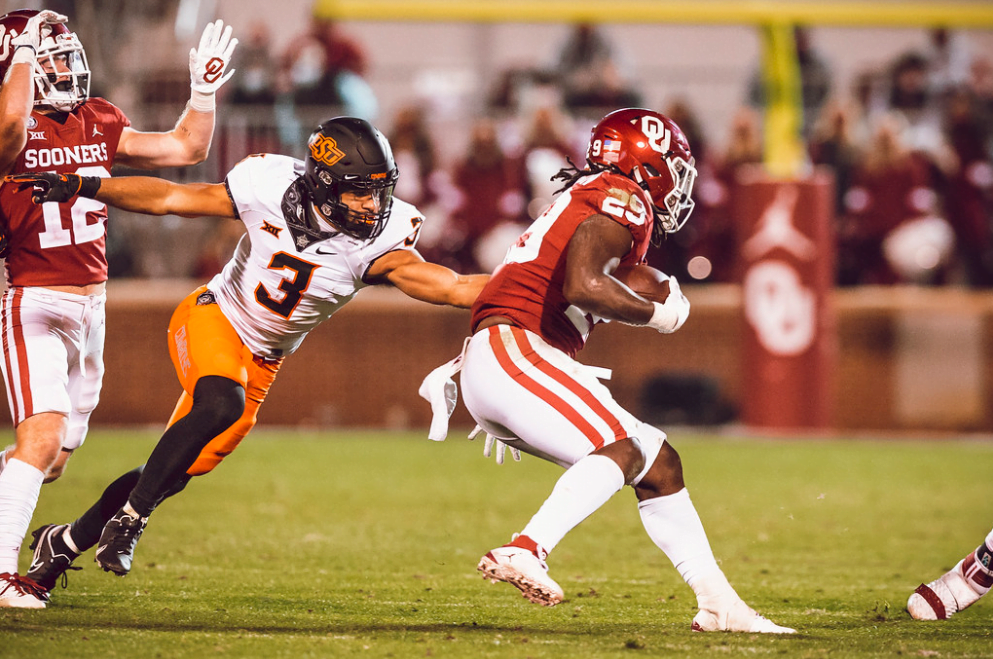 The Cowboys fell seven spots in this week’s AP Poll following their 43-13 loss to the Sooners. OSU also fell eight spots to No. 22 in the Amway Coaches Poll.

Oklahoma took OSU’s place in 14th after its Bedlam win, and Iowa State is up to 15 after blowing out Kansas State in Ames. Texas rose two spots to 20 during an off week.

The Cyclones and their fans were also happy with the Bedlam result with their only conference loss coming to OSU.

This weekend further complicated OSU’s Big 12 title hopes but solidified the path for Iowa State to make its first appearance in the Big 12 title game. The Cyclones’ last conference championship came all the way back in 1912 as part of the Missouri Valley Intercollegiate Athletic Association.