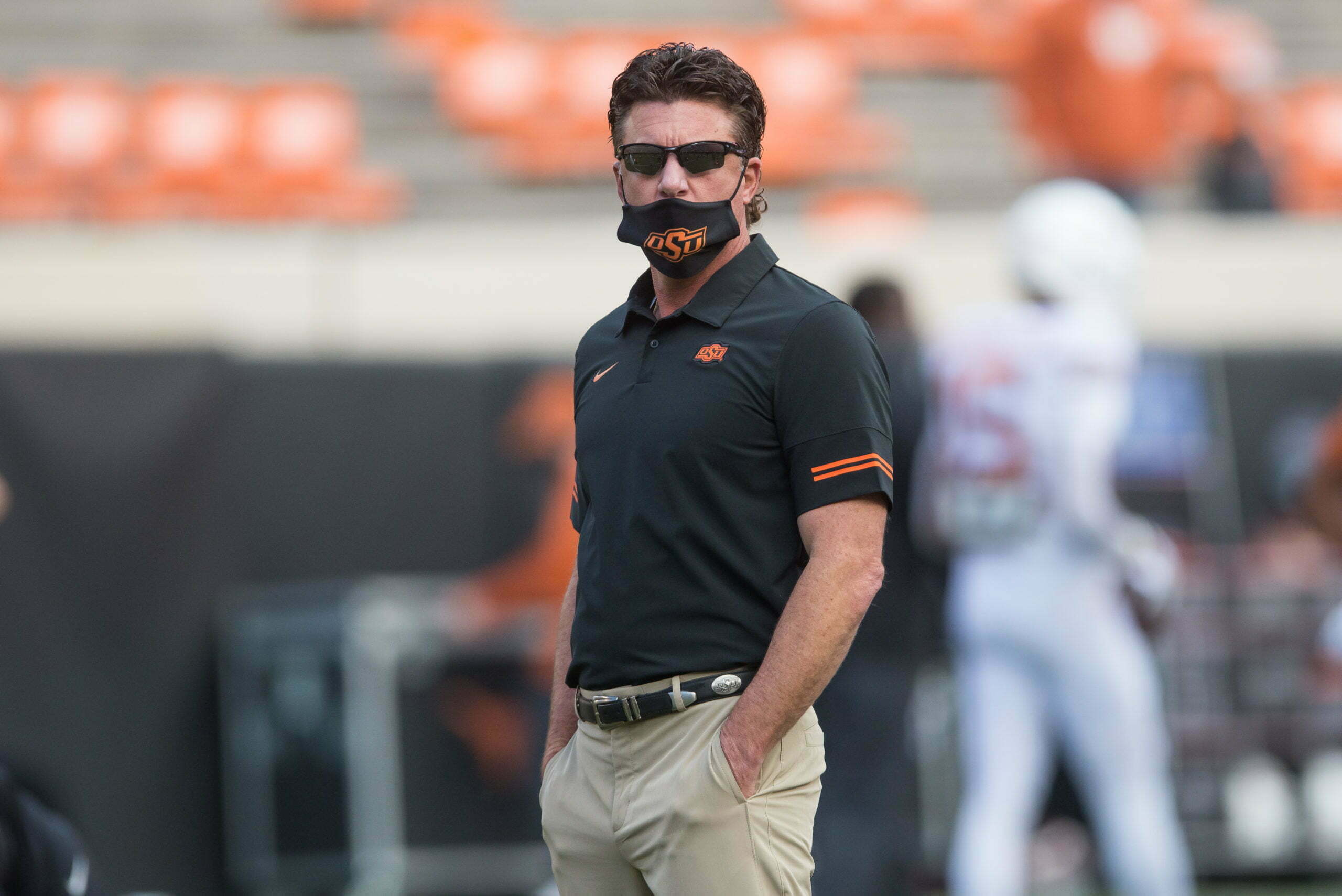 Mike Gundy is glad to put what was probably the rockiest year of his tenure behind him.

He had off-field issues before the season and on-field injuries during it. His most anticipated team in several years stumbled not once, but thrice — and it was all rendered on the backdrop of a global pandemic that has effected every facet of life, least of all in sport.

So that’s why Gundy said he was as delighted by his team’s bowl victory over Miami, Cheez-it bath and all, as any win in his career.

“I was really happy for our players,” said Gundy. “This win might be as satisfying and gratifying a win for me personally, selfishly, as any that I’ve had in my career. Just seeing the exhilaration and enjoyment on the players’ faces after the game.”

So what do eight wins mean in a truncated 2020? Plenty, to be honest.

If you stretch it out to include the previously-scheduled games with Oregon State (which finished 2-5) and Western Illinois (cancelled its season) it’s easy to go ahead and pencil the Cowboys in for a 10-3 finish.

Gundy alluded to that as well.

“So with everything that’s gone on, when you look at what we’ve accomplished, you can call it like you want, but if we played a nonconference, we’re sitting here — pretty good chance we’re sitting here with another 10-win season with some pretty dramatic and considerable number of injuries early in the season that our players have rallied back from.”

But instead of crediting the Cowboys with supposed wins, let’s just look at the games that played out on the field. For those with a sharp memory, I tossed out these numbers in my 10 Thoughts from the Baylor Blowout, but since Gundy brought it up, I’ll drop them here.

Here’s how this season stacks up against Gundy’s best teams by win percentage.

So an 8-3 finish is just between those good 9-win teams led by Zac Robinson and the really good 10-win teams like the 2013 shoulda-been Big 12 champs and most of the Mason Rudolph era. So somewhere close to a good, not great finish in the pantheon of Gundy teams.

As Gundy pointed out, it had its ups and downs, but the Cheez-It ended on a good note for the Cowboys who leaned on their defense to save the day — 2020 Cowboy football in a nutshell.

“The game tonight was a really good illustration of how our team has been,” Gundy said. “Early in the game offensively we couldn’t do anything wrong. In the second half, the defense went out and got two big stops right there in the end.

“The guys made plays and just found a way to win. Selfishly, for me, it’s as good a win as I’ve had in my career.”