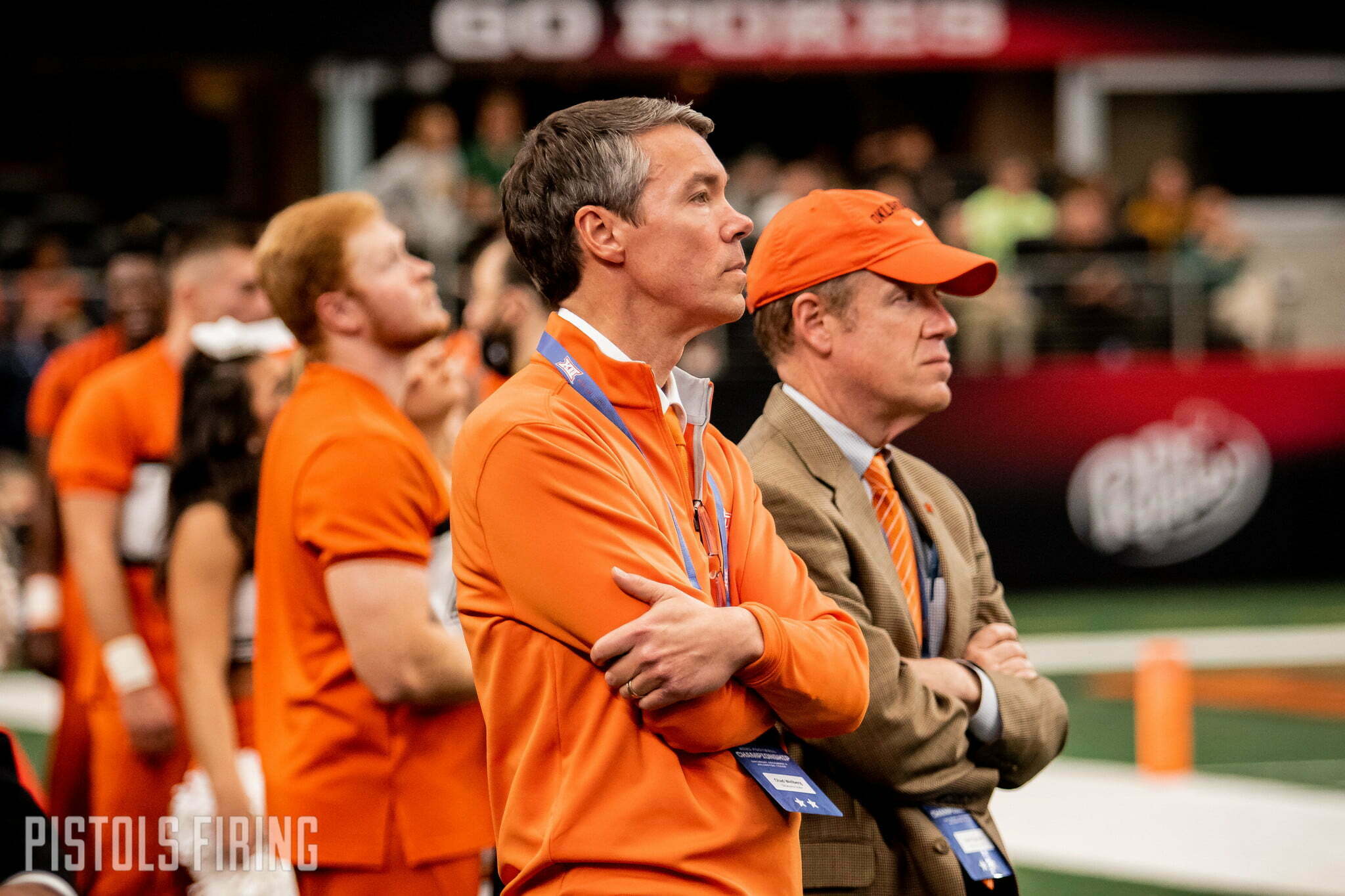 For years, Oklahoma State football has done more with less.

Whether it be beating Texas with a team primarily built of three-star recruits or not necessarily having a national brand, the Cowboys kept winning under Mike Gundy. On Friday, Oklahoma State got its elbows out and crammed its way into the big boy table of college athletics when it gave Mike Gundy a raise, paying him $7.5 million is 2022.

For some perspective, here is a list of coaches who made less last year than what Gundy will make in 2022, according to USA Today:

Those are the types of schools OSU got in the conversation with. The $7.5 million would’ve been tied with Texas A&M’s Jimbo Fisher as the seventh-highest paid coach in the country in 2021. It would’ve been more believable to think Gundy would be the Big 12’s highest-paid coach when Oklahoma and Texas left for the SEC, but even with the Sooners and Longhorns sticking it out in 2022, Gundy’s salary still tops that of what coaches in Norman and Austin will be paid.

It’ll be somewhat divisive that Gundy is making this much money, sure. Some will say he has earned it by turning OSU into a winning program, by going 149-69 in 17 seasons, by beating Notre Dame in a Fiesta bowl. Others will argue that a coach who has won one conference title in 17 seasons and is 3-14 against his in-state rival shouldn’t make that type of cheddar. Whatever side of that argument you fall on, you can’t deny that OSU took a step into this realm of committing to being a big time football program with this pay raise.

Other questions will be asked as to whether this money could’ve been used elsewhere. Well, there’s the old saying that you have to spend money to make money — or as Thunder GM Sam Presti once eloquently put it, “Scared money don’t make none.”

OSU’s nonrevenue sports have seen massive upgrades over the past decade. The Michael and Anne Greenwood Tennis Center, Neal Patterson Stadium and O’Brate Stadium have all opened since 2014. It has been incredible. But there is still work to do.

In no particular order, wrestling, softball and track need upgrades.

The all-time winningest program in collegiate athletics, OSU’s wrestling team just finished tied for 14th at nationals. The Cowboys are falling behind Big Ten programs in terms of facilities. Iowa, for example, is getting ready to construct a 38,500-square foot training center estimated to cost about $25 million. The OSU wrestling team recently got a $1 million upgrade to its locker room, which is a start, but it’s silly to think that will compete with a $25 million wrestling-specific facility.

OSU track runner Taylor Roe won and indoor national championship this month without OSU having an indoor track. OU, Arkansas, Kansas and Kansas State, all in the same area, do have indoor facilities.

Kenny Gajewski has led the Cowgirl softball team to back-to-back Women’s College World Series despite having to recruit to a stadium with 452 chairbacks. The Cowgirls did get an upgrade with some new turf and a new outfield fence this season, but it is just a holdover for the main course that Gajewski wants.

Football is the cash cow that can provide for these other programs. It’s a balancing act that OSU athletic director Chad Weiberg has to tightrope — how much to give the machine that is football to still be able to create money for other programs. But the fact that these nonrevenue sports need football isn’t lost on the coaches.

OSU was in a good spot with what it was spending before this Gundy raise, but it was going to be incredibly difficult for the football program (and the athletic department) to take that step from good to great without more of a commitment.

Oklahoma State had a good thing going. But now it’s time to see if OSU can turn that good football program into a nationally great program and what that could do for the rest of the athletic department.