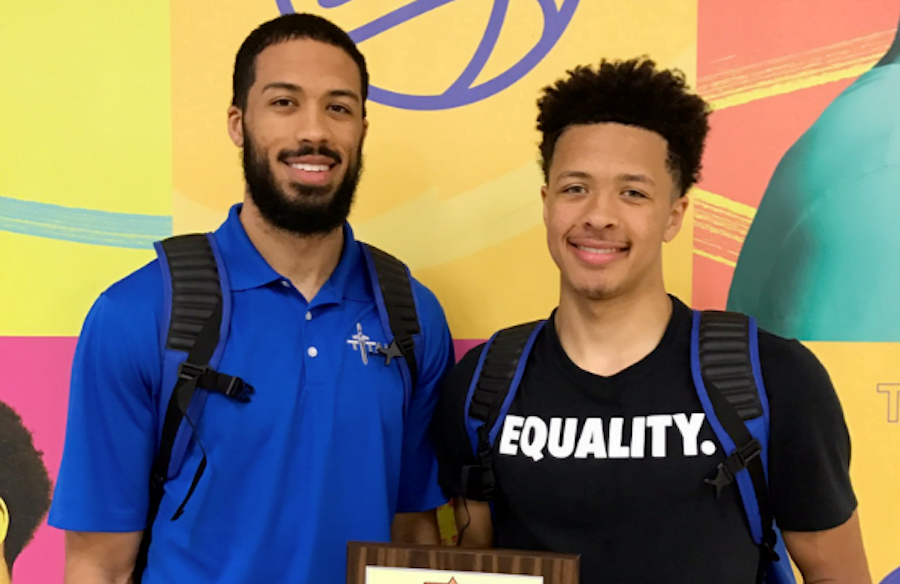 Off-the-field festivities in Stillwater, America will be the story of the weekend. With the football team favored by a country mile over McNeese State, all the attention will, ironically, be on how five-star basketball recruit Cade Cunningham enjoys his time in town.

Cunningham is scheduled for an official visit this weekend to OSU (one of his five allowed by NCAA rules), and amidst the hubbub of the home-opener and the buzz about town after seeing Chuba, Tylan and Sanders tear up Oregon State in Week 1, Cunningham’s presence looms arguably the largest as we enter the weekend. As such, OSU hoops hit him with a classic little subtweet to let him know they’re ready for him:

We wanted to tidy up the place a little just in case we had some important visitors this weekend … 👀#letswork I #gopokes pic.twitter.com/L7nEtzF0zo

No hyperbole: this could be the biggest recruiting weekend in OSU basketball history. Sure, in year’s past, they’ve hosted big-name recruits and even landed five-stars. But Cunningham, the No. 2 player in the 2020 recruiting class, is as big a fish as OSU has ever been in on.

Securing Cunningham’s commitment is a huge target for the obvious reason: he’s a program-shifting talent. But in the grand scheme, Cunningham is more than a one-man package. He holds the key to unlocking a potential all-time class, with Bryce Thompson and other blue-chip talents waiting to see where he’ll go and potentially following suit.

A win for the football team would be a big deal on Saturday, but the real win would be convincing Cunningham that OSU — alongside his older brother Cannen Cunningham, who was hired on staff earlier this summer — is the place he can use as a stepping stone to the NBA.