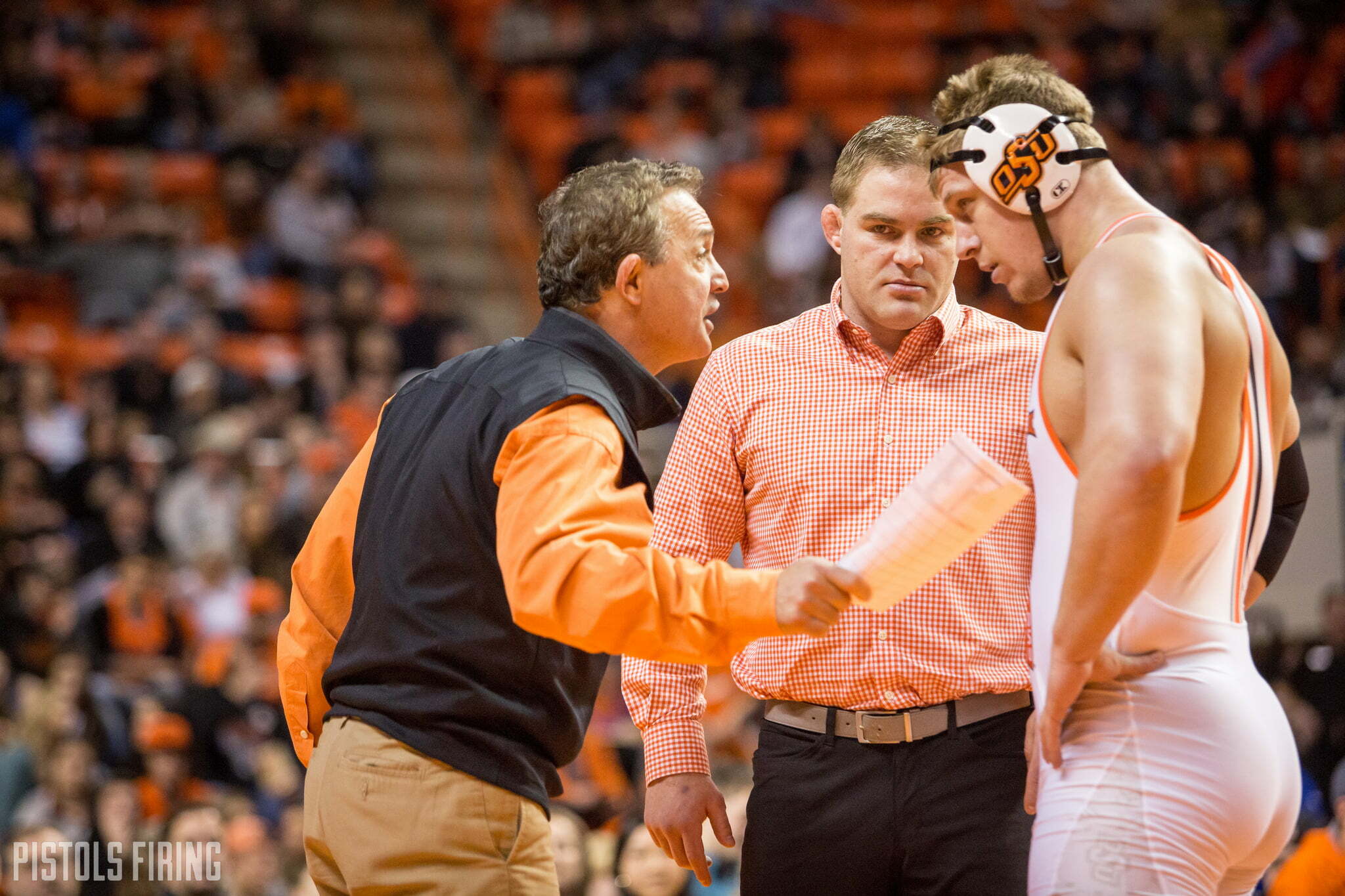 The Cowboys went on the road to wrestle fifth-ranked Missouri in front of a record crowd of 4,721 and picked up a massive dual win that came down to the last match.

This was a really fun back and forth dual that took fans on a bit of a roller coaster ride. It ultimately came down to heavyweight and ended up with the Cowboys coming out on top.

Here’s how it went down as well as a few notes from the event.

Match of the Night

Derek White over Zach Elam 3-1 in sudden victory. The entire dual came down to this one. Senior and second-ranked Derek White taking on star freshman Zach Elam. No scoring in the first then White got a quick escape in the second to go up 1-0. He nearly finished a takedown at the end of the second, but was unable to secure the two.

Elam got a quick escape in the third and that was it in regulation. In OT White got in deep on a shot and methodically finished to win the match and secure the dual win for OSU 19-15.

Nothing official has been put out on injuries with Kaden Gfeller, but I do think something is a little off there. They weighed in him and Dusty Hone both, which leads me to believe there was some concern. He also just didn’t seem to quite have the fire he usually has on Saturday. Hopefully it’s nothing major or lingering that will impact him going forward.

John Smith announced the other day that some guys are going down for the postseason. Jacobe and Joe Smith both weighed in a little light here. Joe lost in a match against a very good wrestler, and Jacobe looked pretty solid while being underweight and wrestling up at 184.

I like the weight change plan for the postseason and think it scores the most points for the team at the NCAA tournament. My concern in it all is how it impacts these final duals. OSU pulled this one out and will need both Smiths to wrestle well undersized vs. Iowa next week to win that one. Then from there they’ll have to wrestle it out to decide the lineup moving forward.

Oklahoma State's weigh in sheets for today. Joe Smith weighing in light. Jacobe clearly on his way to 174 as well. pic.twitter.com/7x7rXTeZBP

White on the big stage

I liked seeing Derek White put in a pressure situation like that and pulling off a win. I think it’s good for White to be in front of a big crowd and have a dual come down to him. He is a top level heavyweight that could win a NCAA title this year. With only really one full year as a starter prior to this season he hasn’t had a ton of tough situations like that thrust upon him. Even though you prefer it doesn’t come down to him, it’s a good thing for him to go through something like that.

Wyatt Sheets went down to Jarrett Jacques. He looked solid in the loss though, and I think can score points at the NCAA tournament. He’ll be wrestling at the Last Chance Open in Ames, Iowa tomorrow to boost his RPI and  help solidify his chance at an NCAA tournament bid in March