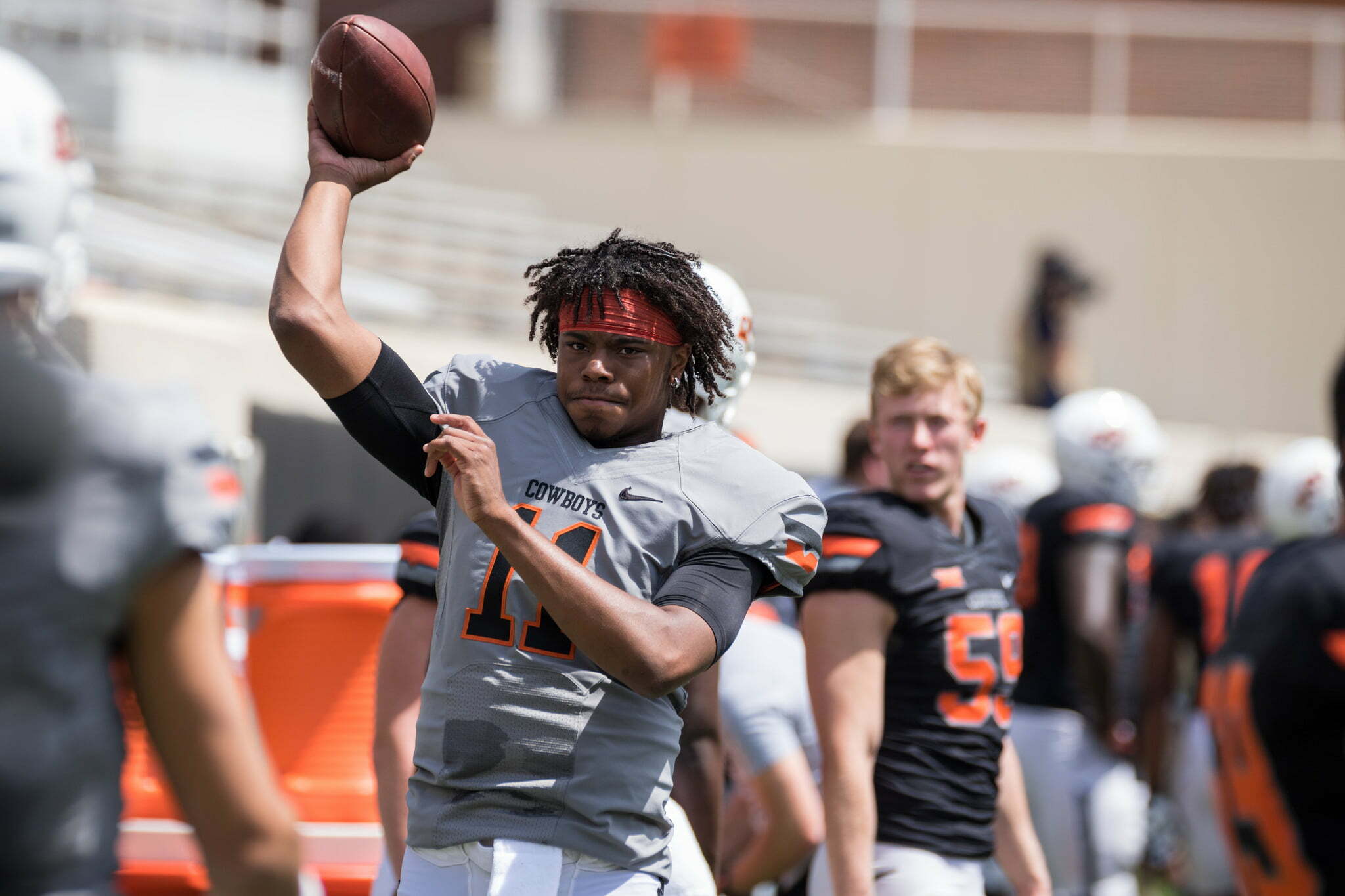 Over the next few weeks our writers will present to you five questions they personally have about Oklahoma State’s 2017 fall camp this year. There will probably be a bit of crossover, but we all have different aspects of this team that intrigue us so we’ll run the gamut as we hurtle toward the most anticipated lead-in to a college football season since 2011.

This is probably the No. 1 storyline going into fall camp. With Darius Curry and Ramon Richards out at CB, are Adrian Baker and A.J. Green the guys? Or does Rodarius Williams get himself in the mix? Does Lamarcus Morton get a little run? Does Jacob Lacey have any eligibility left?

Mike Gundy has been insistent on his confidence in the defense, but I’m fascinated to see what the depth chart at CB looks like come August 31.

2. How Much Buzz Does Patrick Macon Get?

I had one person who knows things recently tell me that Macon is “a badass,” and I believe it. You don’t total 130 tackles in any league if you don’t have at least a little badass to you. I asked Chad Whitener about Macon during Media Days last week, and he said he had a pretty steep learning curve in the spring. But I think he’s going to be a righteous addition to a group that already includes some studs (like Calvin Bundage).

I suspect Cornball will get the nod as Mason Rudolph’s go-to guy in 50-point blowouts, but Gundy talked up Wudtee at Media Days. He said he’s smart and even though he didn’t play as well as he would have liked in the spring game, that wasn’t 100 percent his fault. This one should be pretty tight for the first few weeks before we get separating at the end.

(hopefully none of it matters anyway).

This has sort of flown under the radar, and I suppose there is no reason to presume otherwise, but after an offseason shoulder surgery, I’d like to hear that No. 5 is ready to rock against TU. We may or may not get that info during fall camp, but I do know the question will be asked of Gundy.

This is more for my own sake than anything. We’ve been like Stevie Wonder with a Rubik’s Cube in trying to decipher the offensive line depth chart. We know the starters — Aaron Cochran, Marcus Keyes, Brad Lundblade, Larry Williams and Zach Crabtree — but who will emerge to fill out the rest of the chart?

Arlington Hambright could get playing time as a JUCO transfer, and there is a whole host of backups readying themselves to play in this fast-paced offense. This is not a point of dismay — there aren’t many of those — for OSU this fall, but I’m certainly intrigued to see how it shakes out.

(you know you’re setting yourself up for a good season if backup OL is one of your biggest questions going into August).