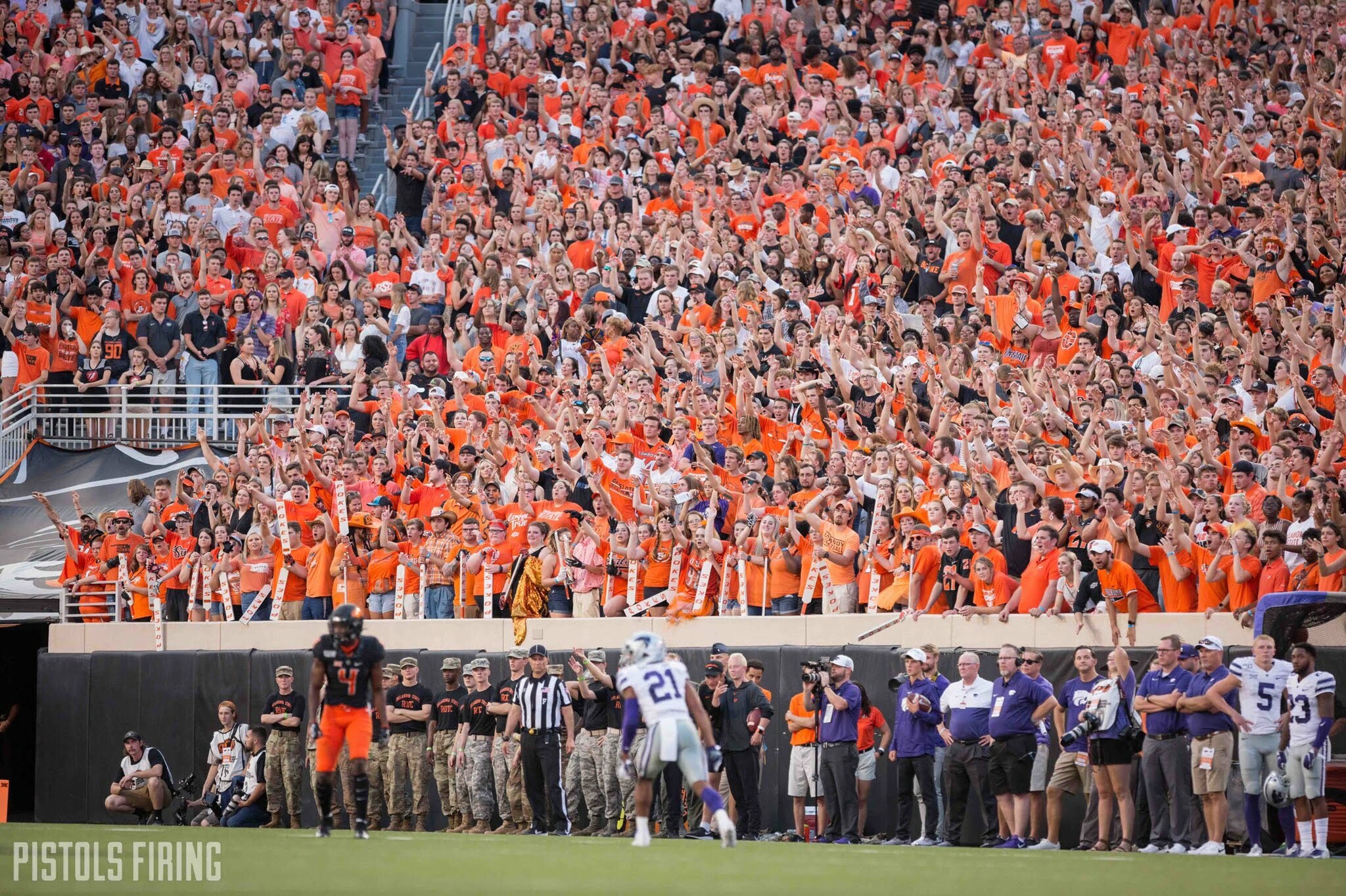 I emptied 2,200 words on my 10 thoughts, but that was just the warmup. Here’s the rest of my notebook following a bizarre game in Stillwater in which — for the first time! — OSU scored exactly 26 points in a game in the Gundy era.

• I don’t dislike ESPN+ in theory, but the production looks like when we go to OSU media day and shoot interviews with fans on a Galaxy 8. Probably worse actually.

• Us last week during Texas … 📢 THROW IT TO YOUR RECEIVERS OVER THE MIDDLE. OSU on the first play of this game: Seed to Tylan over the middle. 😒

• That BBO look with the chrome brand on the black helmet is maybe the best non-throwback home combo of the last five years. Elite. Look at this! 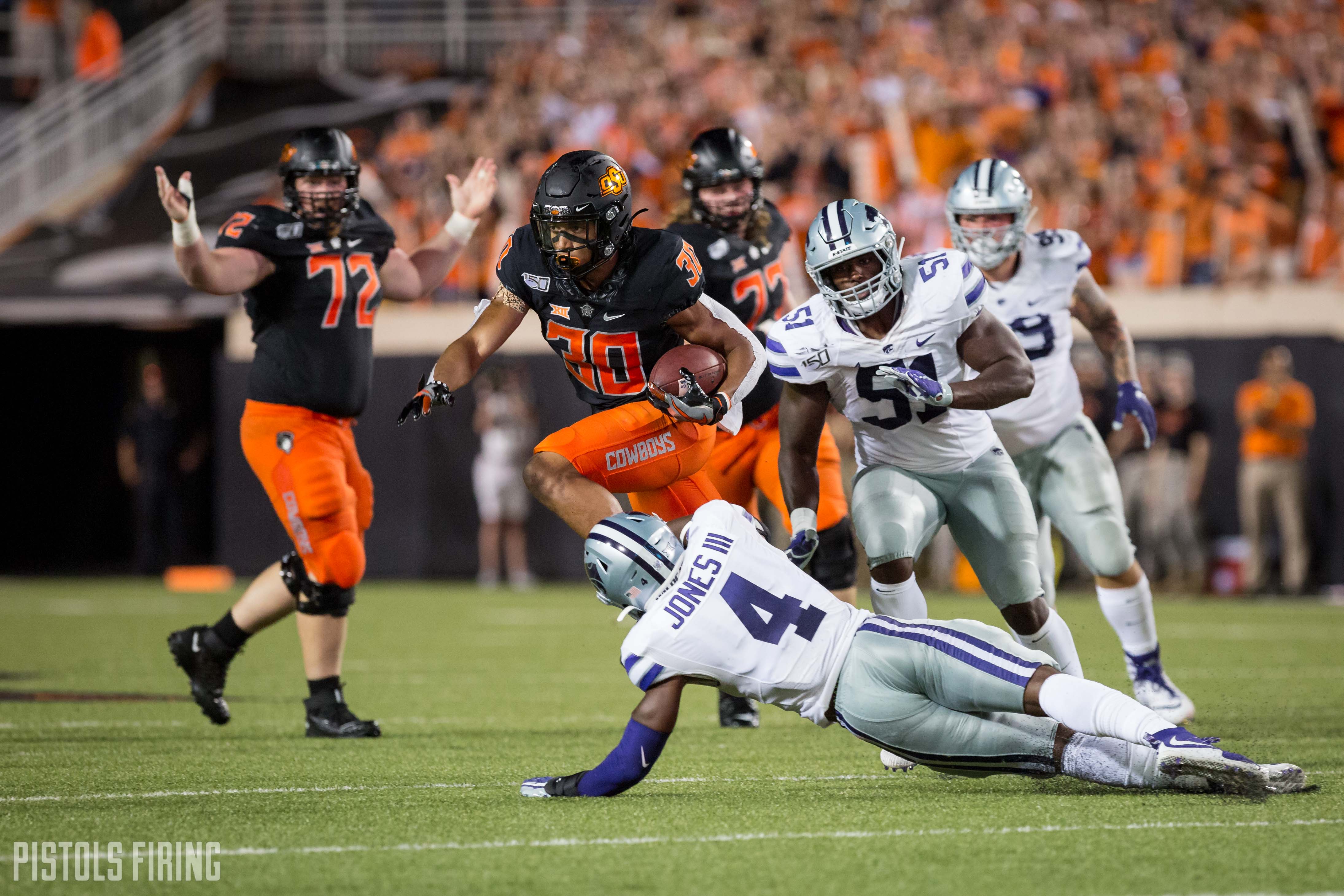 • Should OSU throw inside pitches to Jelani? Check one.

• Serious question: Do all B12 refs work out together? Do they share the same workout plan? Are there leg days? Does the B12 Conference provide steep discounts to national gyms? I have a lot of questions.

• “Team X can get a first down without scoring” is an announcer fave that announcers think is just a little bit cooler than it actually is.

• The camera angle on field goals would be better if they sent somebody on top of GIA with an iPhone 11. It looks like the weird camera angle they used to have in GIA where it seemed like they were shooting from literally in the catwalk. It’s atrocious!

• Can we talk about this throw? It’s filth. It’s a three-step side drop and just an absolute semi-sidearm seed. My knees!

• I’m glad Charlie Dickey is in Stillwater, but Chris Klieman looks like somebody who would hire an offensive line coach that looks exactly like Charlie Dickey.

• I love that Brock Martin doesn’t wear gloves. That’s perfect. Gundy must be in love with him.

• Announcer thinks Chuba and Spencer in a foot race would be “neck and neck” 😂.

• No idea if this is true because I don’t know what’s a called read and what’s a busted play or RPO, but Sanders seems to be getting noticeably better at reading a field quickly.

• This during the lightning delay was so good.

The old guys with radios are at the top of the information heirarchy here under the stadium. It's really a moment for them.

• The freshman Youngblood for K-State can go.

• Dudes only please (and hurry).

• I like the tribal warrior KT tape. Strong. Actually adds something to the uni game.

• Jarrick Bernard was awesome in this game. Maniacal. All over the field. I feel like we’ve talked a lot about KHP and A.J. + Rodarius (and obviously Trace Ford and Malcolm Rodriguez), but we haven’t mentioned Bernard as much.

• It was good to see Devin Harper back, too. Is the …. I shouldn’t say this, right? I really shouldn’t. But … uh … is this defense better without Bundage? Ewing Theory? Not enough games to tell? It’s at least in play!

• K-State’s punter is a beast! 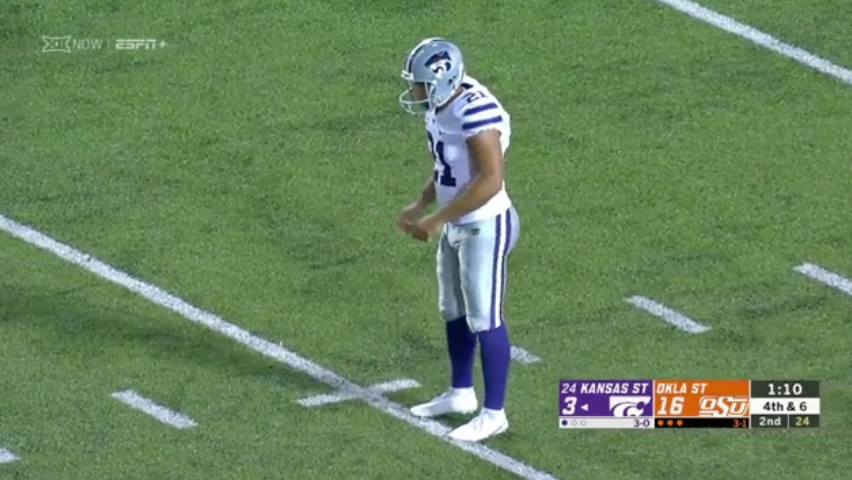 • What does Sanders have on his left ring finger? What’s going on there?

• Chuba Hubbard is the first Cowboy ever to rush for 200-plus yards three times in the first five games of a season. He is just the seventh player to accomplish the feat since 2000 and the first since LSU’s Leonard Fournette did so in 2015.

• One of Kansas State’s best plays in the second half was a busted run out of the Wildcat if that tells you anything.

• I love the fireworks off the top of BPS in the ESPN+ commercial (which I saw approximately 293 times on Saturday).

• If you would have given me 100-1 odds, I don’t think I would have bet $1 on OSU winning the time of possession battle like they did on Saturday.

• Me walking into church tomorrow …

• Chuba looking at himself on the jumbotron to take us out of here. Good night and happy weekend to you all. 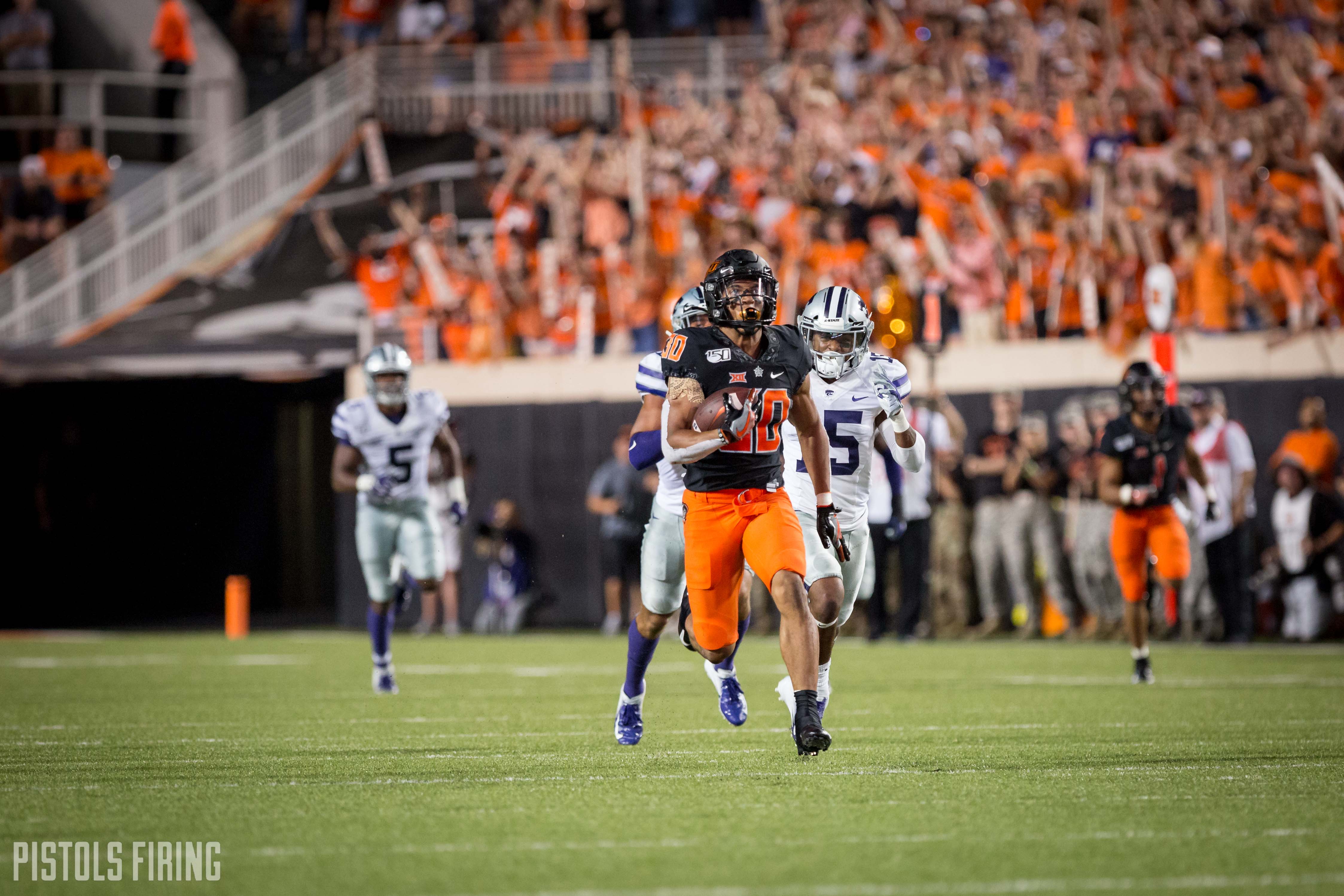