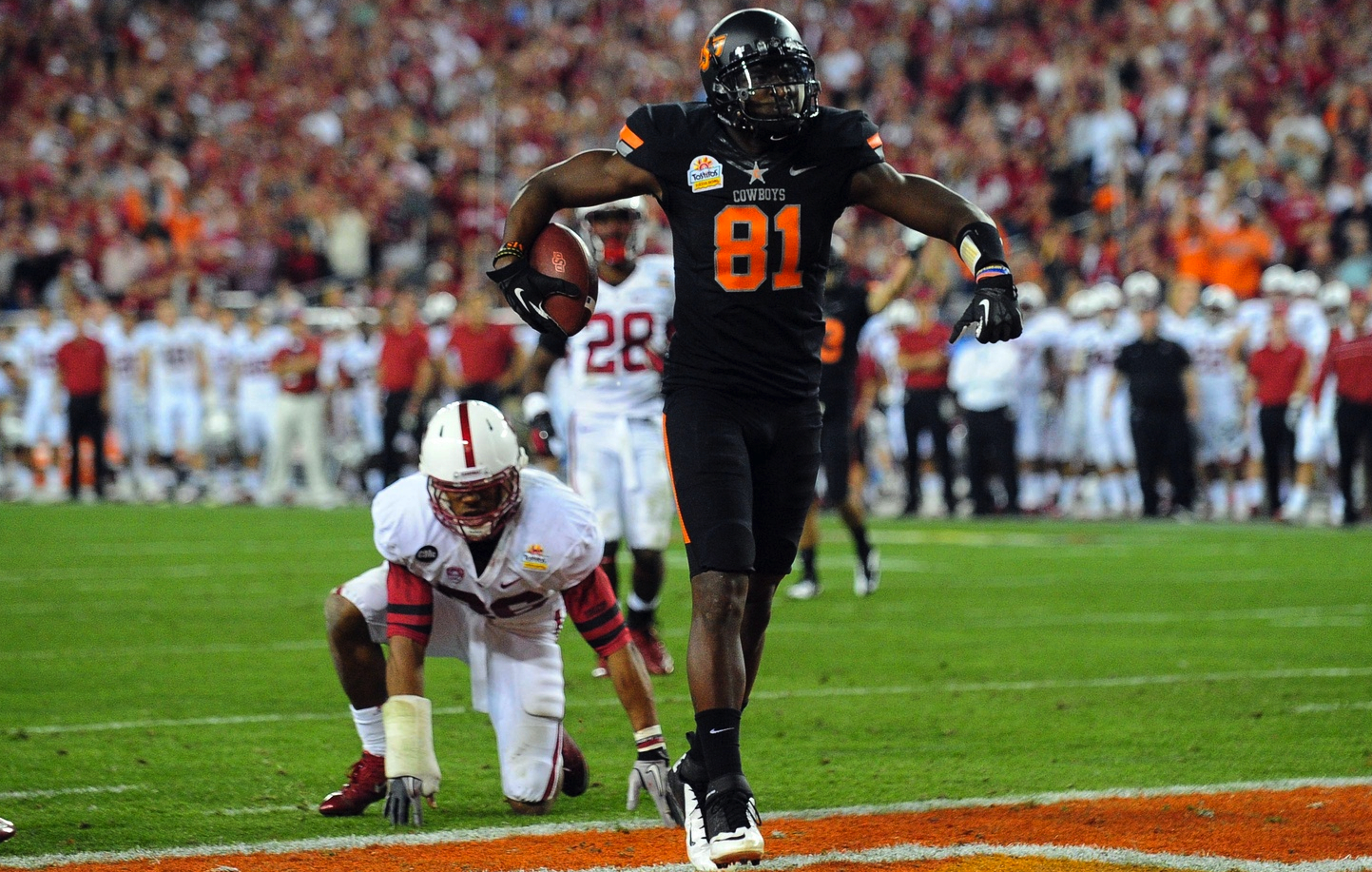 I think this is the part where I start getting crushed.

I think when OSU got the new uniforms everybody’s mind immediately went to what it would look like blacked out and when it finally happened it was like “ok, that’s cool but we kind of knew it would be cool,” it just didn’t pop as much as some of the other combos did for me. It didn’t make me say “whoa, that looks amazing.”

I know there’s a faction of folks who are all in on the blacks — I believe these are the same people who tried to hack IP addresses, take over Orange Power in 2009, and black out the Texas game for like six straight years, yes? And then there’s a faction that loathes anything that’s not ALL ORANGE ALL THE TIME IT SEEPS FROM MY VEINZ!

I’m kind of in between these, I guess. I like the all black look but I don’t sacrifice style for a murdered out put-the-fear-of-God-in-you “omg why is Jamie Blatnick running at me dressed like a ninja” look.

I do, however, vote that we keep wearing them in bowl games.