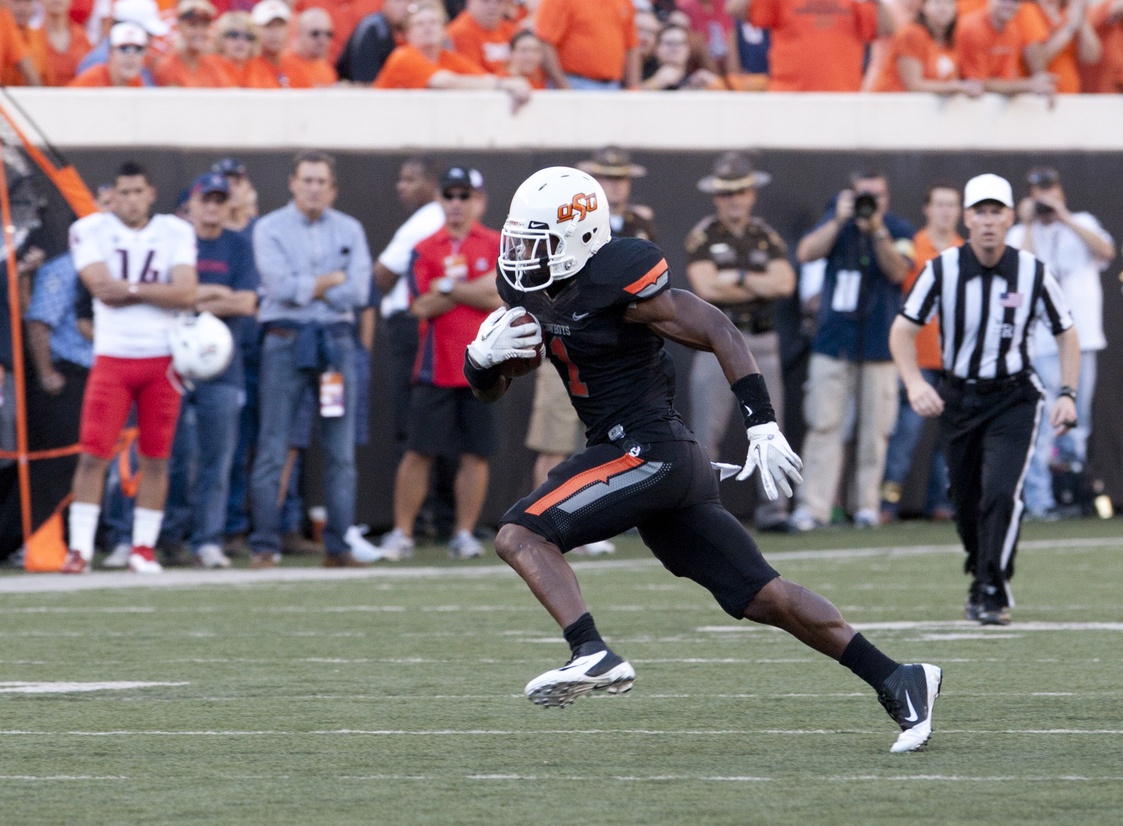 Our first look at the new black unis was this combo worn against Arizona on that Thursday night game in 2011 when Joe Randle lost his mind. The only thing that would have made this better would have been the white helmet with black “OSU.” Other than that, no complaints.

I know there were probably multiple 30+ year season ticket holders who had to be rushed to Stillwater Medical Center when they realized we weren’t rocking the oranges at home but I thought they looked fantastic — Thursday night was a perfect night to break them out as well.

Also, the white shoes and white gloves make this one pop really well. Great stuff all the way around.

Should be noted that Arizona’s threads in this game made it the uniform matchup of the year.