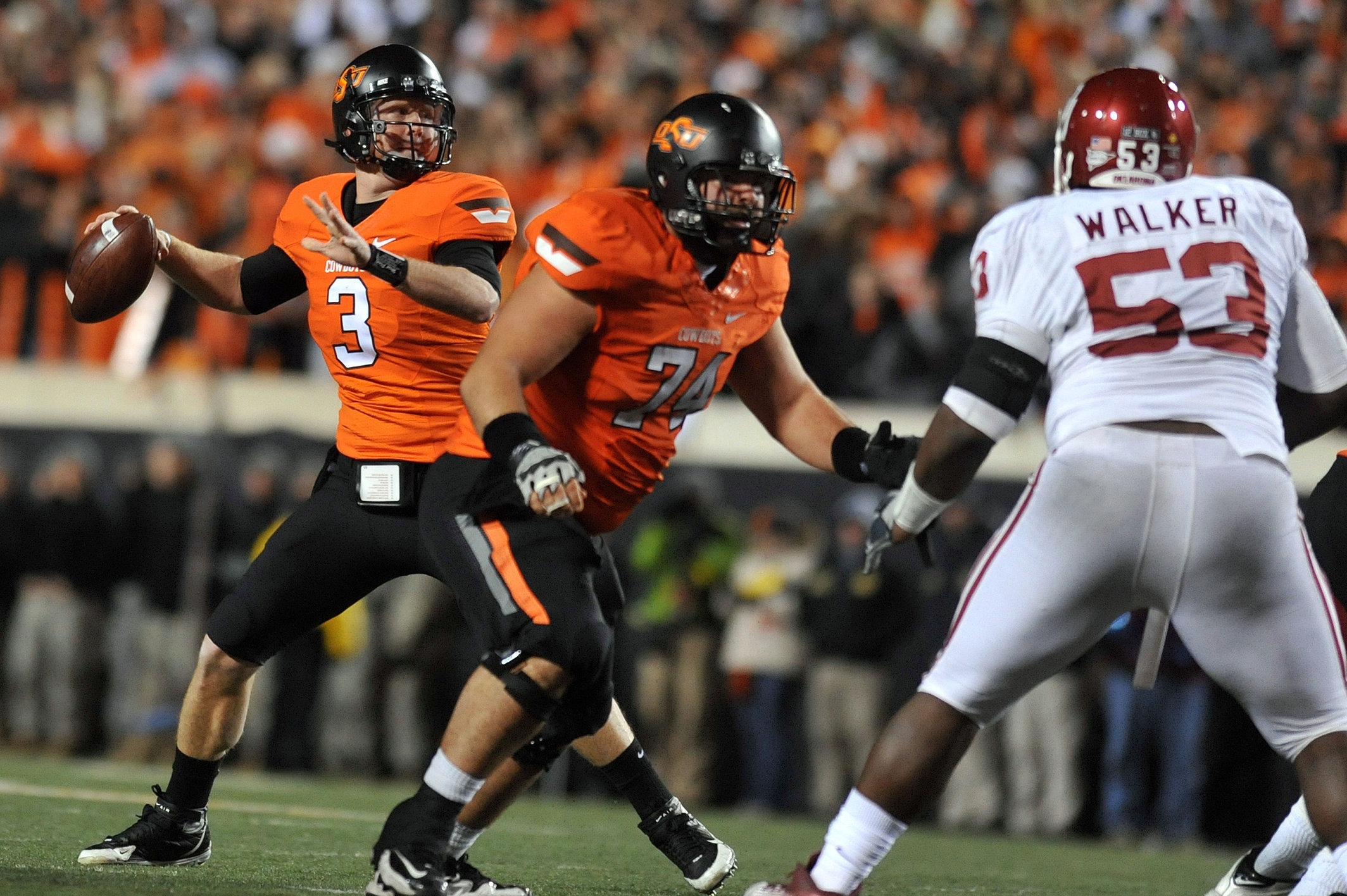 I’m extremely partial to these because they worn on (probably) the greatest night in Boone Pickens Stadium history but for my money they’re our best home look (that’s right, the top three are all road unis).

I think these and the black-black-orange ones are pretty interchangeable. If you want to rank those ahead of these I have no issue with that, I’m just personally tied to these because of that cold night in December 2011.[1. Can you imagine (spoiler alert: I’m about to shatter some hearts) if that had been to go to the title game. Whoever owns Murphy’s (J.R., I presume?) would have had to exercise all of his insurance contacts because that place would have burned.]

I also feel like these are the most “this is who we are” uniforms OSU wears. There are others I like better (obviously, since these are No. 4) and that I think are more aesthetically stimulating but none more grounded in the identity of this school than these babies.

And they’ll forever be linked to this.

On to the roadies…