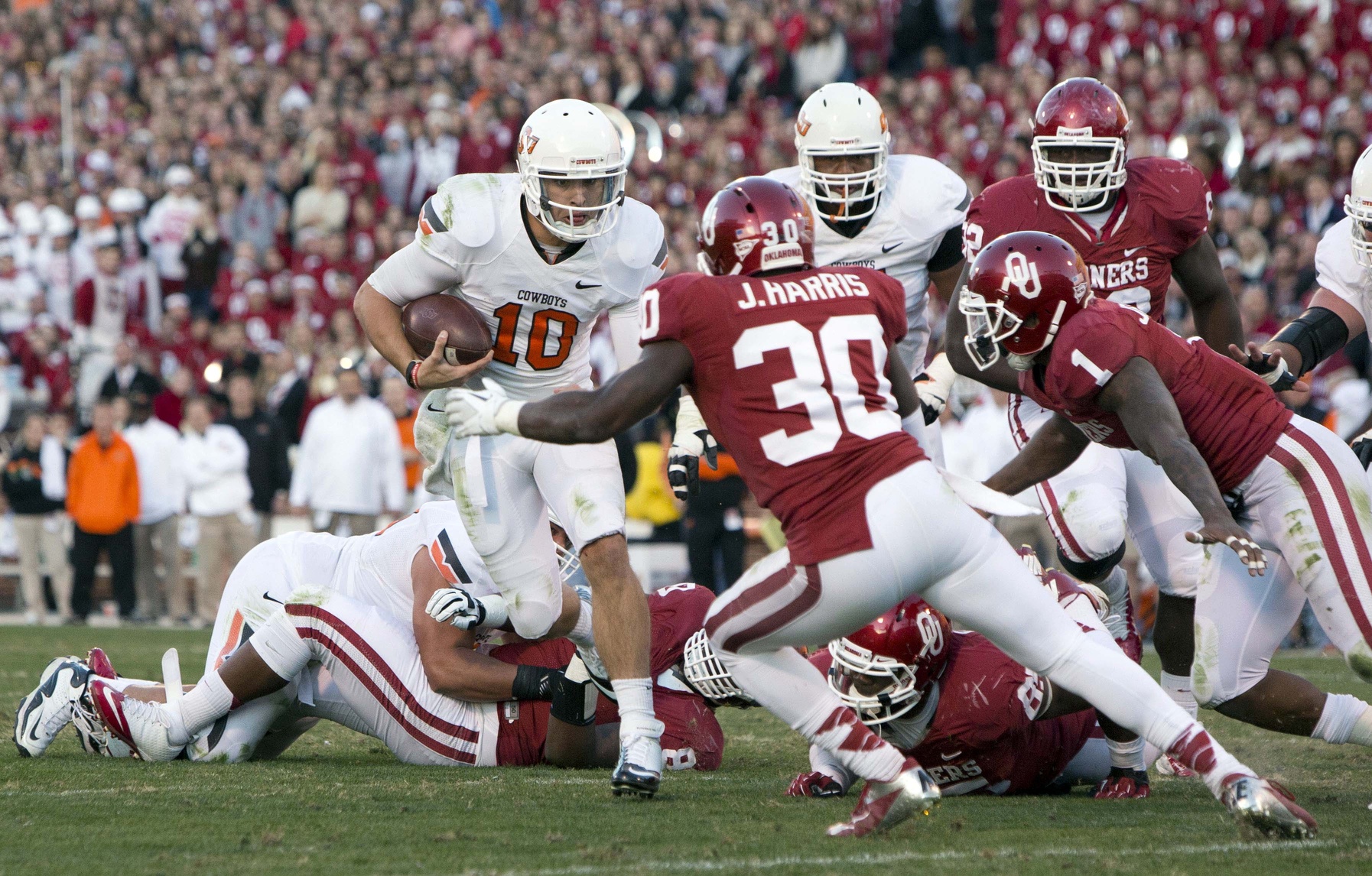 I believe my passion for all-white uniforms is pretty well-documented.[1. LOL if you don’t think this is awesome.] So I was pretty stoked when OSU decided to bust out the clean all-whites for Bedlam last year and wasn’t disappointed with how they turned out.[1. Somehow I forgot they wore these at Mizzou in 2011 (see Carson’s pic in the comments). They looked great (maybe better?) there as well.]

Maybe it was the contrast with OU’s crisp crimsons or maybe it was the fresh turf turning half the unis green but I thought it was one of OSU’s best looks of the last two years.

Confession: I did have these higher when I originally made the list but when I actually went back and looked at the uniforms in action (vs. the static, player-less photos that are on okstate.com) I thought there were a few others that popped better than these.

My only complaint (and it’s minor): OSU’s helmet isn’t really that white. I mean it’s white enough that you can’t tell the difference but if you took one to the Lowe’s paint department and said “what is this color” the answer would not be “white.” It would be more like “cream” or “muted beige” or something ridiculous like that.

Should (obviously) be noted that the long white socks (as seen here from Stewart) take this to the next level.