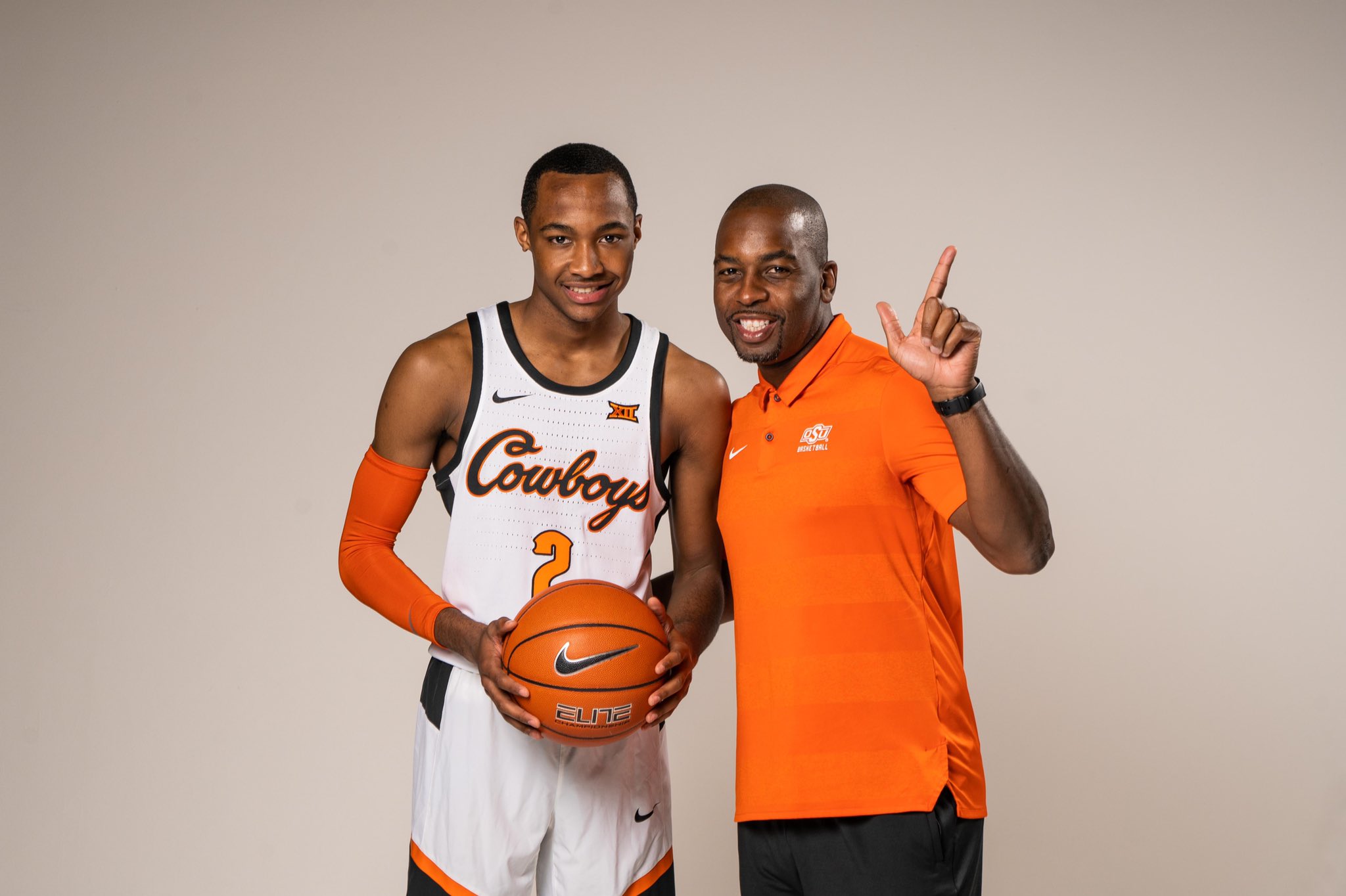 The transfer portal is overflowing, and Mike Boynton has feelers out to all corners of the country.

Oklahoma State doesn’t have a commitment in the 2021 cycle, but that looks as if it will change sometime within the next few weeks. Here is a list of guys that OSU has reportedly been in contact with. We’ve written about most of these guys, but it is good to get it all centralized. The portal also isn’t slowing down, so next week this could be totally different.

Transfers with a Shortlist

Jalen Cone, G, Virginia Tech: Cone recently cut his list down to seven: OSU, Indiana, Iowa State, Penn State, Nebraska, Buffalo and Northern Arizona. Cone would be an immediate upgrade to the Cowboys’ 3-point shooting, as he is a career 41% shooter. He has hit 101 3s in 47 games as a Hokie.

Damari Monsanto, G, ETSU: Monsanto announced his top six schools Sunday: OSU, Arkansas, Virginia, Iowa State, Butler and Wake Forest. From the outside, Wake Forest seems to be the favorite, as Steve Forbes, the coach who recruited Monsanto to East Tennessee State, is now coaching the Demon Deacons. Monsanto is a big-bodied guard at 6-foot-6, 215 pounds. As a redshirt freshman this past season, he averaged 11.8 points and 7.3 rebounds a game en route to being named the Southern Conference’s Freshman of the Year.

Jayden Gardner, F, East Carolina: Gardner doesn’t nessesarily have a short list, but he will take a virtual visit with Oklahoma State on Monday, according to Stockrisers’ Jake Weingarten. Gardner has also virtually visited with (or plans to visit with) LSU, Pitt, Rutgers and Arkansas. Gardner is a bucket getter, having averaged 18 points a game in three years with the Pirates. He has also averaged 8.7 boards a game during that span.

Xavier Cork, F, Western Carolina: A recent addition to the list of people OSU has reached out to, Cork is focusing on 10 schools: OSU, Texas A&M, Virginia Tech, TCU, SMU, Boston College, Colorado State, North Texas, Abilene Christian and UCF, according to 247Sports’ Brandon Jenkins. Cork is from Sulphur Springs, northeast of Dallas. As a sophomore this past season, he averaged 12.7 points and 4.3 boards a game. He is listed at 6-9, 235 pounds.

Kadary Richmond, G, Syracuse: Many Syracuse faithful weren’t happy with Richmond’s lack of playing time in his freshman season. He played in 28 games this past season where he averaged 6.3 points, 2.6 rebounds, 3.1 assists and 1.6 steals a game. He has drawn a lot of comparisons to Isaac Likekele. Richmond is from Mike Boynton’s home borough of Brooklyn, so there is some common ground there. Tipton Edits recently reported that OSU, Florida State and Seton Hall were the three favorites to land Richmond’s services.

Jawaun Daniels, G, Prairie View A&M: When Daniels hit the portal a few weeks ago, OSU was in the initial batch that had reportedly reached out to him, but there hasn’t been much noise on that front since. Another New Yorker, Daniels averaged 15.2 points and 6.1 rebounds a game this past season in the SWAC. He also hit 43% of his 3s this past season. He is a long guard at 6-7, 190 pounds, the type Boynton often likes to recruit.

Cam’Ron Fletcher, G, Kentucky: Fletcher is probably a bit of a long shot at this point, but, according to multiple reports, OSU did reach out to Fletcher in the middle of last month. He was a blue-chip prospect in the 2020 class, ranked 70th nationally. Boynton recruited Fletcher in high school, so there is a preexisting relationship there. Fletcher played in just nine games for the struggle bus that was Kentucky basketball in 2020-21. He averaged 1.7 points and 1.7 rebounds a game.

Bayron Matos, C, New Mexico: Matos, a 6-9, 215-pound center, self-reported 14 schools that have reached out to him since he hit the portal. Among that group were OSU, Illinois, Texas Tech and Missouri. He averaged six points and 4.1 rebounds a game last season for the Lobos. He started 15 games as a redshirt freshman.

Tamar Bates, G: Tamar Bates recently decommitted from Texas with Shaka Smart’s departure. A 6-4 shooting guard, Bates is the No. 56 player in the 2021 class, and unlike a lot of people OSU is after, Bates has been on OSU’s campus. Bates visited Stillwater in 2019 and announced an OSU offer in January of 2020. Originally from Kansas City, Bates played at IMG Academy in Florida this past season.

Jonas Aidoo, C: Aidoo decommitted from Marquette at the end of March and has since announced offers from OSU, West Virginia and Texas A&M. He is listed at 7-foot, 215 pounds and is the No. 60 prospect in the 2021 class, making him one of the highest-rated available incoming freshmen.

Tyty Washington, G: A similar story to Aidoo, Washington recently decommitted from Creighton and picked up an OSU offer. Since his decommitment, Washington has also announced offers from Arizona, Pitt, UCLA, Texas Tech, Oregon, Texas A&M, Kansas, Dayton and Portland. Washington is the No. 30 prospect in the class and the class’ No. 3 point guard.