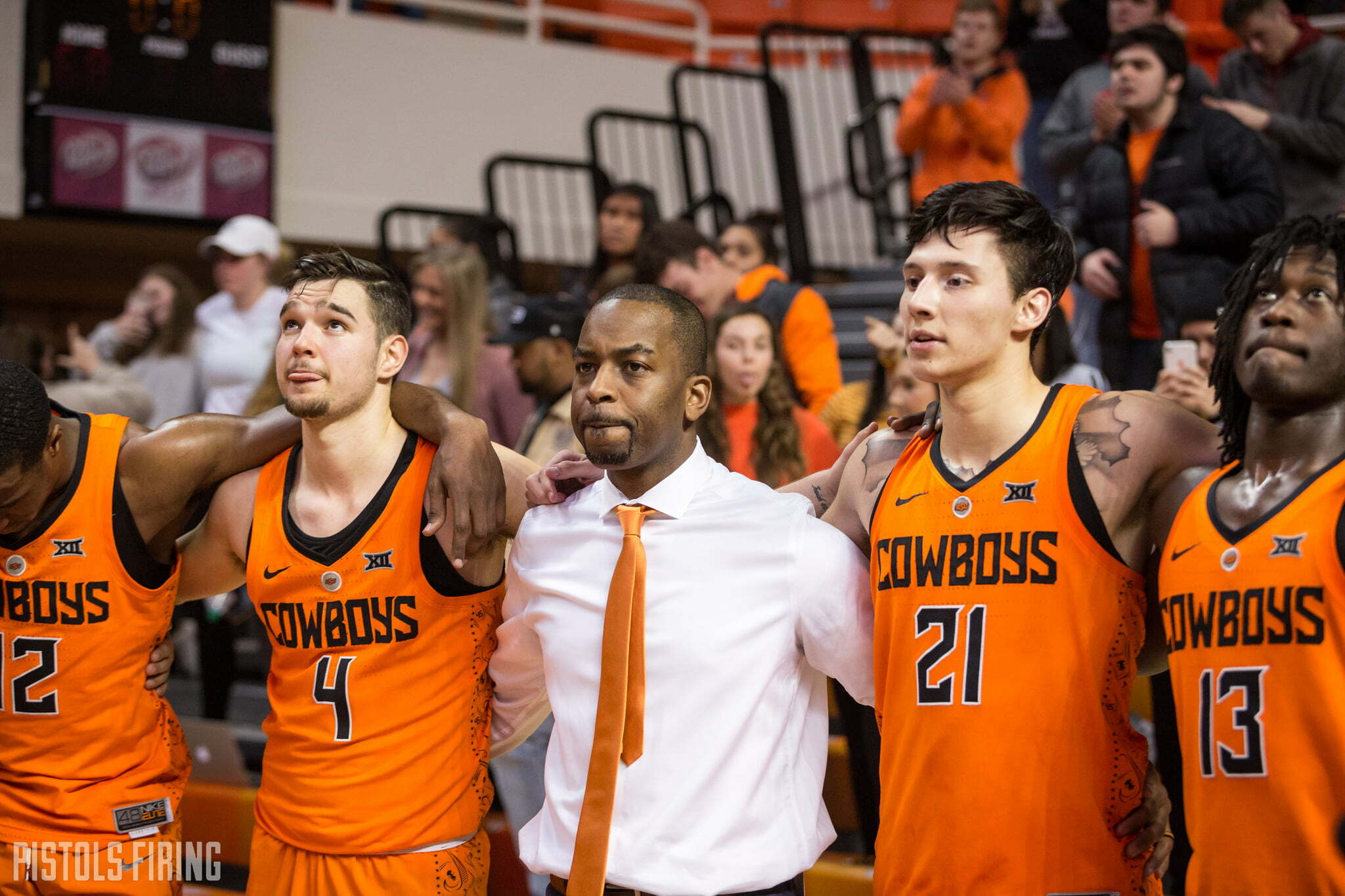 It’s crazy to think that a team that had no seniors at the end of the season has the option to bring in six players, but such is the case when that team finished the year with only seven scholarship guys.

At the end of last season, Oklahoma State coach Mike Boynton had more spots than anticipated to fill after Tavarius Shine and Yankuba Sima pursued professional basketball and Brandon Averette and Lucas N’Guessan transferred. That doesn’t look to be an issue this season, but the Cowboys do have two scholarships open.

The NCAA allows Division-I basketball teams 13 scholarships. OSU finished the 2018-19 season using eight. That includes former walk-on Trey Reeves, whose scholarship this season was a one-year thing. As far as walk-ons are concerned, Boynton said he didn’t yet know what would happen to the handful of players gained through the open tryout.

Here’s a list of where OSU’s 2019-20 scholarships are allocated so far.

There is an obvious void of juniors, somewhat representing the coaching transition between Travis Ford and Brad Underwood. Whether it’s a big enough deal for Boynton to want to put a body into that class with a transfer is to be determined. Here is a look at those 11 players by position:

That’s beautifully even. An area to potentially fill is a young shooting guard, as Thomas Dziagwa and Curtis Jones will be gone after next season. With that said basketball is becoming a somewhat positionless game. As long as you have a few big men and a few ball handlers, everything between that will probably be alright. And it’s not like those players can only play those positions. Isaac Likekele could easily play shooting guard with Avery Anderson at the point.

OSU does have a few offers out on shooting guards. The most recent of which is former Texas A&M signee Chris Harris. Harris is the 13th-ranked uncomitted recruit of the 2019 class, per 247. Another is Sinclair Community College freshman Sean McNeil, but on Wednesday announced the a final six that didn’t include OSU.

On Feb. 11, Tajzmel Sherman, a sophomore at Collin College in Texas, tweeted out he received a scholarship offer from OSU. Sherman scored about 26 points a game this season at the junior college level.

Stepping away from shooting guards, OSU has an offer out on Daytona State College sophomore Doudou Gueye. Gueye, a 6-9 power forward, averaged 11 points and seven rebounds a game this season. As this season ends, there will also be guys hitting the transfer market if that’s a route Boynton plans to go down.

Regardless of what happens with the remaining spots, with the class Boynton has coming in and no sign of the returning players leaving, the Cowboys are in a much better spot this year than they were at the end of last season.