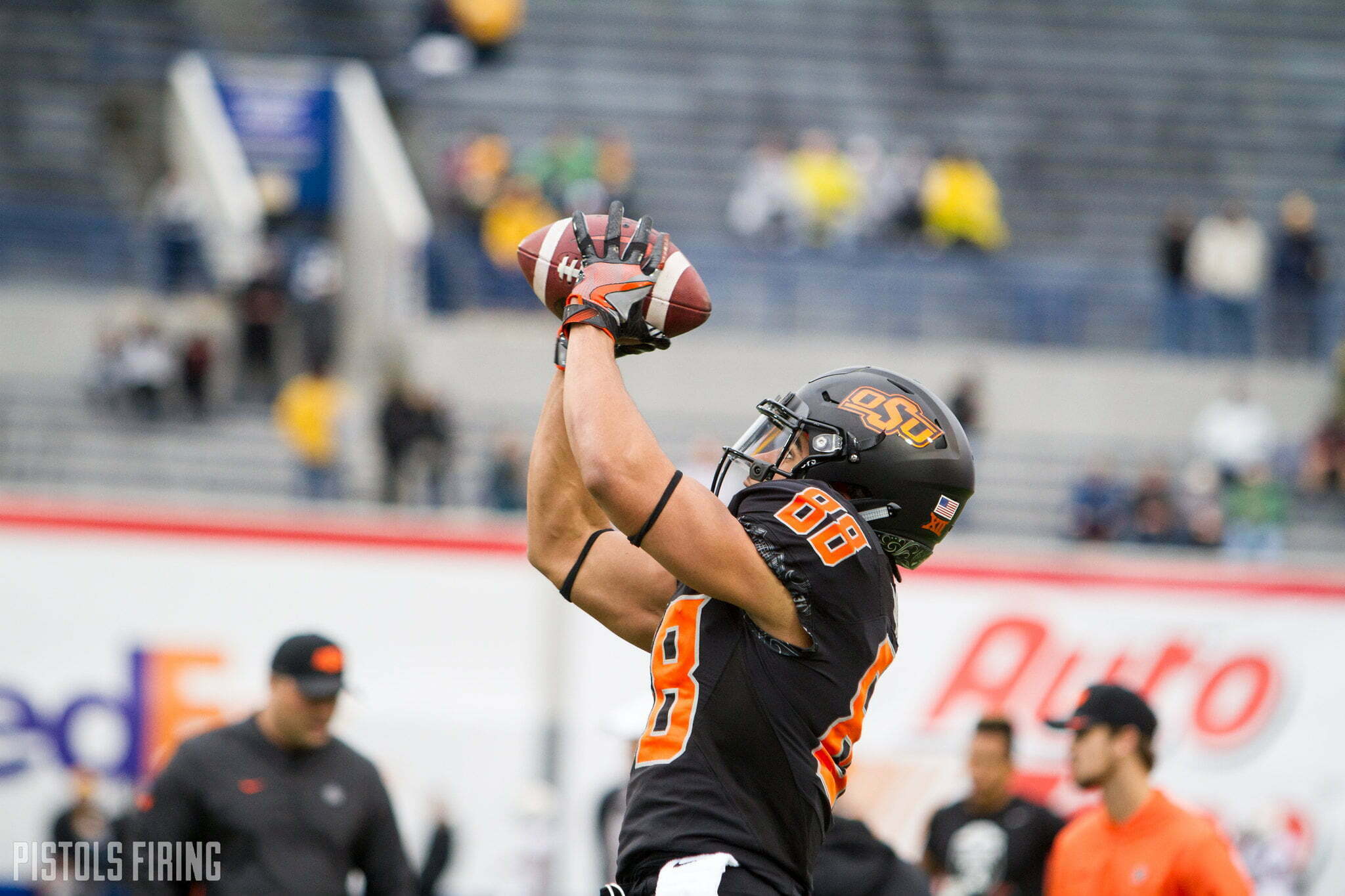 Whoever wins the starting quarterback job at Oklahoma State is going to get a lot of reps this season.

But maybe not all of them.

Because of Sean Gleeson’s two-quarterback system he’s used in the past, it’s possible whoever enters the season as QB2 will wind up being a sneaky contributor in 2019.

So who else might fit into that same category of a player capable of making contributions but potentially being overlooked? Let’s take a look at some candidates who could fit the profile as sleeper X-factors to keep an eye on headed into the summer.

I already blew my cover in the lede, but I’m kind of buying into the idea that the *loser* of the quarterback competition won’t be completely out of the mix. Gleeson is an out-of-the-box thinker who likes switching it up, which has led to him playing two quarterbacks not only during games, but also at the same time. So if Spencer Sanders wins the gig, I expect Dru Brown to still see the field. And vice-versa.

Wolf isn’t the flashy candidate primed to have a big year at receiver. People love to get googly-eyed over C.J. Moore and Tylan Wallace. But Wolf’s a savvy veteran who had a huge second half of the season, and he’s in line to potentially soak up starting reps on the inside.

Similar to Wolf, Jackson isn’t perhaps the most sleek pick here — that honor belongs to Chuba Hubbard or even incoming frosh Deondrick Glass — but he’s a safe bet. At 6-foot, 203 pounds, he’s got experience after two seasons at Hutchison Community College and his frame is ready to withstand blows immediately in the Big 12.

Switching from corner to safety was a surprising decision on its face, but McCalister’s thick frame and cover skills make this one of the more intriguing position switches that has taken place recently. Even with Malcolm Rodriguez, Kolby Peel, Kanion Williams, Sean Flanagan, Jarrick Bernard and Tre Sterling returning, I think McCalister could find a role with his instincts in coverage.

Buzz has been generated this spring from Bixby product Bryce Bray, who could be in line to take over OSU’s starting left tackle spot. He’s a walking pancake-maker. I’ve not been this excited about watching an offensive lineman since Russell Okung. I’m optimistic the hype is real; it doesn’t feel overblown after watching his high school tape on loop.

Between the tackles, outside the tackles, it makes no difference. Israel Antwine is going to be a factor this season despite this being his first on campus. He played a lot of snaps last season at Colorado, and his versatility as a pass-rusher and run-stuffer is going to be huge.