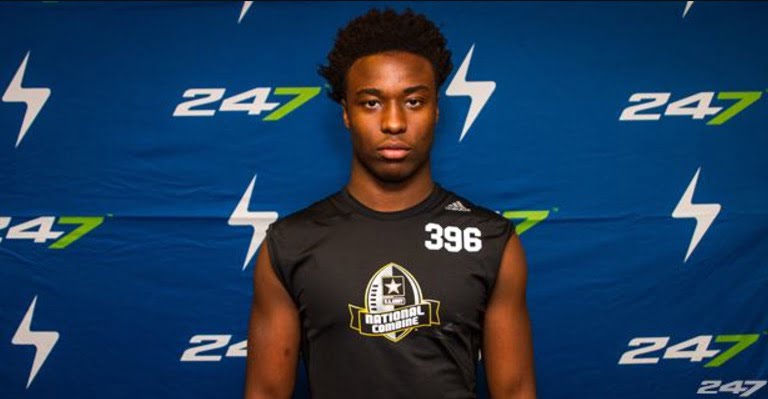 For a position that typically starts two players, Oklahoma State has earned the commitments of seven high school safeties between the 2017 and 2018 recruiting classes.

That’s tied for tops in the Big 12 but more important, that’s tied for the most over a two-year stretch in OSU football history and there are still more than seven months until the 2018 National Signing Day.

Dan Hammerschmidt, OSU safeties coach, was hired in January 2015, about a month before NSD that year. He assumed the role of now-cornerbacks coach Tim Duffie. Hammer didn’t sign any safeties in that month before NSD.

Signing technically five trained safeties can be seen as stat-padding, but if past classes are indication, not all five will finish at OSU at the position. In the 2013 class, now-corner Darius Curry was listed as a safety. In 2014, Ramon Richards was signed as a corner-quarterback athlete but will start at safety this season.

And the 2015 class is probably the most indicative of the trend of stashing athletes to play elsewhere on the field. Jordan Burton, Kenneth Edison-McGruder Kevin Henry and Bryce Balous were all signed as safeties but all will or did play at another position: Burton, KEM and Henry to linebacker and Balous to corner.

For the most part, a higher number of athletic defensive players has proven to work.

Curry has played sparingly in his career but might start in a weak cornerback duo that could (and I can’t believe I’m writing this) include Balous by the end of the season. Richards, as wild as he can be at times, has been one of the most valuable pieces in the Cowboy defense in the past few years. He started as a freshman four games into the season, came in as the nickel corner as a sophomore and was fourth on the team in tackles as a junior.

Burton’s move to star linebacker was just about seamless with 106 tackles in two seasons as a JUCO transfer. Edison-McGruder could start at linebacker after two years of productivity at safety. And Henry is definitely one to keep an eye on after this season as a possible starter at linebacker.

It’s fair to say safety is the position where OSU is hiding those tweener players who either aren’t fast enough yet to play corner or aren’t strong enough yet to drop into the box, but it’s unfair to say coach Mike Gundy, Hammerschmidt and defensive coordinator Glenn Spencer are recruiting those kinds of players without standard and hoping one hits. This seems to be a trending strategy … one that’s working.

And with that in mind, here is an examination of the players coming in as freshmen this season (we’ll look at the ones coming for 2018 tomorrow).

Mwaniki’s measurables put him exactly alongside Richards at 5-foot-11, 185 pounds, but there is about 10 percent more edge to Mwaniki.

In watching his tape, the first thing that jumps off the screen is his athleticism. He played safety, receiver, returned punts and hopped in as the wildcat quarterback at Denton Guyer. He was that dude and had the motor to match.

Mwaniki often dropped down to play more of a nickel corner role when the defense was spread thin, and he fared well. He is the type of player, given his versatility and athleticism, who could flow throughout the secondary and not miss a beat.

“He’s one of those all-time kids,” Hammerschmidt said, according to his NSD page.

The longest safety signed in the 2017 class, McCune definitely fits into that tweener category.

Listed at 6-2, 200, he played running back, receiver, safety and corner at Dallas Christian School, which is a kindergarten through 12-grade school of about 750. That’s about 60 a grade.

McCune was the No. 12 corner in the nation, according to Scout, and the No. 82 safety, per 24/7. In his tape, he is typically at corner but seems just as sound if not better in the back end. He told PFB he intends to play safety, but he could easily make a change.

This dude is a winner.

Rodriguez played football, baseball and wrestled at Wagoner. As a quarterback and safety, he won three straight state titles, including back-to-back undefeated seasons to finish his career. He also added a state championship wrestling title.

“Obviously, you can’t turn down a kid that has won a bunch a state titles in multiple sports,” Hammerschmidt said. “He’s exciting, he’s impressive and he’s a great kid. He looks you in the eyes. I won’t be surprised if he’s governor someday.”

The problem where to imagine him on the field at Boone Pickens Stadium. The winning and character is great, but at 6-foot, 200 pounds who knows where he’ll end up. He’s listed as a safety coming in, but he seems like he’ll be one of those guys Gundy grooms on special teams before graduation to the big leagues.

Sterling looks like the kind of player who could easily add 30 pounds of muscle and drop into the box. He also looks as if he could lean up and be good in coverage. He is listed at 6-1, 205, and his tape is indicative of a player who could sprout in any direction he wants to, quickly.

There are 11 players on the opposing side of the field at any given time.

We will take a look at the 2018 commits tomorrow.