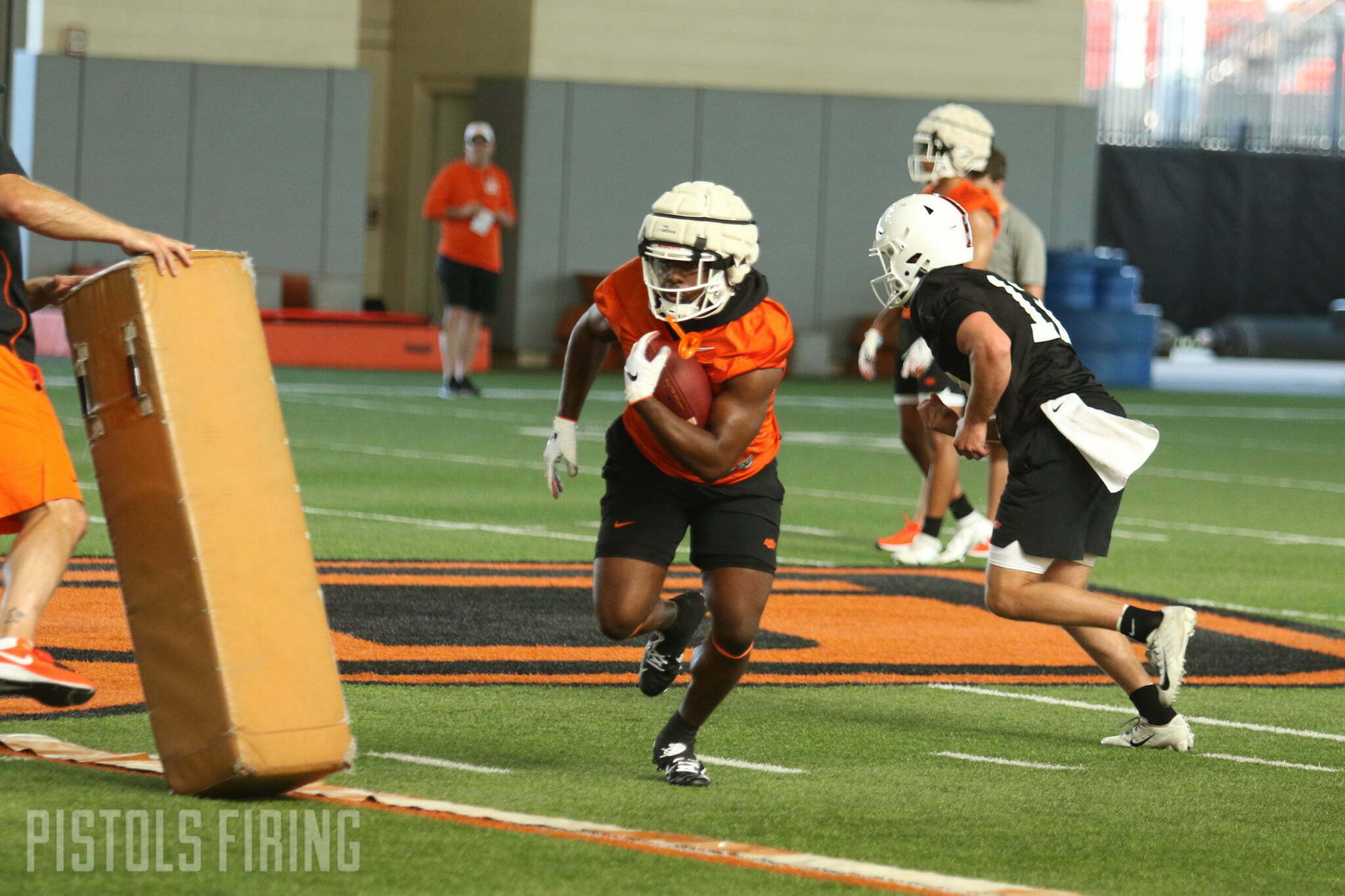 STILLWATER — It sounds as if the Cowboys aren’t quite sure when they’ll get a depth piece at running back on the field.

Deondre Jackson, a transfer from Texas A&M, missed Oklahoma State’s 58-44 season-opening win against Central Michigan last week after tweeting he is dealing with “transcript issues.” On Monday, OSU coach Mike Gundy said Jackson has done his part, but now it’s about waiting on the NCAA.

“It’s difficult to communicate when you’re working with the NCAA. You might get some information from them, then you might not hear from them for two weeks. So, we knew that he had some things to get taken care of, but we didn’t really know for sure, nor how long it would take. He’s done all of his part, let’s put it that way. Now, we’re just waiting on the clarification. It shouldn’t be much further away, I wouldn’t think.”

OSU basketball fans know how long dealing with the NCAA could take. After the FBI’s probe into college basketball back in 2017, the Cowboys served a postseason ban in 2022. Jackson’s case shouldn’t have the complexity of that to take quite that long.

Listed at 5-foot-11, 215 pounds, Jackson is listed as one of three backups to Dominic Richardson on the Cowboys’ two-deep. A redshirt sophomore, Jackson had offers from Alabama, Florida, Ohio State and others before initially committing to the Aggies. In two seasons in College Station, Jackson had three carries for 13 yards.

“They gave me about what I thought they were gonna give me,” Gundy said of the backs from Thursday. “I mean, Ollie didn’t get a lot of time, made a play now and then. I thought Jaden gave us about what we thought he would give us in his career. And then, you know, [Richardson] runs hard. We didn’t run block very well.”