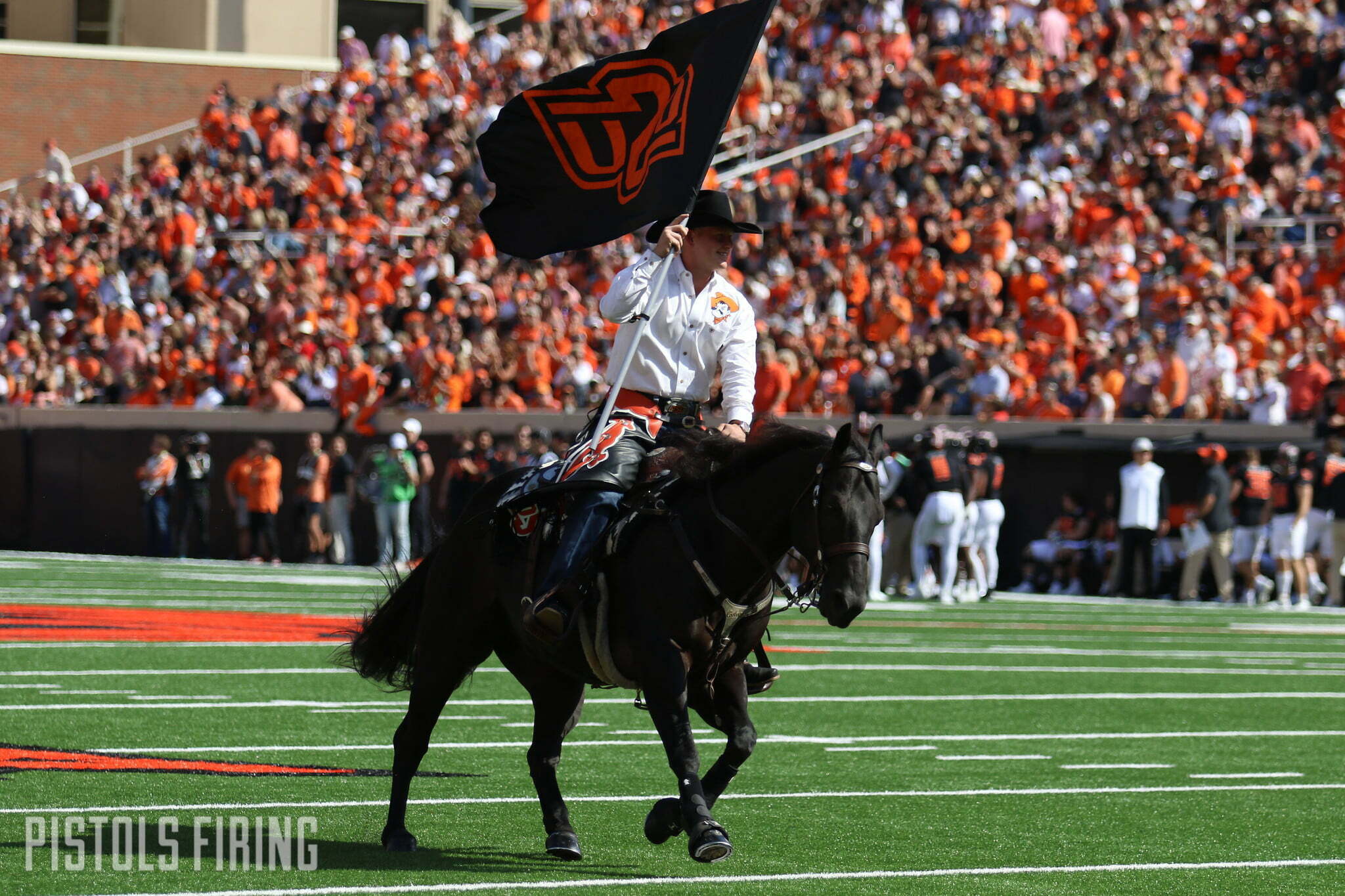 A tale as old as time, Texas is in late trying to swipe an Oklahoma State pledge.

Jelani McDonald, the Cowboys’ highest-rated 2023 commitment, announced an offer from Texas on Tuesday. Out of Waco Connally High School, McDonald is a four-star prospect, ranked as the No. 202 player in his cycle. He is listed as an athlete but committed to OSU as a defensive back this summer.

McDonald has had a roaring start to his senior year despite battling through an early season injury. Playing as Connally’s quarterback, McDonald has ran for six touchdowns and thrown five while rushing for 10.8 yards per carry. He also has five tackles for loss, three sacks and an interception.

OSU was in on him early, offering in March. When OSU offered, McDonald wasn’t even ranked before blossoming into a four-star recruit. Since his commitment, McDonald has announced offers from Ole Miss and now Texas.

This doesn’t mean that McDonald is as good as gone. There is precedent of Cowboys turning down the Longhorns’ late advances — Tyler Lacy being a big example on OSU’s current team. Ollie Gordon also received a late Texas offer last year before still signing with the Pokes.

But there are also times this has gone the other way. In June, Billy Walton, a three-star edge rusher in the 2023 class, flipped his commitment from OSU to Texas, and OSU once had Kelvin Banks committed before Banks grew into a five-star recruit in the 2022 class and eventually landed with the Longhorns.

So hold on tight, OSU fans. With early signing day not coming until Dec. 21, there could be some twists and turns ahead.

As of now, OSU has an 11-man class for 2023 which ranks 64th nationally. At Big 12 Media Days, Gundy warned this likely wouldn’t be a traditional class of 25 because of some players taking COVID years with the scholarship limit.