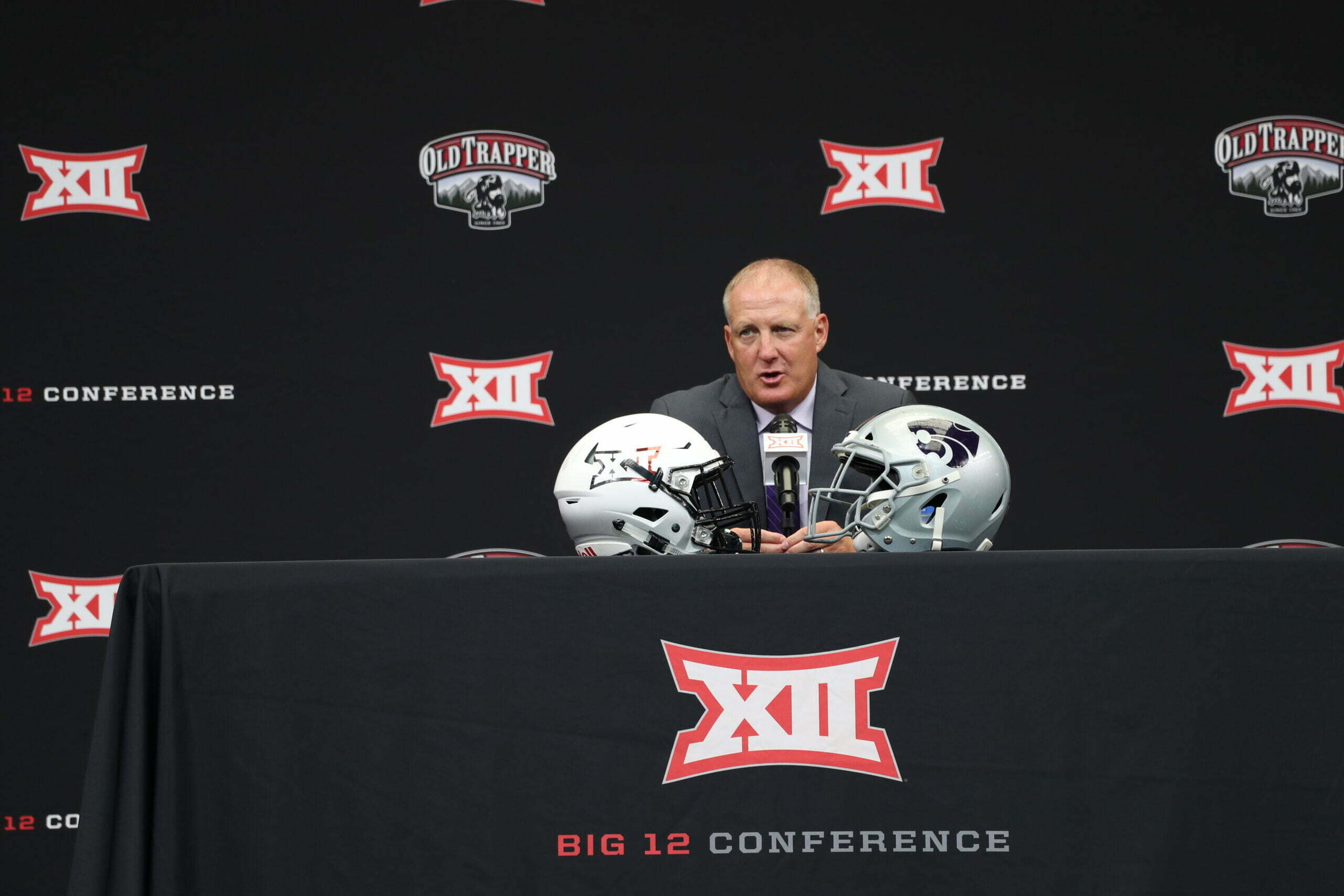 The battle for second place in the Big 12 takes place Saturday in Manhattan, as Chris Klieman and his Wildcats look to get a tighter grip on a spot in the Big 12 title game.

Klieman, in his fourth season with Kansas State, spoke with reporters Tuesday to preview K-State’s clash with Oklahoma State. Here are three things that stood out.

Adrian Martinez threw only two passes and had one rushing attempt in K-State’s loss against TCU before leaving after the first drive with a lower-body injury. On Monday, Mike Gundy sounded confident Martinez would be able to play this weekend, but Klieman sounded less certain.

Should Martinez not play, the offense would be handed to Will Howard, a junior who has played in the past for the Wildcats. He also left last Saturday’s game with an injury but was able to return. Klieman said Howard would be available this week.

Outside of QB, there are other injuries K-State is dealing with. Linebacker Daniel Green left in the first quarter of the Wildcats’ game in Fort Worth and didn’t return. Green has 27 total tackles and two interceptions on the season.

Corner Julius Brents also dealt with injury throughout the TCU game. Brents has 31 total tackles and an INT this season. Safety Josh Hayes is in a similar boat. Hayes has 39 tackles this season.

“We’ve got a lot of guys beat up that I don’t probably have a lot of information for you just after a Monday practice,” Klieman said. “We’ll see who’s available.”

K-State kicker Chris Tennant is just 1-for-4 on this past four field-goal attempts.

Klieman said Tuesday the team is going to allow some other guys to have a shot in practice this week in Ty Zentner, who also punts for the Wildcats, and freshman Leyton Simmering. The pair of Zentner and Simmering are a combined 0-for-1 on field-goal attempts for their career, whereas Tennant is 14-for-22.

“Not that we’re truly opening the competition, but we’re gonna have some competition out there this week,” Klieman said. “I think that’ll fuel Chris. … We’re gonna kick another day this week than we typically would and see how it plays out.”

A common theme is emerging when other Big 12 quarterbacks talk Spencer Sanders — his competitiveness.

“He’s a competitor,” Klieman said. “We’re going into the fire to the next one from (Max) Duggan to Spencer Sanders. Spencer Sanders has been really good against us the last three years. He’s got a good supporting cast. They’re big up front. He’s got a number of people that he can distribute the ball to. He can beat you with his arm, and he can beat you with his legs.

In his career against K-State, Sanders is 3-0 and has completed 52-of-82 passes (63%), having thrown for 605 yards, three touchdowns and two interceptions. He has also ran for 79 yards and a touchdown.