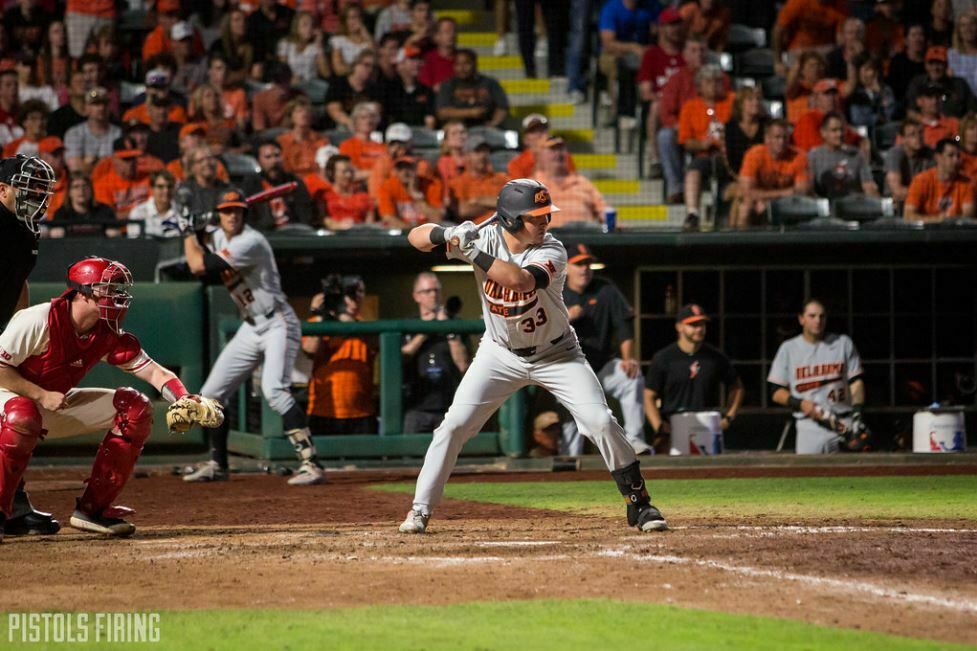 Day 3 of the MLB Draft has come and gone, and a whole slew of Cowboys heard their names called in the later rounds. Tuesday, two members of OSU’s bullpen were drafted, and Wednesday another member of Rob Walton’s staff got things going.

The left-handed pitcher owns a 1-0 record and a 1.74 ERA in just 10 1/3 innings this year. He has 15 strikeouts on the year. The junior recorded seven starts over his first two seasons at OSU coming into this year.

The Rockies selected the Big 12’s biggest home run threat. Boone’s three-run dinger that renamed Cickasaw Bricktown Ballpark was homer No. 20 on the season. Boone’s 54 RBI ranks second in the Big 12, as does his .636 slugging percentage.

A dream come true. Thankful for the opportunity and can’t wait to get after it! Go Orioles!!! But first, the Pokes have some business to take care of. https://t.co/HAOtUG2OuH

In his one season at OSU after transferring from Cuesta Community College, the junior sits at 12 home runs on the year. He’s batted in 42 runs, and his 54 scored runs leads the team and is T5 in the conference.

Blessed for this opportunity, ready to get to work, but first the pokes have some business to take care of in supers! Let’s go! https://t.co/yrzYnGjW0w

The junior right-handed pitcher came to OSU last offseason after two years at Weatherford Junior College. During his single season in orange, he boasted a 5-2 record as a starter and one save. He holds a 4.94 ERA with 50 strikeouts in 47 1/3 innings pitched.

The Rockies are apparently looking for big-play threats, adding the Big 12’s third-leading home run hitter (15) to go along with its first in Boone, who they selected 11 rounds earlier. The senior catcher/DH has batted in 52 runs (fourth in the league) and holds a .241 batting average.