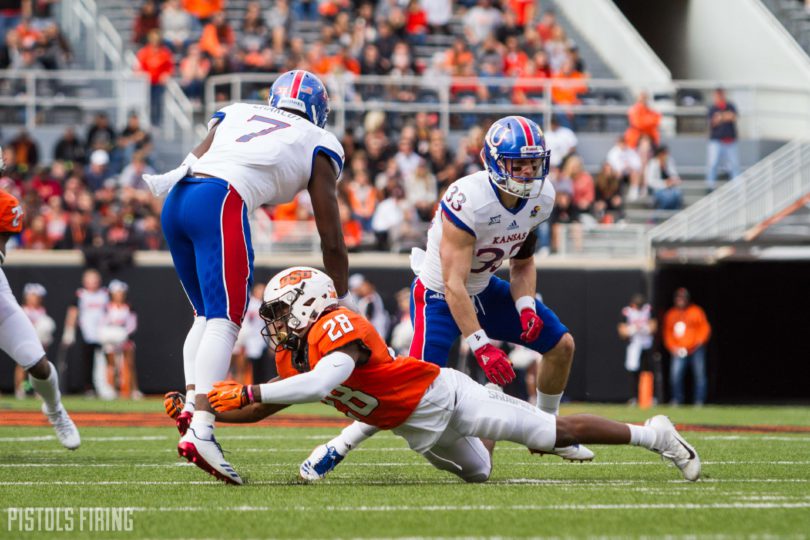 Oklahoma State (2-0) faces Kansas (0-2) on Saturday in its road-opener for 2020. The Cowboys opened as 21.5 point favorites but are now 22.5 point favorites, according to the sportsbook William Hill. It’s the largest margin they’ve been favored in all season.

The game kicks at 2:30 p.m. Saturday, and here’s everything you need to know to be prepared for action.

On the ESPN broadcast, Dave Pasch, Mike Golic and Quint Kessenich will be on the call. The radio broadcast will be carried live on the Cowboy Radio Network with Dave Hunziker handling play-by-play, John Holcomb providing analysis and Robert Allen reporting from the sideline.