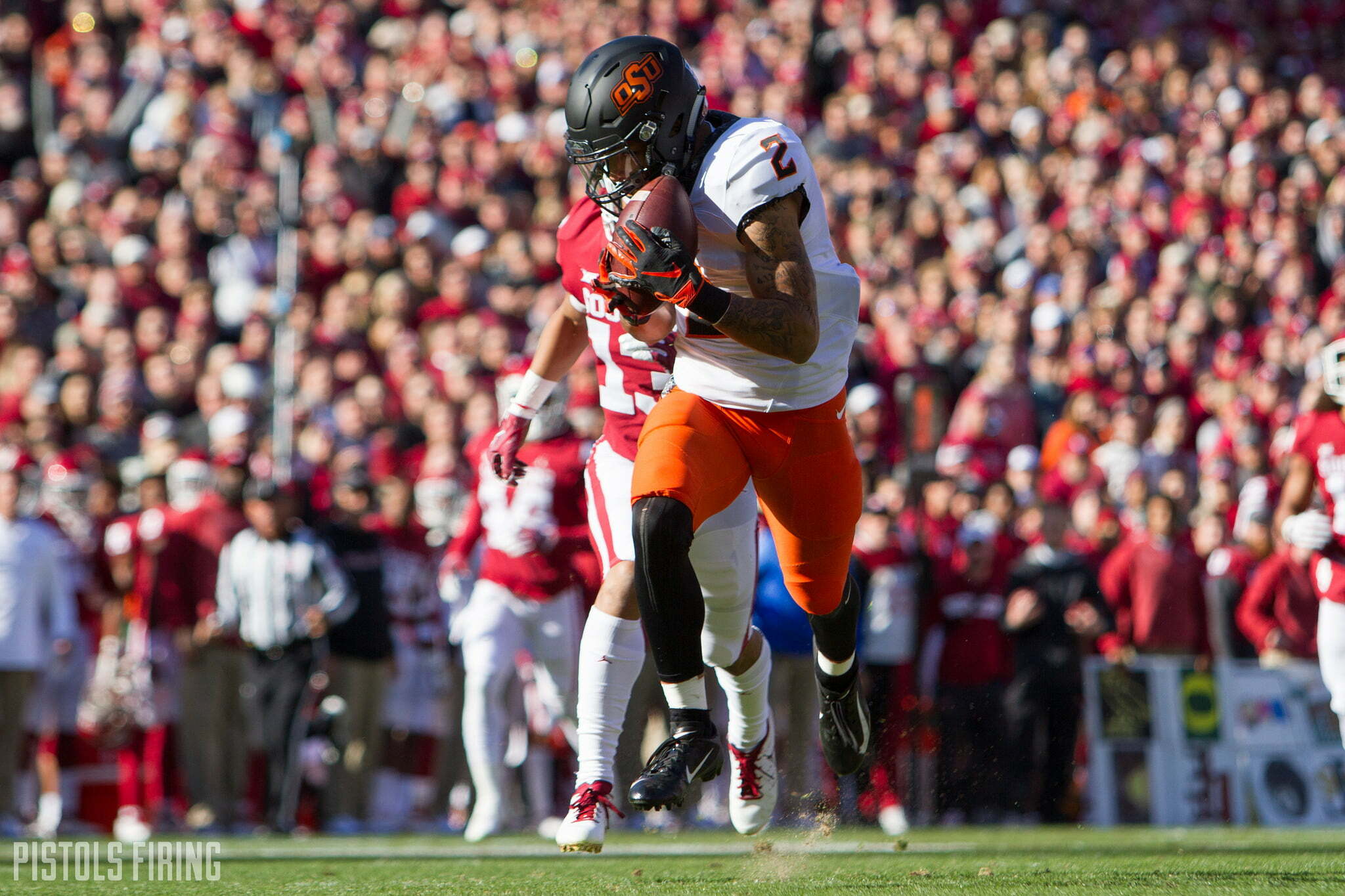 After Oklahoma State placed three Pokes — running back Justice Hill, wide receiver Tylan Wallace and defensive end Jordan Brailford — on the All-Big 12 first team (as voted by Big 12 coaches), only Wallace made the AP squad (as voted by Big 12 media).

That teams were released on Friday, and only Wallace was on the first team, and even that was narrow. Wallace tied with Antoine Wesley and Marquise Brown as two receiver slots on the first team went to three players.

The AP, mercifully, doesn’t do third teams or honorable mention or Left Tackle of the Year so those three Pokes were the only ones who accumulated any awards.

Alex Barnes (Kansas State) and David Montgomery (Iowa State) were the first-team RBs ahead of Hill. Pooka Williams, who was first team with Hill according to the coaches, was on the AP second team.

Here’s a look at the first and second teams. Kyler Murray and Lincoln Riley won all the stuff. New year, new names, same story. Here are all the teams by players on the first team.